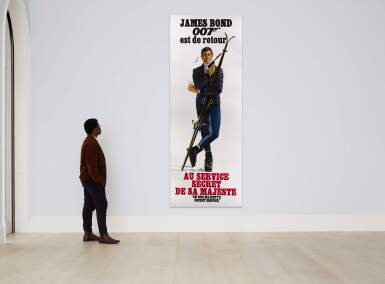 This large French poster was printed in two sheets, designed to be overlapped when pasted to billboards.

This film was the sixth in the James Bond series produced by Eon Productions. It was directed by Peter R. Hunt, and stars George Lazenby as 007, a role that he would only play this one time. As with previous films, it was based on an Ian Fleming novel.