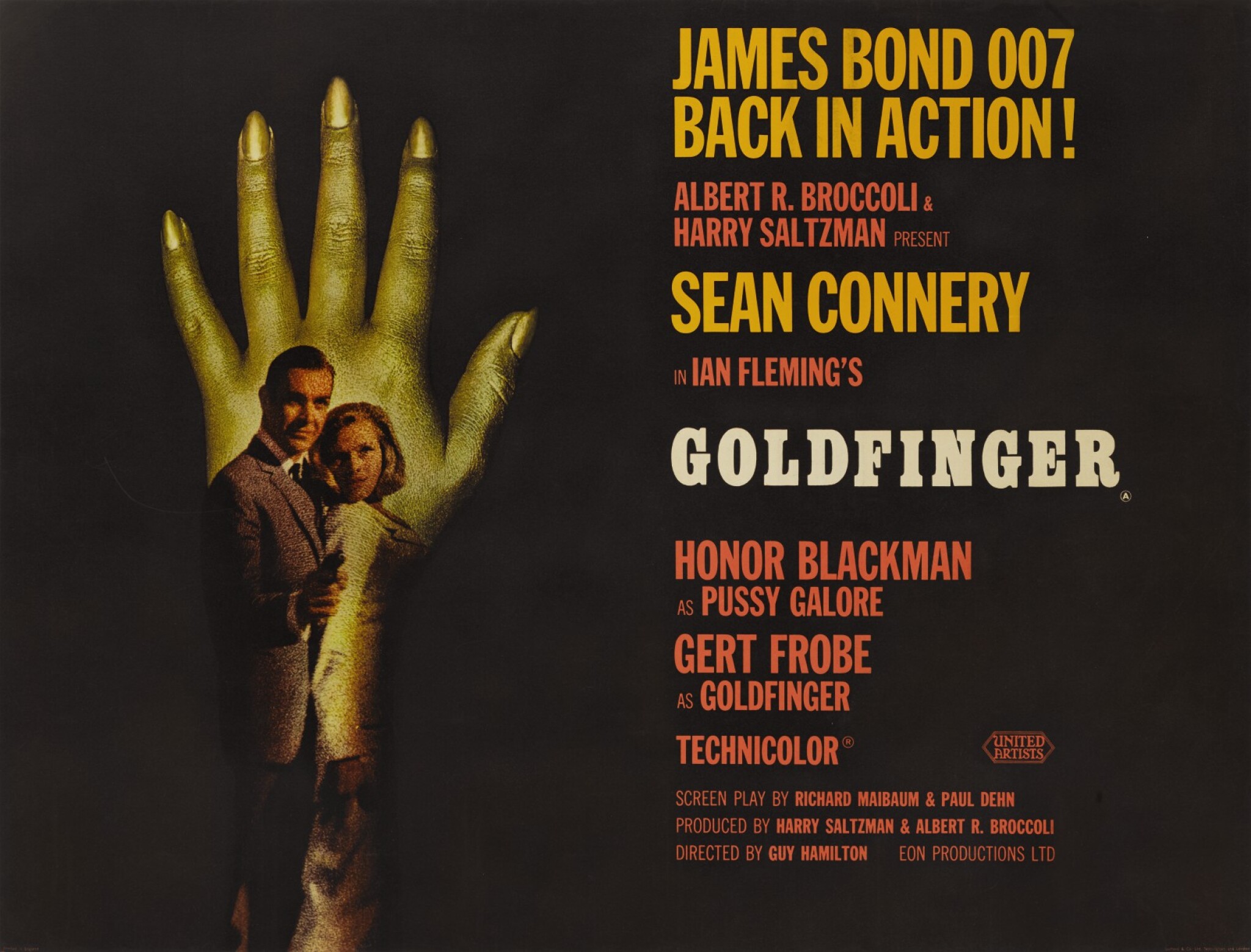 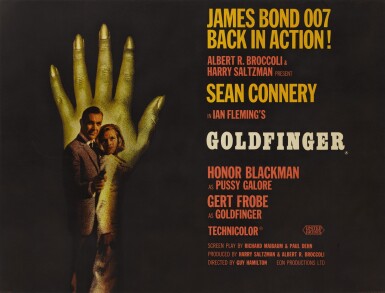 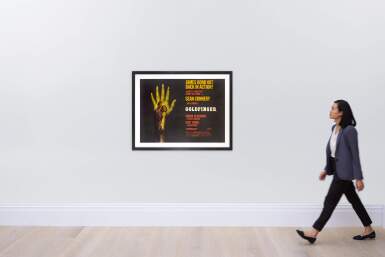 The style A poster shown in the previous lot was the main British poster used for the advertising campaign. However, Ireland was extremely sensitive to the provocative scantily clad golden image of Shirley Eaton, who played Jill Masterson, and therefore this style B (hand design) was created.

Excellent condition, with the colours remaining very bright. There are a few minor surface creases, and minor wear to a couple of the yellow letters in the title.