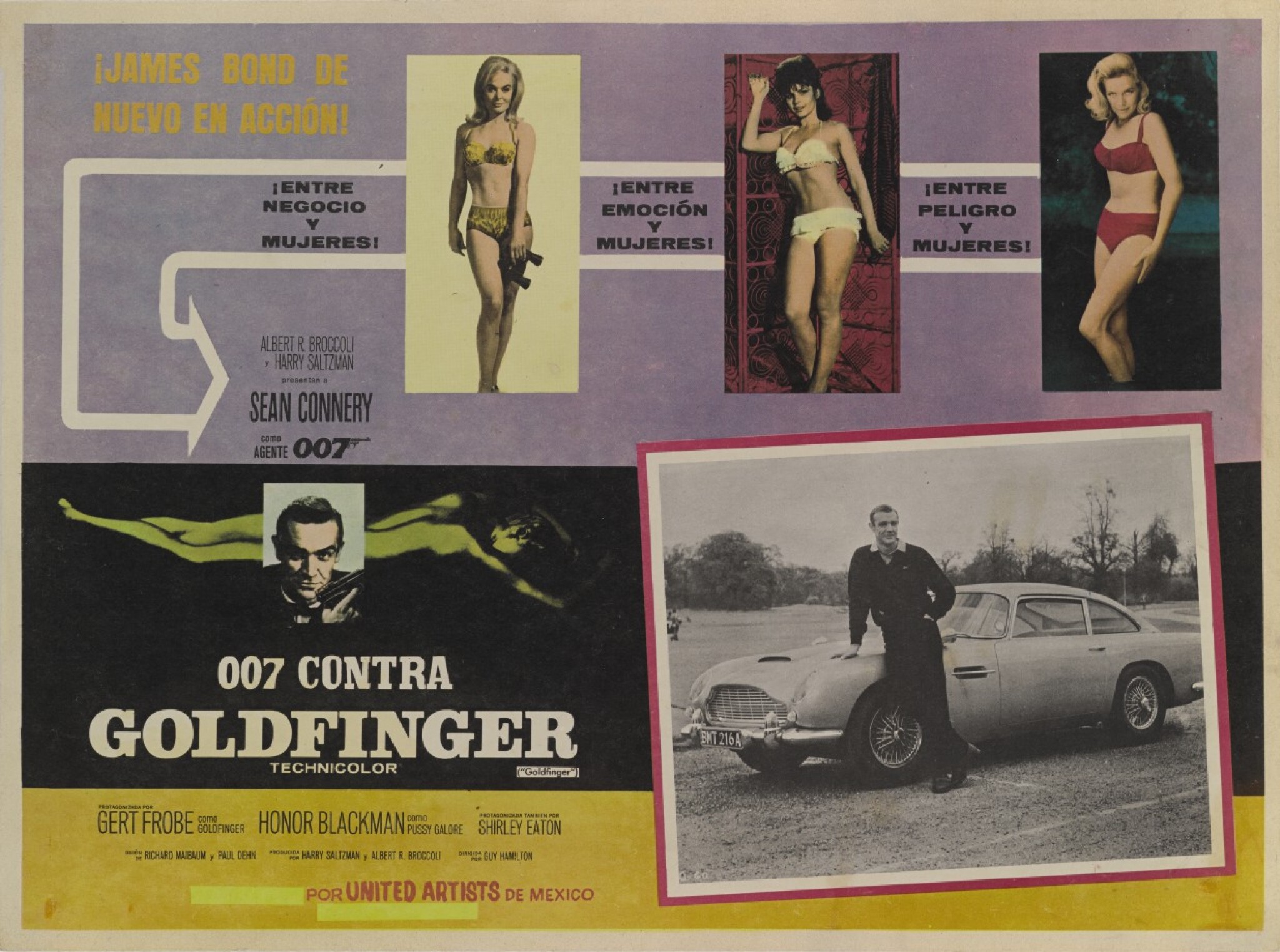 Although James Bond's Aston Martin DB5 features prominently in many of the films, it only appears on very few poster, this being one of them.