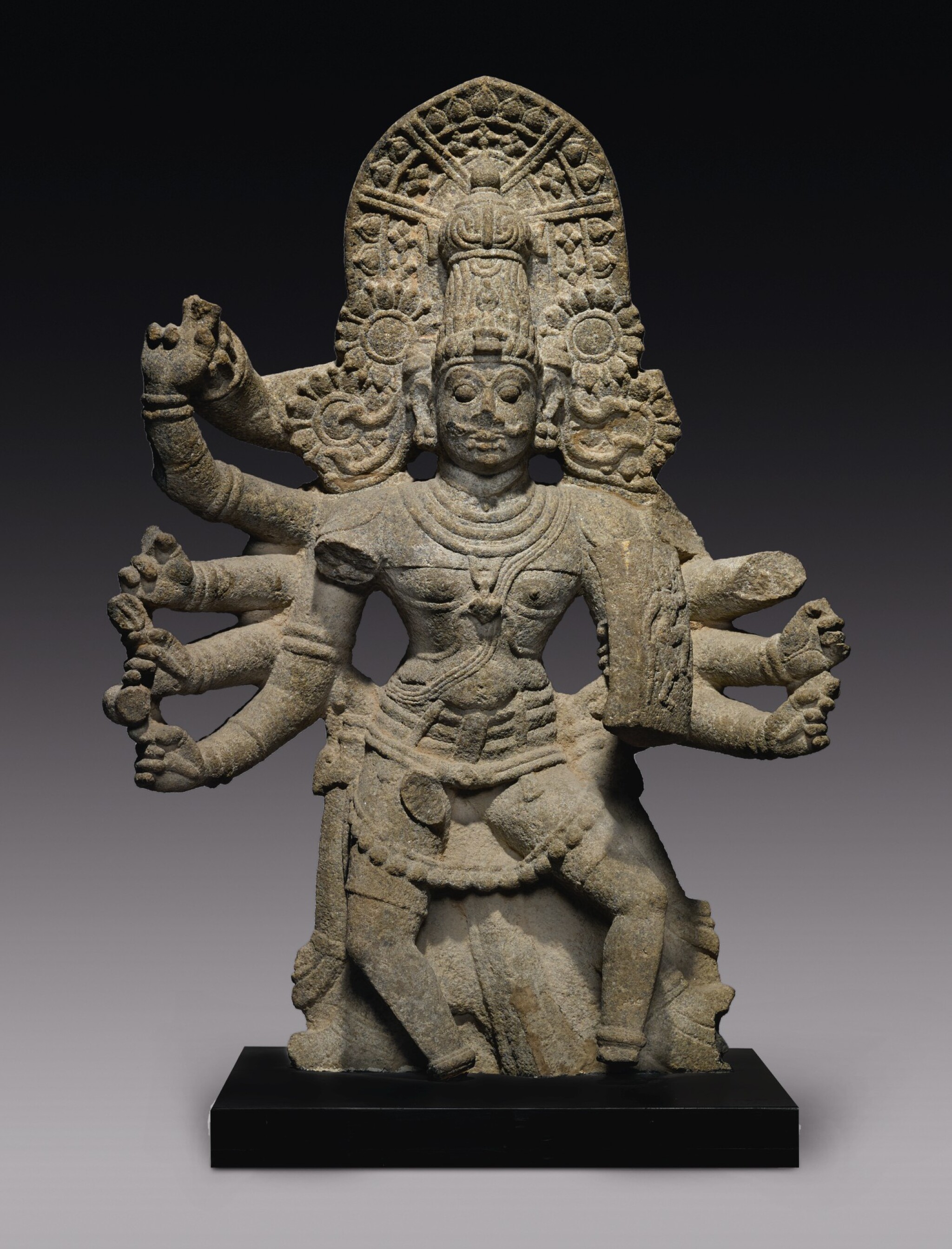 the ferocious aspect of Shiva standing in a threatening attitude and holding attributes in his ten arms including a shield, rattle drum, trident, and snake and wearing a short dhoti, garland of skulls, meditation cord, triple-collar suspending a central quatrefoil amulet, and cape around his shoulders, his face with fierce expression, fangs bared, bulging round eyes, and arched eyebrows in relief, a nimbus carved with lotus buds and rosettes behind his head

Virabhadra is revered as a fierce warrior-like emanation of Lord Shiva. According to legend, Daksha, the son of Brahma, excluded the mendicant Shiva, husband of his youngest daughter Sati, from an important sacrificial ritual. When Shiva arrived at the gathering regardless, to occupy his rightful place as Daksha’s son-in-law, he was insulted by the latter. Out of despair at this humiliation, the devoted Sati threw herself into the sacred ceremonial fire. Shiva in his grief and rage took revenge by manifesting as a fierce warrior god – Virabhadra – and leading his army to destroy Daksha and his sacrifice.

The present sculpture portrays a fierce deity with ten arms holding a shield which depicts a leaping warrior figure. Although most of the implements are now missing, the wrathful countenance and striding stance refer unquestionably to a war god. The frontality of the figure, the prominent musculature of the abdomen, the bulging eyes, and decorative patterning of the halo suggest a 16th/17th Century date for the sculpture. Compare the image to another warrior figure from the Meenakshi Temple, see V. Krishnan The Great Temple of Madurai Meenakshi, Tamil Nadu, 2015, p 52.