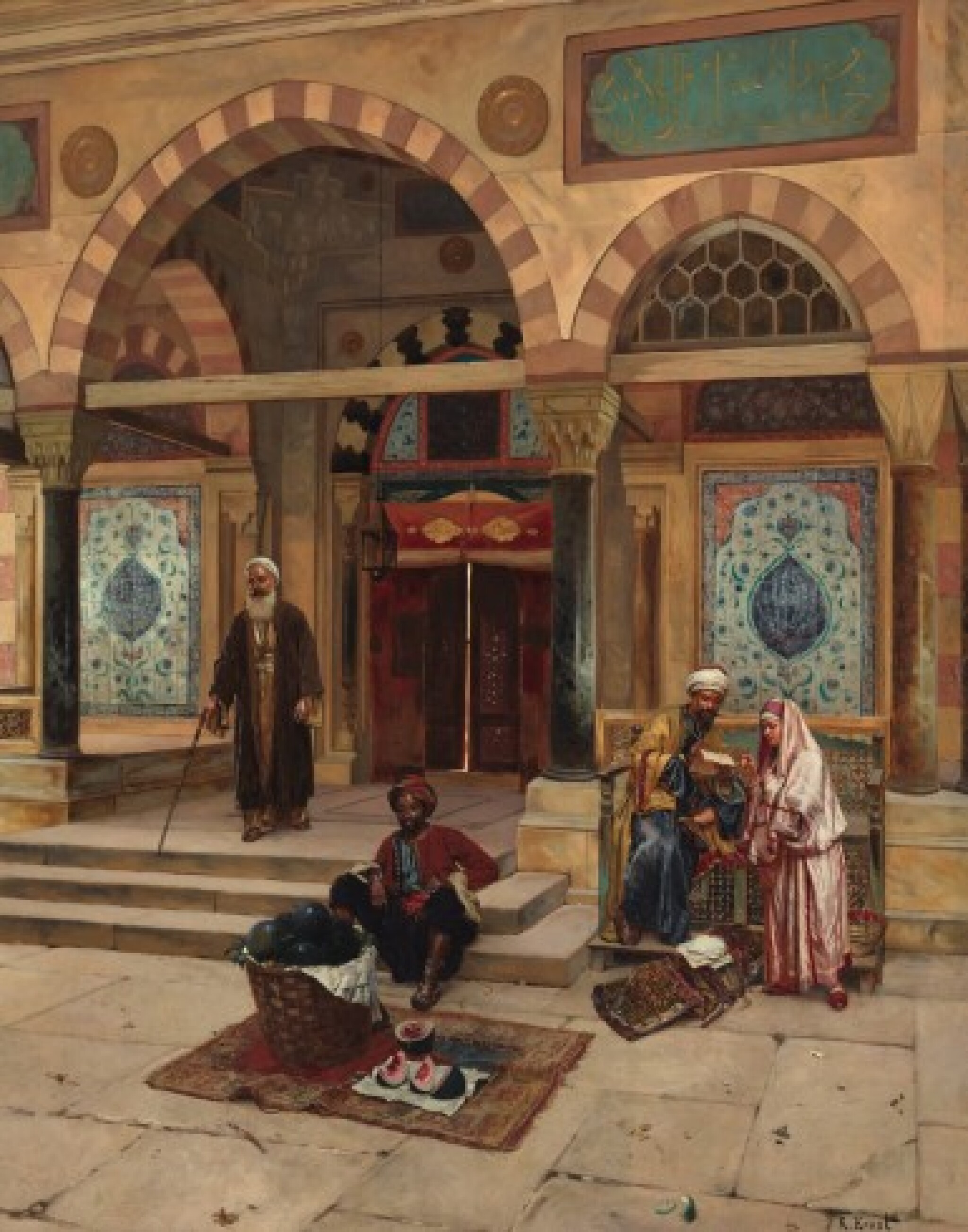 The panel is flat, even, and ensuring a stable support. There are two horizontal batons along the top and lower edges respectively.

There are some small spots of rubbing with some associated paint loss in the extreme right framing edge.

Inspection under ultra-violet light reveals an even layer of residual varnish. Some scattered, minor spots and strokes of strengthening are visible, notably in the vault in the upper left quadrant and in the lunette in the upper right.

Otherwise, this painting is in good condition and ready to hang.

In 1890, Ernst travelled to Constantinople, a trip which would have a profound impact on his artistic output, hitherto focused on Moorish and North African subjects. Working from photos or his own sketches and memory, he made a series of paintings of mosques seen from outside and inside.

Here, Ernst depicts the façade of the Selim Türbe, Sultan Selim's tomb, in the precincts of Hagia Sophia. As an avid ceramicist himself, who learnt the technique from commercial potter and glass-maker Léon Fargue in Paris, he observed the two Iznik tile panels flanking the entrance with particular interest and accuracy; the pale green cartouche proclaims the shahada, or the Islamic declaration of faith: 'There is only one God, and his Prophet is Mohamed.'

Under the reformist Sultan Mahmud II, the capital of the Ottoman Empire experienced rapid modernisation and westernisation: the Orient Express railway service, inaugurated in 1871, directly linked the city to Paris. Women wore the latest fashions imported from across Europe. The School of Fine Arts, established by Osman Hamdy Bey, employed French, German and Italian painters to teach Turkish students the European figurative style of painting. Nevertheless, Ernst preferred to focus on Turkey’s traditional Muslim heritage, skills and trades. Here, a woman employs the services of a scribe to read or interpret a letter for her, while a fruit seller sits on the steps offering slices of melon to worshippers and passers-by.