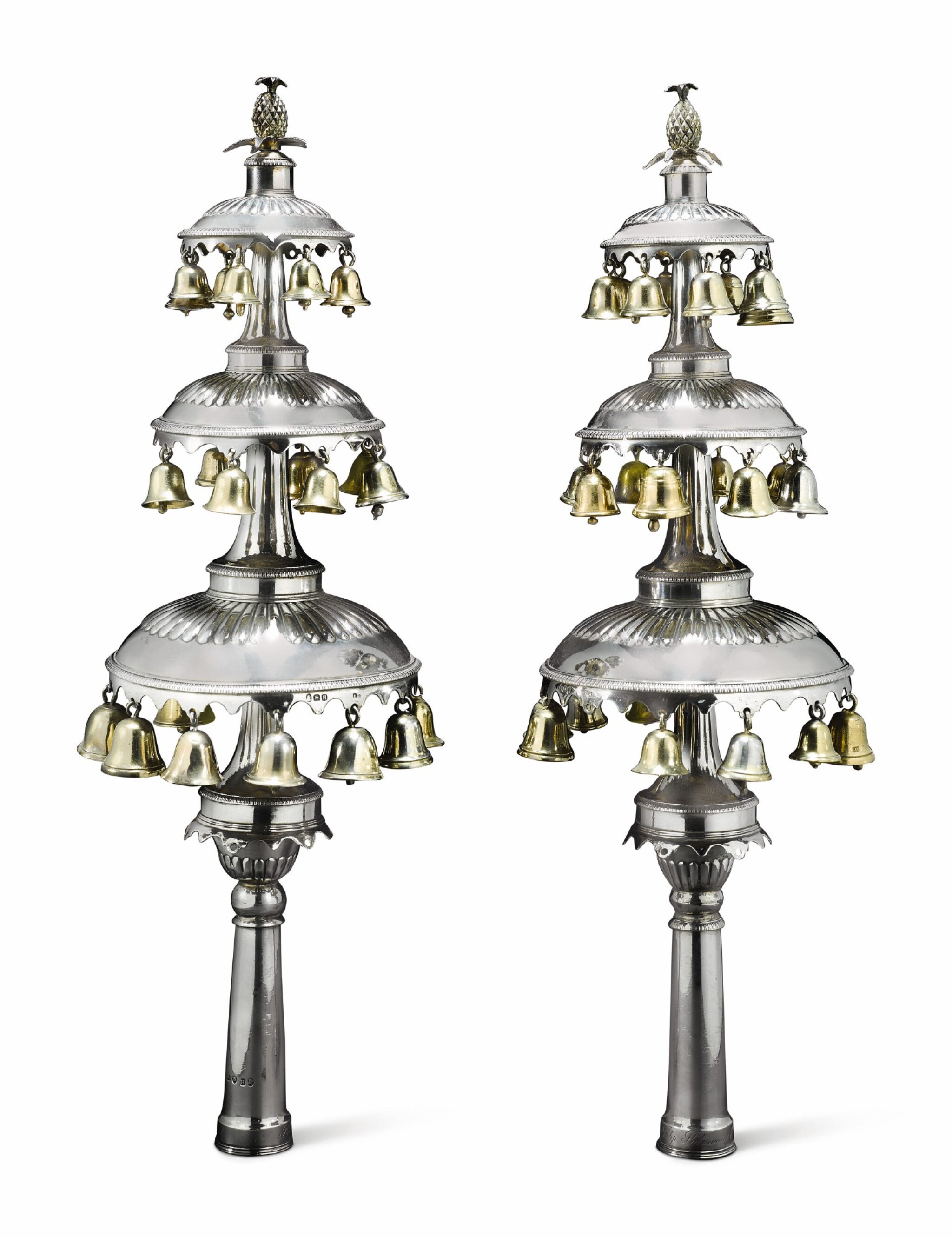 Most bells not marked and later, repairs where supports rise from staves. One with solder repairs to the middle of all the lower level of scroll ribs; the other with opening cracks in the same spot, each lack three large and one small bell. Both require straightening.

Philip Salomons, London and Hove (1796-1867)
Probably acquired after his death specifically for the Central Synagogue, which had found a site for their new building in November 1866, with funds for the building committed starting in 1868.
Central Synagogue, Great Portland Street, London
A.G. Grimwade et al., Treasures of a London Temple, London, 1951, p. 19.

These unusually-shaped finials recall the early 19th century interest in Chinese forms, perhaps taken to its greatest extent in the decoration of Brighton Pavilion. Bell-hung umbrellas or parasols are a staple of European views of Chinese figures from the late 17th century, and would have been appreciated as fashionable and exotic.

Silversmith John Robins entered his first mark in 1774, and after several locations moved to Clerkenwell Green in 1794. He made a pair of Torah Finials and a Pointer for the synagogue in Plymouth in 1783, now in the North Carolina Museum of Art, and probably a pair of scroll mounts at Bevis Marks. His unusual Chinese-style finials were appreciated enough to be copied for Central Synagogue in the late 19th century (see following lot).

For information on Philip Salomons, see notes to lo lots 19-25 of the Sassoon Sale, selling immediately before this collection.