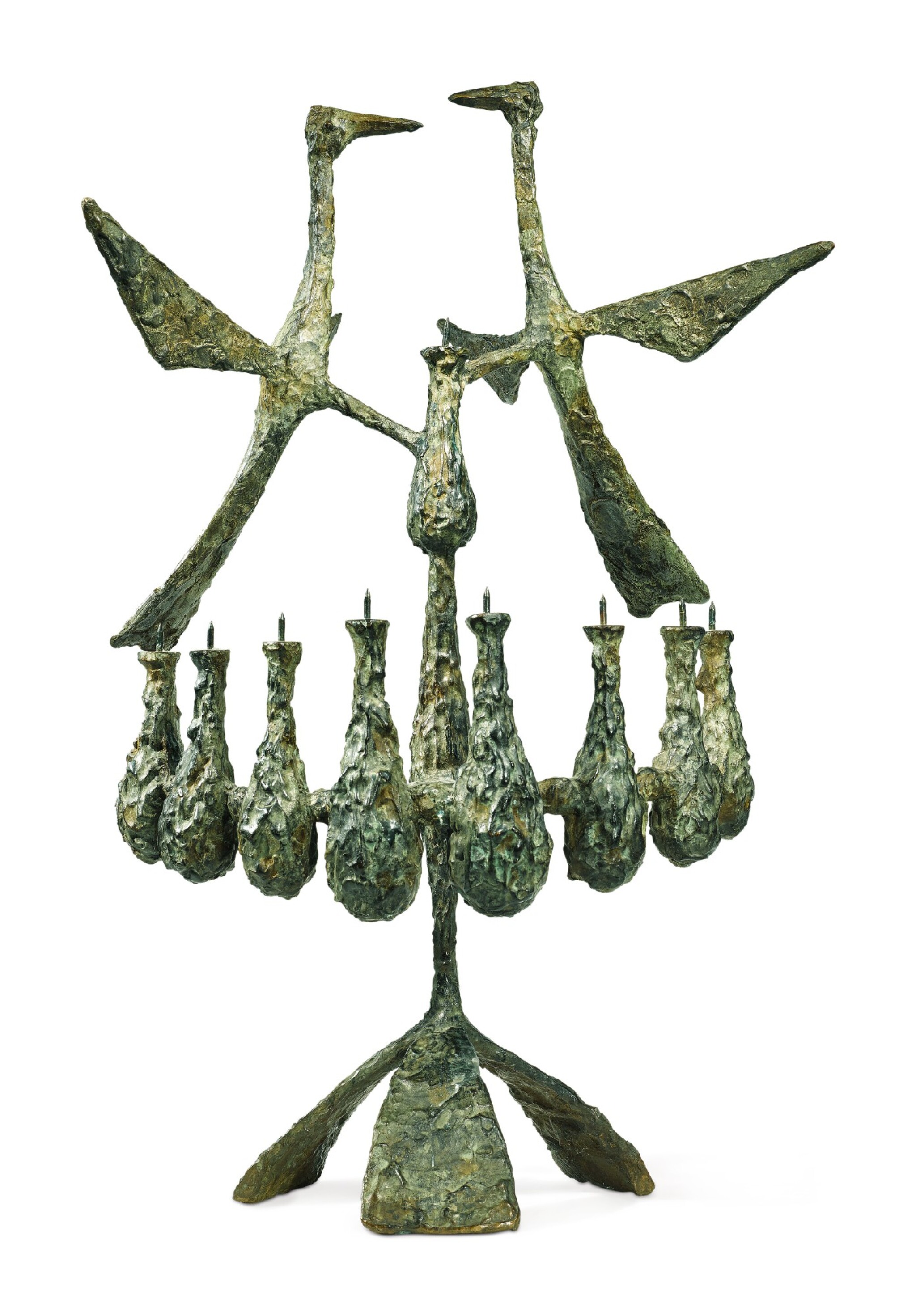 the patinated and textured bronze sculpture comprised of two birds with wings spread over a a semi-circular band of candle holders, the service candle rising in the center, supported by a splayed tripod base

signed and dated on the foot "Chaim Gross 1960"

A similar piece is found on The Renee & Chaim Gross Foundation website, https://www.rcgrossfoundation.org/chaim-gross/sculpture/judaica

Chaim Gross (1902-1991) was a Jewish sculptor and educator. Born in Wolowa, Galicia in 1902 and spent many of his early years fleeing the tumult in of World War I. After the war, he moved to Budapest, and studied at the city's academy of art until being deported after Miklos Horthy expelled Jews and foreigners from the country. He continued his education at the Kunstgewerbeschule in Vienna before emigrating to New York City in 1921. In New York, Gross studied at the Educational Alliance where he first exhibited his artwork and later joined the faculty. He furthered his education at the Beaux-Arts Institute and then at the Art Students League in 1926, the same year he began to exhibit sculpture at the Bronx’s Jewish Art Center, and then at the Anderson Galleries at 59th Street and Park Avenue. At this point he began to have solo exhibitions and become well known. In 1933 he joined what became the WPA (Works Progress Administration), and created works for Federal buildings, and the 1939 NY World’s Fair.

In the 1950s he increased his use of bronze and went to Rome to work with important bronze foundries. His sculptures were exhibited at The Whitney Museum of American Art among other institutions. By the 1970s Gross was the subject of three retrospectives, multiple monographs, and in 1984, he was inducted into the American Academy of Arts and Letters. Gross married Renee Nechin (1909-2005), and they had two children, Yehudah and Mimi, the latter who was also an artist and married to Red Grooms. In 1974, the Renee & Chaim Gross Foundation was created and continues today.