PROPERTY FROM A FLORIDA ESTATE 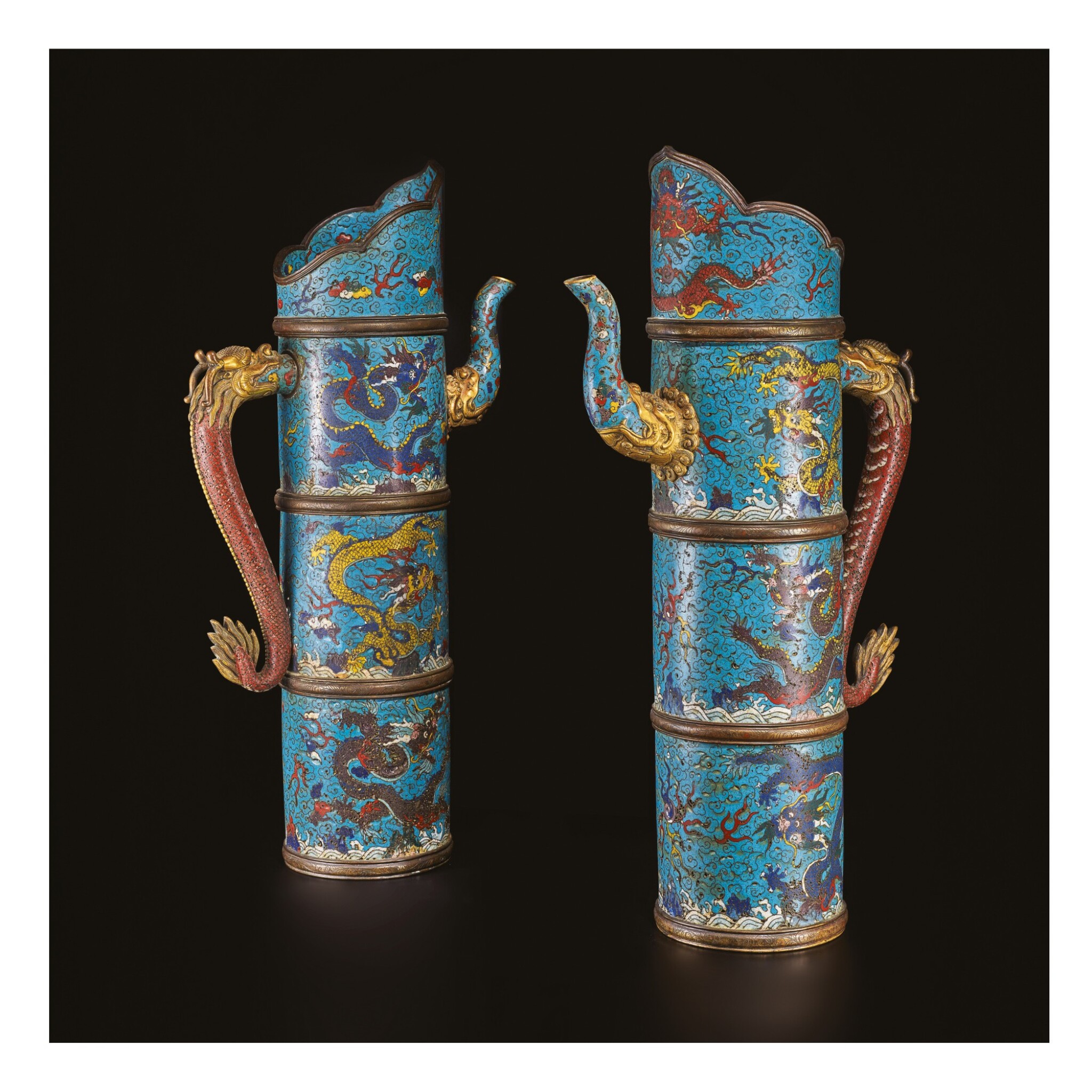 PROPERTY FROM A FLORIDA ESTATE

each of cylindrical section subdivided into three registers with horizontal gilt-copper bands incised with foliate scroll, below a lobed crown rim resembling a monk’s cap, an enameled spout issuing from the mouth of a gilded mythical beast with a collar of curled tufts of fur, set opposite an 'S'-curved dragon-headed handle with a scaly up-turned fishtail body of red cloisonné, each of the body's registers with a pair of confronting five-clawed dragons enameled in blue, yellow, and aubergine, writhing among ruyi cloud scrolls and flame wisps in pursuit of 'Flaming Pearls' above tumultuous waves crashing on rocky mountains, all reserved against a turquoise ground of clouds, the top crown similarly decorated on the front with a frontal red dragon curled around a 'Flaming Pearls' amidst cloud scrolls and flame wisps, the interior of the crown with a large 'Flaming Pearls', the circular cover with a front-facing red-enameled dragon coiled around a gilt bud finial (4)

Each ewer has consolidation to the area where the spout joins the body. One ewer also has a few small infilled repairs to the enamels. Otherwise, both ewers and covers are in general good condition with some scattered small shallow flakes and losses to the enamels and age-appropriate wear. Minor expected firing imperfections, including pitting to the enamels.

This pair of ewers are modeled after Tibetan prototypes and are known as duohumu, meaning ‘bucket of snow’. Ewers of this type were originally used in lamaist monasteries for storing butter, milk or wine. Originally made of wood with metal bands, the humble vessel was reinterpreted in various materials including cloisonné enamel, and thus transformed into a luxurious piece appropriate for use at court.