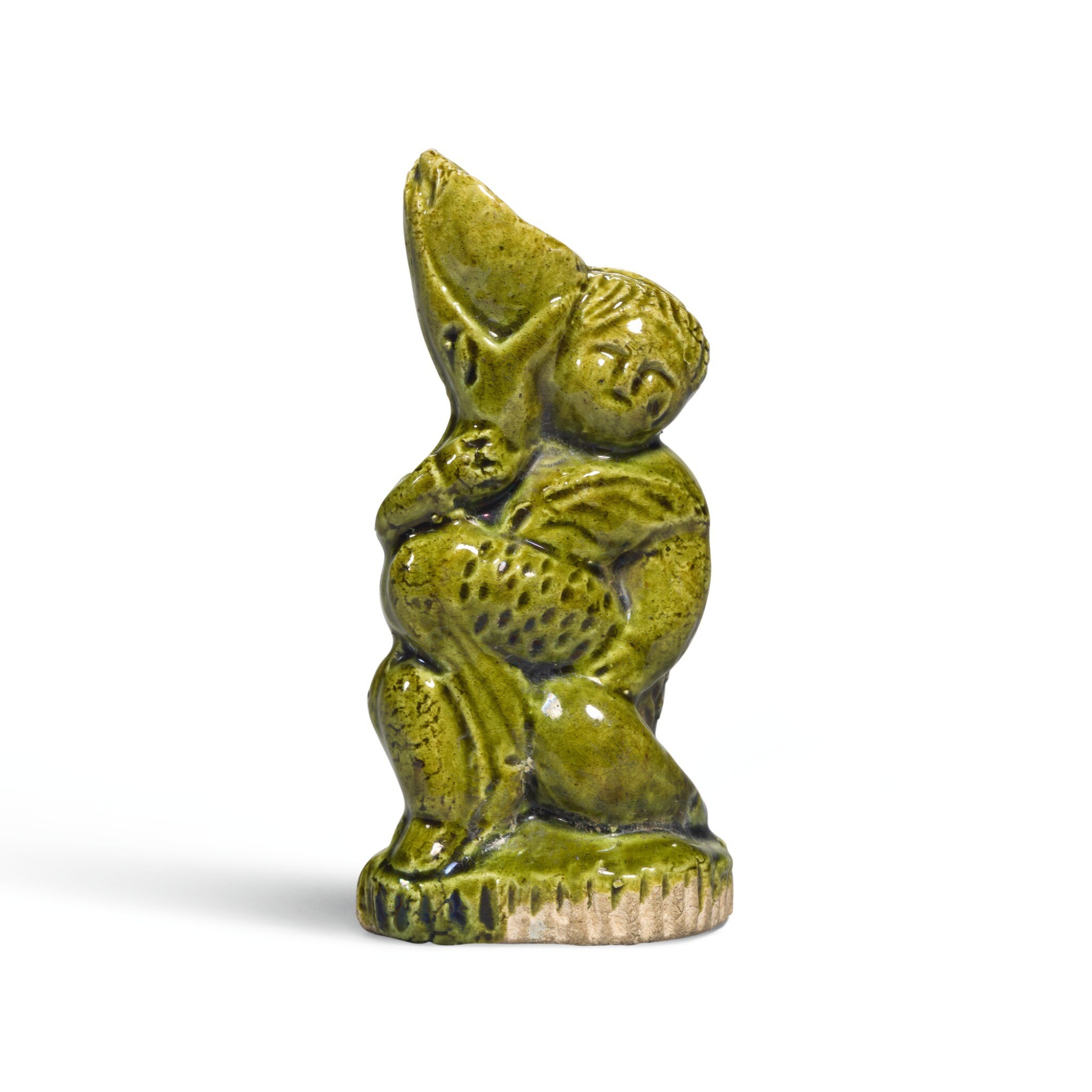 the kneeling boy holding a goose on his lap with its head held tight and with a funnel in its open beak, covered overall with a rich green glaze stopping above the base to reveal the buff body

The vessel is in good condition.

This playful miniature vessel belongs to a well-known group of earthenware funerary figures of wine merchants. More commonly known of much larger size, they depict foreign male or female figures holding either a wineskin bag or a ceramic vessel in the form of a goose or a lion with a stopper. Fragrant grape wine, as opposed to rice wine, was an expensive commodity imported from Western Asia and popular among the upper echelons of Tang society. While wine became more accessible in the 8th century, after a new variety of grapes began to be grown in Turfan, Gansu province, and in northern Shanxi province, imported wine continued to be sought after.

Such miniature figures of wine merchants were most likely made at the Gongyi kilns in Gongxian, Henan province, the main manufacturing centre of sancai ware in the Tang period. Moulds of miniature wine merchants were unearthed at the kiln site, and illustrated in Huangye Tang sancai yao/ Three-Colour Glazed Pottery Kilns of the Tang Dynasty at Huangye, Beijing, 2000, pl. 12, nos 5, 6 and 7. A figure of this type was excavated from the tomb of Lümiao, Luoyang, Henan province, and is now in the Luoyang Provincial Museum, illustrated in Luoyang Tang sancai/Tang Dynasty Tri-Colour Pottery of Luoyang, Beijing, 1980, pl. 91.