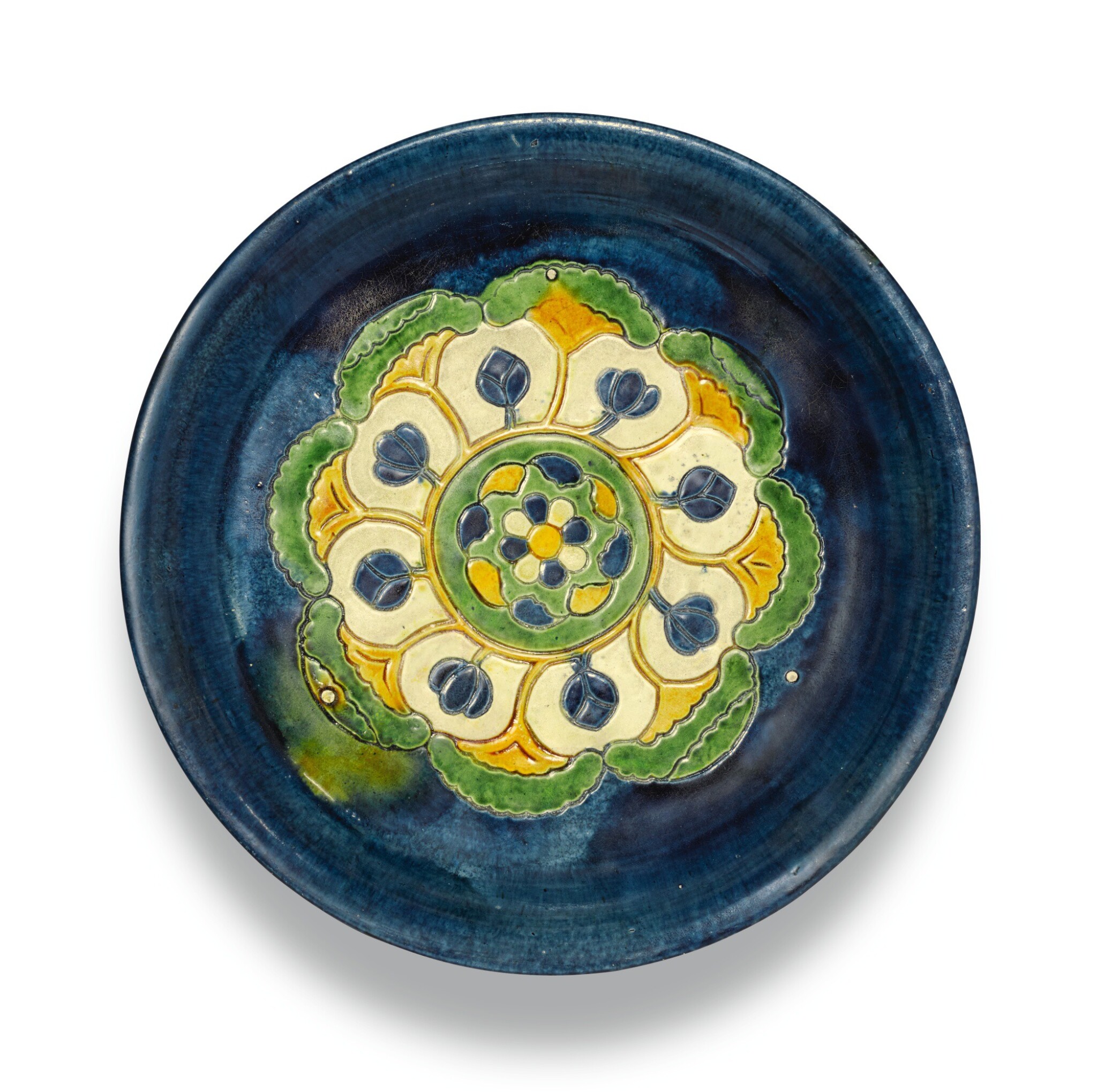 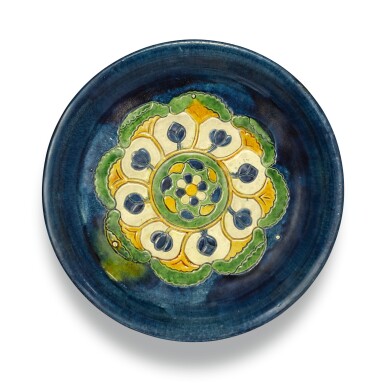 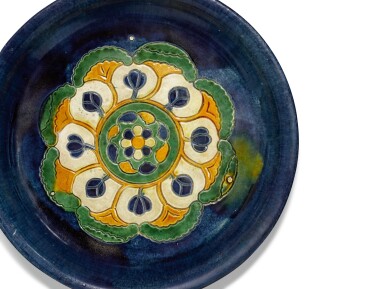 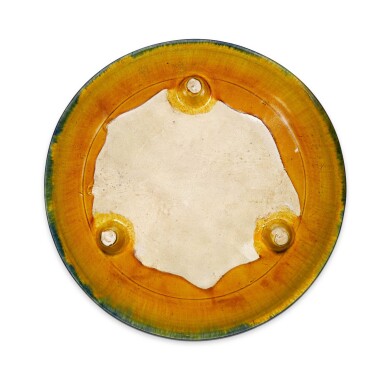 the shallow rounded sides rising from a flat base supported on three short cabriole legs, incised to the centre with a circular roundel enclosing a rosette encircled by petals, surrounded by alternating lotus leaves and small lotus buds borne on stems, picked out in amber, blue, green and straw-glazes, all reserved against a deep blue ground

Inspection under UV light reveals restored breaks to the rim extending into the sides across the body, with associated areas of overpainting.

Of all the ceramic wares made during the Tang dynasty, tripod dishes with such flamboyant floral designs in brilliant sancai enamels perhaps best illustrate the international spirit of the period. The intensification of trade via the Silk Route resulted in the emergence of new commercial cities throughout China, including the capital Chang’an, modern Xi’an, Shaanxi province, which became the largest city in the world. These bustling urban centres attracted an influx of foreigners who came from such disparate places as Central Asia, the Middle East, Africa, Rome, India and Japan. The goods they brought with them and their tastes strongly influenced the repertoire of Tang craftsmen. The moulded floral motif on this dish and the use of cobalt are examples of this interaction: the former was inspired by designs on Central Asian textiles, while the latter was an expensive pigment imported from Persia.

Tang potters took inspiration from a wide variety of sources, and often looked for inspiration at objects in more luxurious materials, such as silver. The characteristic form of this dish with three cabriole legs was inspired by contemporary silver offering trays, such as the lobed tray unearthed at the site of the Daming Palace, Xi’an, now in the National Museum of China, Beijing, accession no. 1101012180003610675715. These offering trays were held by the legs, as illustrated in a wall painting of a lady carrying such a tray tray, in the tomb of princess Fangling (d. 673) in Zhaoling, now preserved in the Shaanxi History Museum, Xi’an.

Dishes of similar design include one sold in our New York rooms, 4th December 1985, lot 176; another with a flat rim, sold in these rooms, 2nd March 1971, lot 123, and now in the Tokyo National Museum; and a third dish, with the blue stopping below the well, sold in these rooms, 9th December 1986, lot 56. See also a dish of this design, but on a green ground, in the Freer Gallery of Art, Washington D.C., accession no. F1949.13; and a dish with a plain white ground, in the Tokyo National Museum, accession no. TG-677.