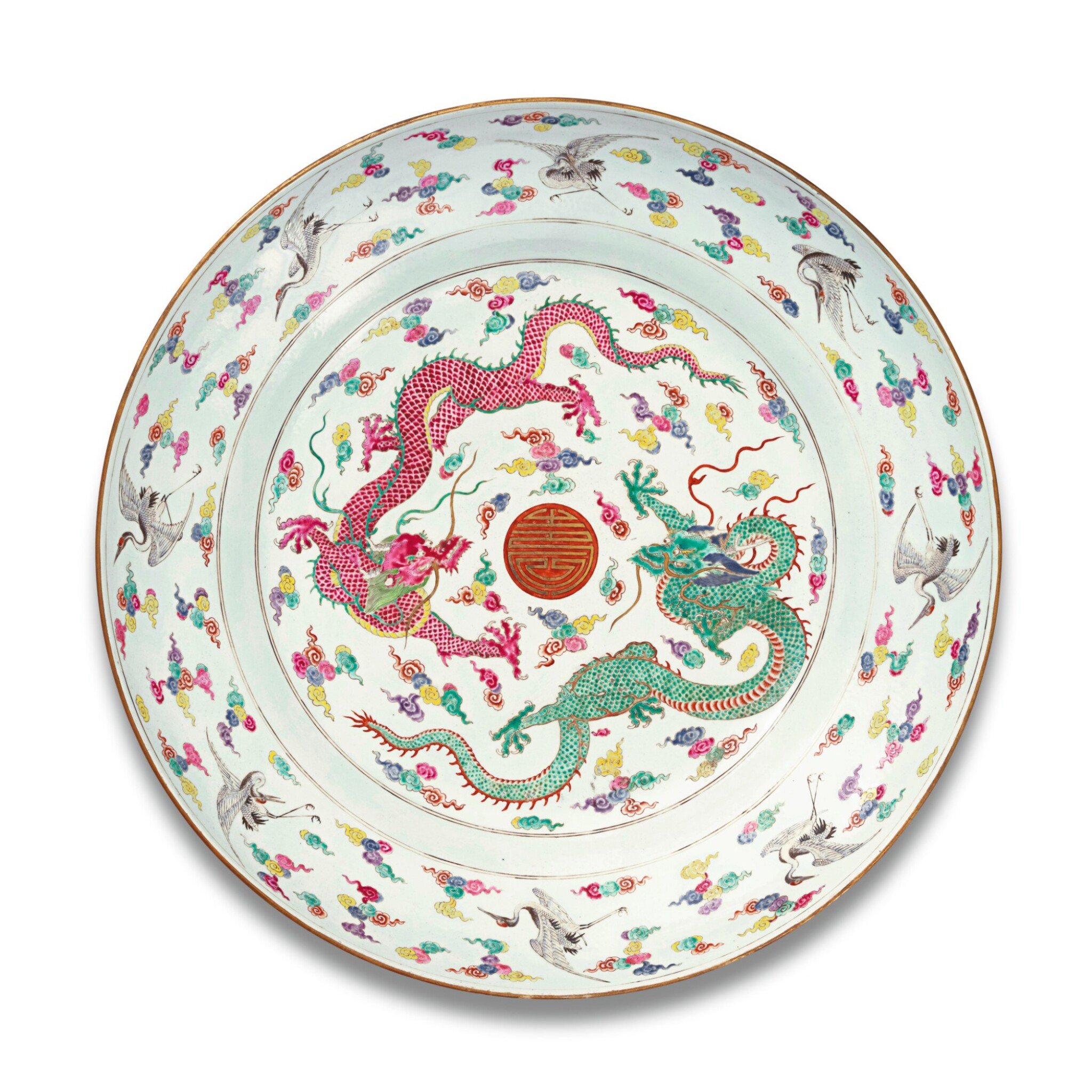 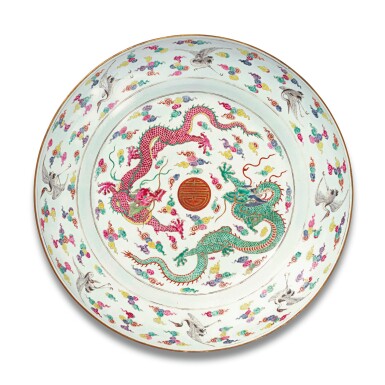 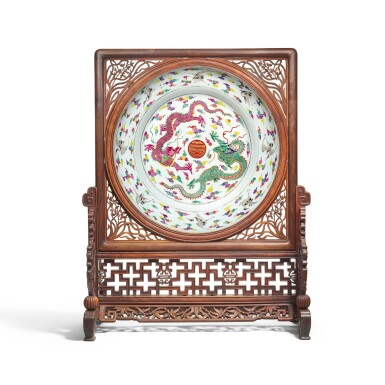 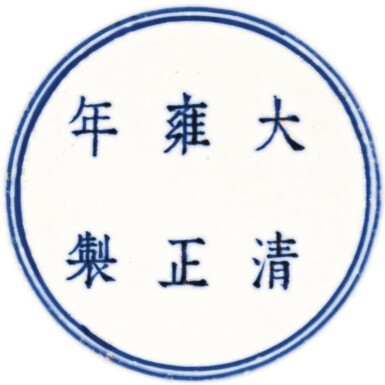 PROPERTY OF A EUROPEAN NOBLE FAMILY

of ogee shape with gently rounded sides rising to a broad everted rim, vividly painted to the interior in vibrant enamels with two sinuous five-clawed dragons, one depicted in vibrant pink, the other in bright green, with fierce expressions and powerful limbs, their long bodies enveloping and flanking a central shou medallion picked out in iron-red and gold, powerfully moving amidst multi-coloured clouds, the wide rim boldly painted with eight red-crested cranes flying among clouds, the exterior painted with ten iron-red bats hovering above tumultuous turquoise waves skirting the foot, the base with a six-character mark in underglaze blue within a double circle

The dish has has minute losses and crazing to the enamels, very light wear to some of the enamels, minute overall scattered firing imperfections, and light wear to the gilding on the rim. Otherwise it in good overall condition with very glossy enamels.

Acquired by an ancestor of the present owner who was a diplomat in China and who, on his return to Europe in the mid-19th century, brought back the dish in its wooden frame. By descent to the present owner.

This magnificent dish is striking for its impressive size and colourful design. Painted in vibrant colours of the famille-rose palette, the design is filled with powerful portents of good fortune and long life, suggesting that it may have been intended as an imperial birthday gift. The Yongzheng Emperor was fascinated by porcelains and other works of art decorated with highly auspicious designs. Having ascended the throne under slightly unusual circumstances, his right to rule was persistently challenged by rivals to the throne hence he believed in any form of auspicious portent reaffirming his right to rule.

On this dish two ferocious side-facing five-clawed dragons, symbols of the emperor, are painted in washes of pink and green enamels moving towards a central shou medallion. Small colourful wispy clouds, are scattered around the interior and rim of the charger. Known as wuse yun (five-coloured clouds), they were considered to be auspicious omens, their sightings announcing good fortune. The eight cranes on the rim and ten bats on the exterior carry further symbolic meanings: cranes were traditionally associated with longevity and eight cranes stood for the Eight Daoist Immortals. Red bats, on the other hand, are a visual pun for blessings, good fortune and longevity. The overall design painted in such vibrant and colourful enamels on this dish, is packed with potent and auspicious symbols and messages, responding to the Yongzheng emperor's need to constantly justify his right to rule.