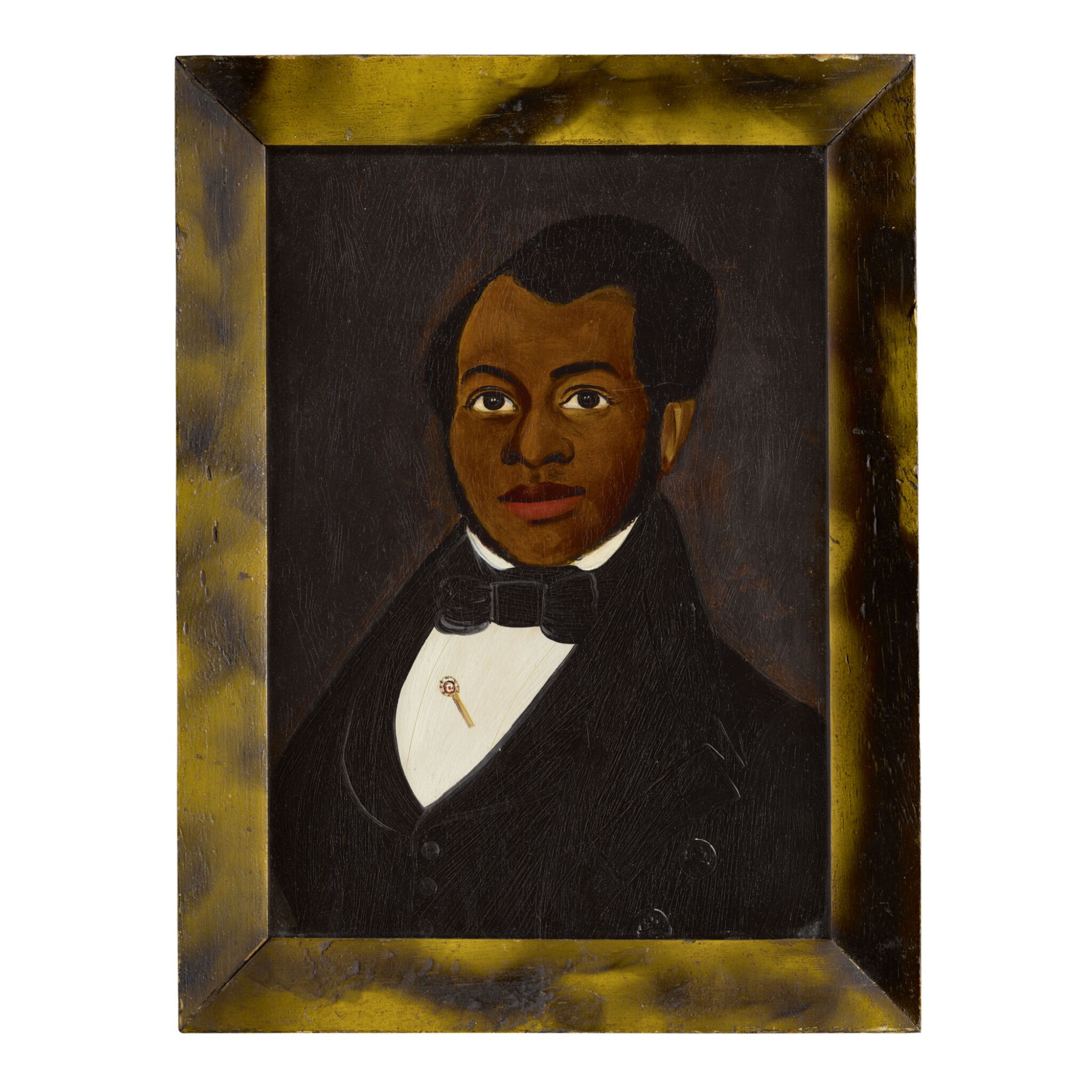 oil on artist board

In overall good condition. Some scattered inpainting above the sitter's head and to the proper left side, as well as the proper left side of his coat. Negligible areas of inpaint on his cheek and forehead. A heavy coat of varnish of a later date with general light craquelure.

The presence of African-American sitters in Prior’s work is expansive in comparison to other artists of his time, when racism in the United States flourished, even in the pro-Abolitionist city of Boston where Prior worked. Nevertheless, black sitters are still extremely rare and constitute less than one percent of the artist oeuvre. In some cases, Prior would sign his portraits of African-Americans both as an artistic statement and expression of his moral values. This portrait of a young black man is portrayed in Prior’s flat style, identical to the way in which he had portrayed white men (seen, for example, in the previous lot in this sale of the Bust Portrait of a Man with Sideburns). While the democratizing of portraiture was a result of the times, economy, and Prior's own religious and social convictions, it is evident that this portrait of the black gentleman was executed with equality in mind.

Skin may differ; but affection dwells in white and black just the same. There is [no] justice in . . . slavery . . . being inconsistent with God's government and inconsistent with our declaration and constitution as a nation. - William Matthew Prior, Empyrean Canopy, 1868.