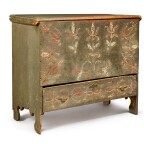 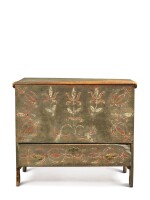 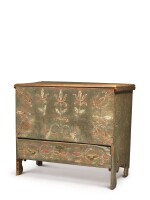 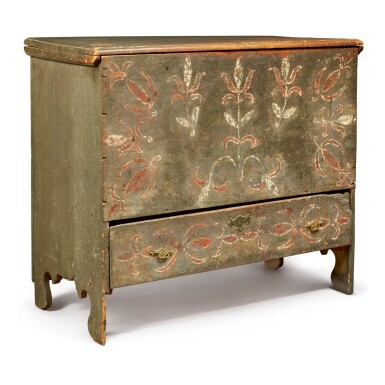 Property from the Collection of Anne H. & Frederick Vogel III

Property from the Collection of Anne H. & Frederick Vogel III

Appears to retain the original hardware and fragments of the old leather hinges. The proper front left foot is replaced.