Property of a Direct Descendant of the Original Owner 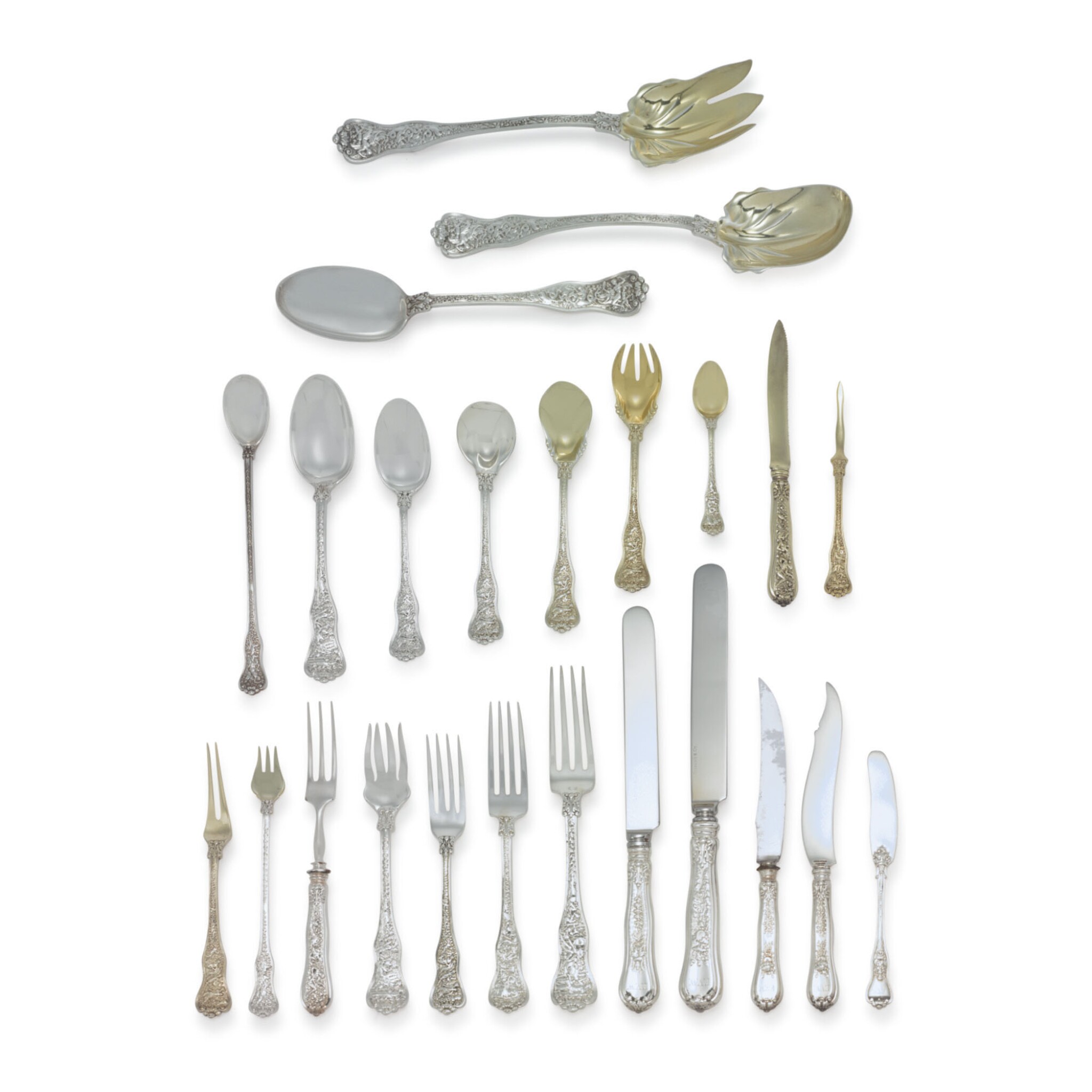 Property of a Direct Descendant of the Original Owner

The set with typical wear from use: decoration softened, gilding rubbed, occasional bent tines, occasional bruises to hollow handles, etc. Pieces with original Tiffany stainless blades or tines that have rusted: 4 dinner knives, 22 lunch knives, 12 fish forks (only at handle join), and 5 carvers (only at handle join). The other dinner & lunch knives with replaced Tiffany & Co. blades, and there are 10 detached original stainless dinner blades still present with this lot. 3 butter spreaders with dented blades, and 1 tablespoon with small dent to rim of bowl. Otherwise, set in good condition.

Two dynasties were united on October 14, 1905, when Frederica Vanderbilt Webb, daughter of Dr. W. Seward Webb and Lila Vanderbilt and great-granddaughter of Commodore Cornelius Vanderbilt, married Ralph Pulitzer, son of newspaper magnate Joseph Pulitzer and future editor of the New York World. The wedding was held at Shelburne Farms, the Webb family’s country estate and model farm in Vermont, on the banks of Lake Champlain. The event was a great gathering of the Vanderbilt clan, including Mrs. Cornelius (of the Breakers), the Frederick W.’s (of Hyde Park), the Georges (of Biltmore), and various Twombly, Sloane, and Webb relations.

The gifts to the young couple, many of them in gold and silver, came to $750,000 – about $20 million in 2020 dollars - including the townhouse bestowed upon them by Joseph Pulitzer, at 17 E. 73rd St in New York, adjacent to his own Stanford White-designed mansion. After the festivities the newlyweds took Dr. Webb’s yacht, the Elfrida, to Burlington and a special train to Canada for the honeymoon.