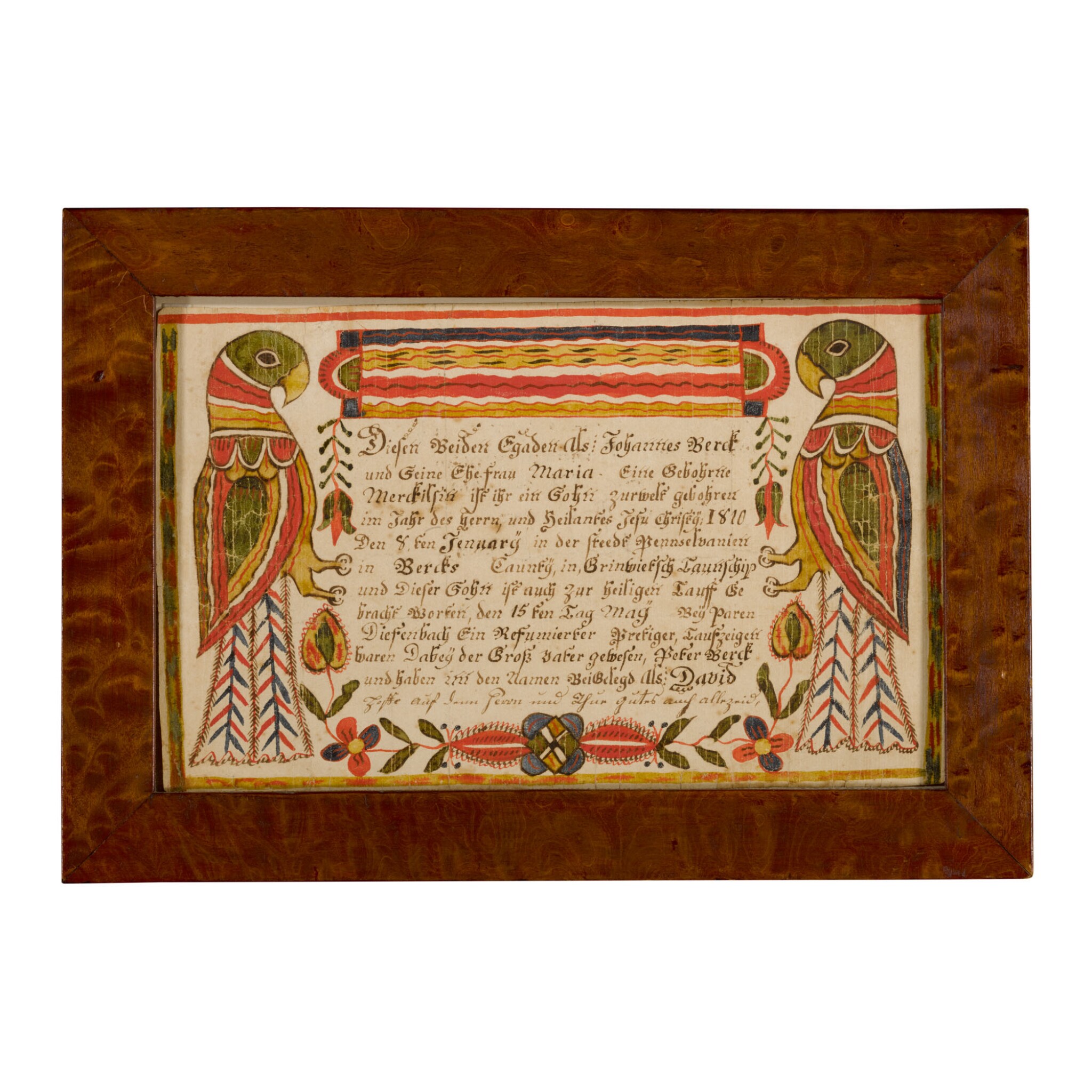 the inscription in old German within banner and foliate border design flanked by large decorative parrots in profile.

In fine condition with issues commensurate with age. Some creasing throughout and minor tears secured. Some craquelure in the green and blue ink in the head and wings of each bird. Very light foxing. Appears to have retained much of its original color and no inpainting detected.

This certificate records the birth of David Berck on January 8, 1810, to parents Johannes and Maria (Merckil) Berck and his subsequent baptism on May 15 by Pastor Dieffenbach of the Reformed Church, with his grandfather Peter Berck acting as the baptismal sponsor or godparents. It also identifies David’s place of birth as “Grinwietsch” or Greenwich Township, Berks County.

This fraktur—both the text and decoration, including the vibrantly colored parrots—was made by an unknown but highly proficient artist who based his work on fraktur by schoolmaster and fraktur artist Johann Conrad Gilbert (1734–1812). Gilbert arrived in Pennsylvania in 1750 and settled initially in the New Hanover area of what is now Montgomery County. In 1778, he moved west and became a schoolmaster in Brunswick Township, Berks (now Schuylkill) County. Due to the many similarities between these two bodies of work, some have speculated that the copy artist was Conrad Gilbert’s son, Peter (b. 1766), but without evidence. For related examples, see Lisa Minardi, Drawn with Spirit: Pennsylvania German Fraktur from the Joan and Victor Johnson Collection, pp. 157–159.

Sotheby’s wishes to thank Lisa Minardi for her assistance in researching this fraktur. Minardi is the executive director of Historic Trappe, home to the new Center for Pennsylvania German Studies.