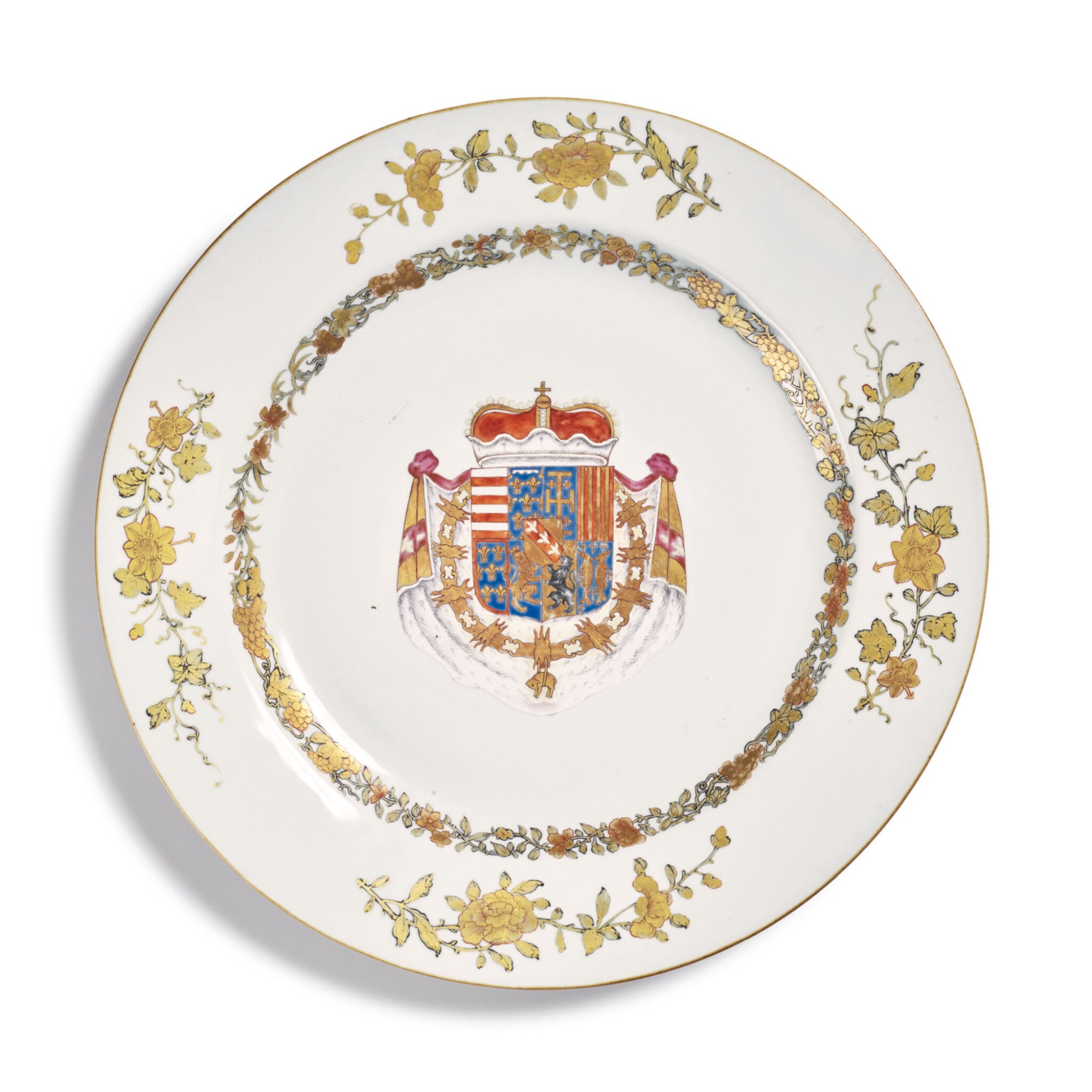 painted in the center with the Lorraine family arms

These exact arms do not appear to have been published, however, for the princely arms of Lorraine accollée Orléans, made for Leopold the Good and his wife Élisabeth Charlotte d'Orléans, see Antoine Lebel, Armoiries françaises et suisses sur la porcelain de Chine au XXVIIIe siècle, Brussels, 2009, p. 47. However, given the Leopold died in 1729, the present example perhaps was made for his son, Francis I, who was first the Duke of Lorraine, and later exchanged the duchy of Lorraine with Stanislaus I (Stanisław Leszczyński), King of Poland, for the Grand Duchy of Tuscany. Francis I later became the Holy Roman Emperor and reigned from 1745-65. A larger example with the same decoration from a distinguished American collection was sold in these rooms, February 2nd, 2019, lot 737.