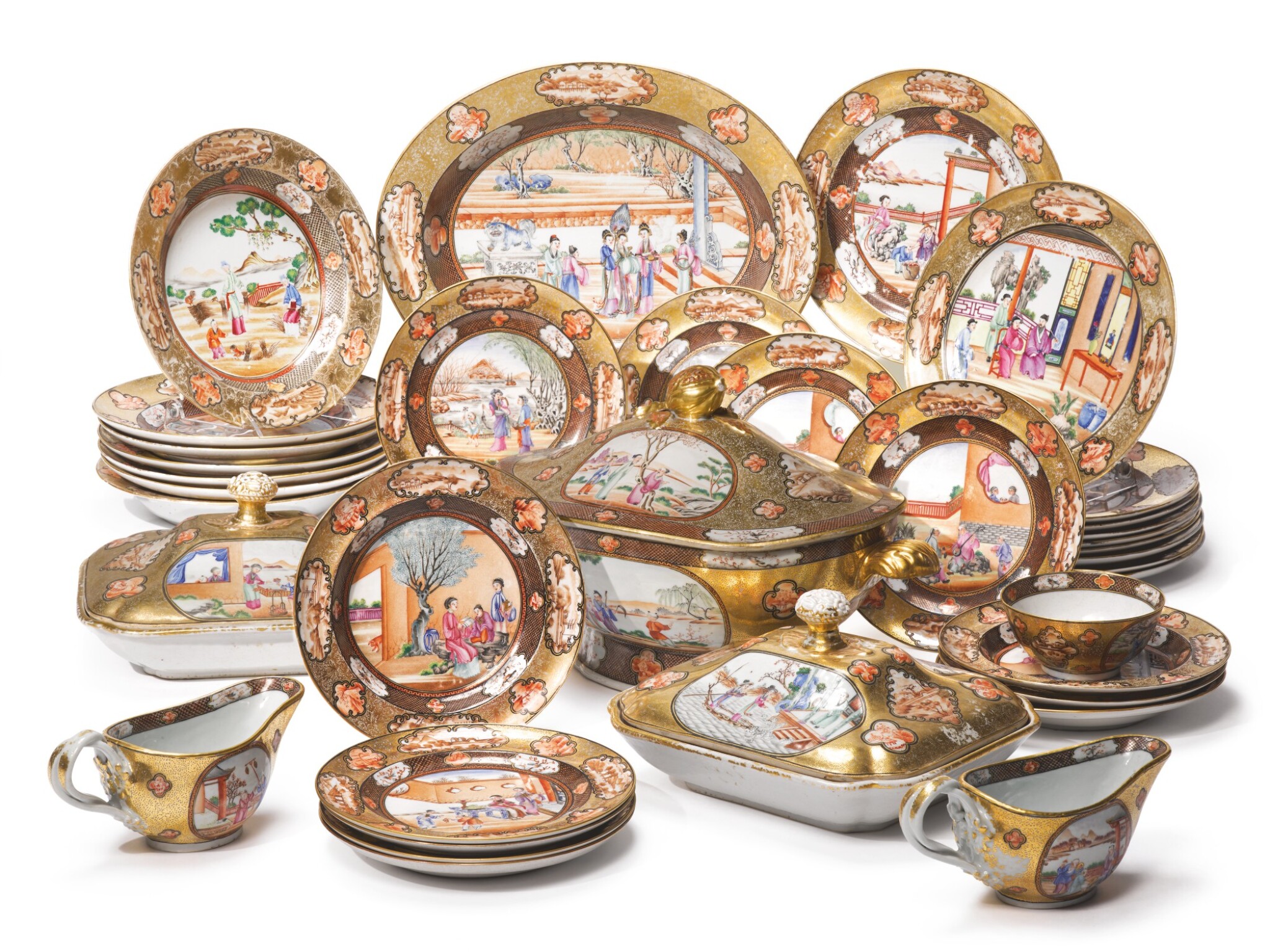 The present elaborately decorated part dinner service was originally part of a much larger service, with each individual piece painted in the center with a different scene depicting Chinese figures. Previously known as 'Palace ware', though with no particular connection to the Chinese Imperial Palace, the term was largely replaced by 'Rockefeller Pattern' in the 20th century due to several members of the Rockefeller family owning examples from the service. These members famously include John D. Rockefeller Jr. and his sons, Nelson A. Rockefeller and David Rockefeller. Approximately forty pieces from the estate of Nelson Rockefeller were sold in these rooms, November 20th, 1980, lots 565-582. David, along with his wife Peggy, acquired a large portion of the Rockefeller service from John D. Rockefeller Jr.'s estate, and first sold thirty-three pieces in these rooms, October 14th, 1993, lots 79-92. Another 168 pieces from their collection was sold at Christie's New York, May 9th, 2018, lot 161. One of the largest collections of the service, comprising 184 pieces, was originally in the collections of the Stirlings of Keir, probably since the early 19th century. These pieces were sold by Colonel William Stirling of Keir at Christie's London, December 5th, 1977, lot 324, and sold again at Christie's New York, April 28th, 2017, lot 18.