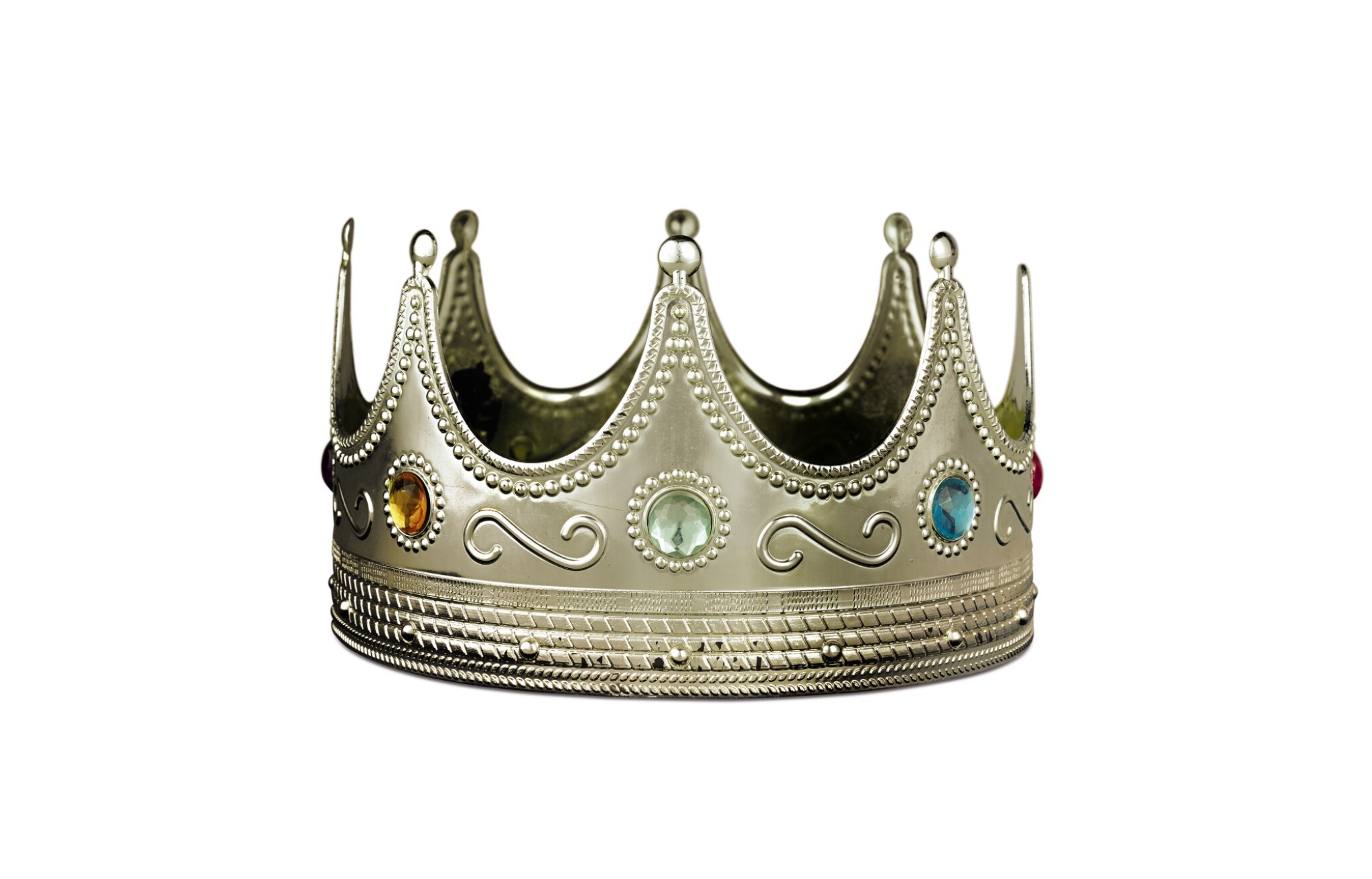 [BIGGIE'S CROWN]. THE FAMOUS CROWN WORN BY THE NOTORIOUS B.I.G. FOR THE ICONIC "K.O.N.Y" [KING OF NEW YORK] PORTRAIT SESSION, SHOT BY PHOTOGRAPHER BARRON CLAIBORNE ON MARCH 6, 1997, IN HIS NEW YORK STUDIO.

The story of how the portrait came about is famous; Claiborne was hired by Rap Pages to shoot Biggie for the cover, and his concept was to portray him as the King of New York on his throne.

Barron brought two crowns of two different sizes to the shoot; one was far too small to be used, and in order to get the now-legendary crown to fit, the interior foam cushioning had to be removed. Sean "Diddy" Combs [aka Puffy], the owner of Bad Boy Entertainment (Biggie's label) had accompanied Biggie on the shoot, and was reportedly unhappy with the concept, as he worried it made Biggie look like "the Burger King". Thankfully, Biggie was game to give it a try; the result is one of most stunning and iconic portraits, and sadly, the last, to be taken of the superstar, who would be killed just three days later in Los Angeles.

A self-taught photographer and cinematographer, Barron Claiborne received his first camera at the age 9 from his mother, Betty Lou, and has dedicated much of his craft to the creation of images that represent the dreams, stories, and oral traditions of his Southern American and African Ancestry. After moving to New York City in 1989 from his hometown of Boston, Claiborne began assisting photographers such as Richard Avedon, Irving Penn, and Saint Claire Born; since then has been highly prolific in the field of photography and its many arenas including commercial, documentary, and fashion. Claiborne’s photographs have been internationally recognized, and his work has appeared in numerous publications including The New York Times, The New Yorker, Newsweek, Rolling Stone, Esquire, and Interview, among others. Claiborne’s photographs are in permanent collections around the world including the Polaroid Museum Cambridge, the Brooklyn Museum, the Houston Museum of Fine Arts, and MoCADA.