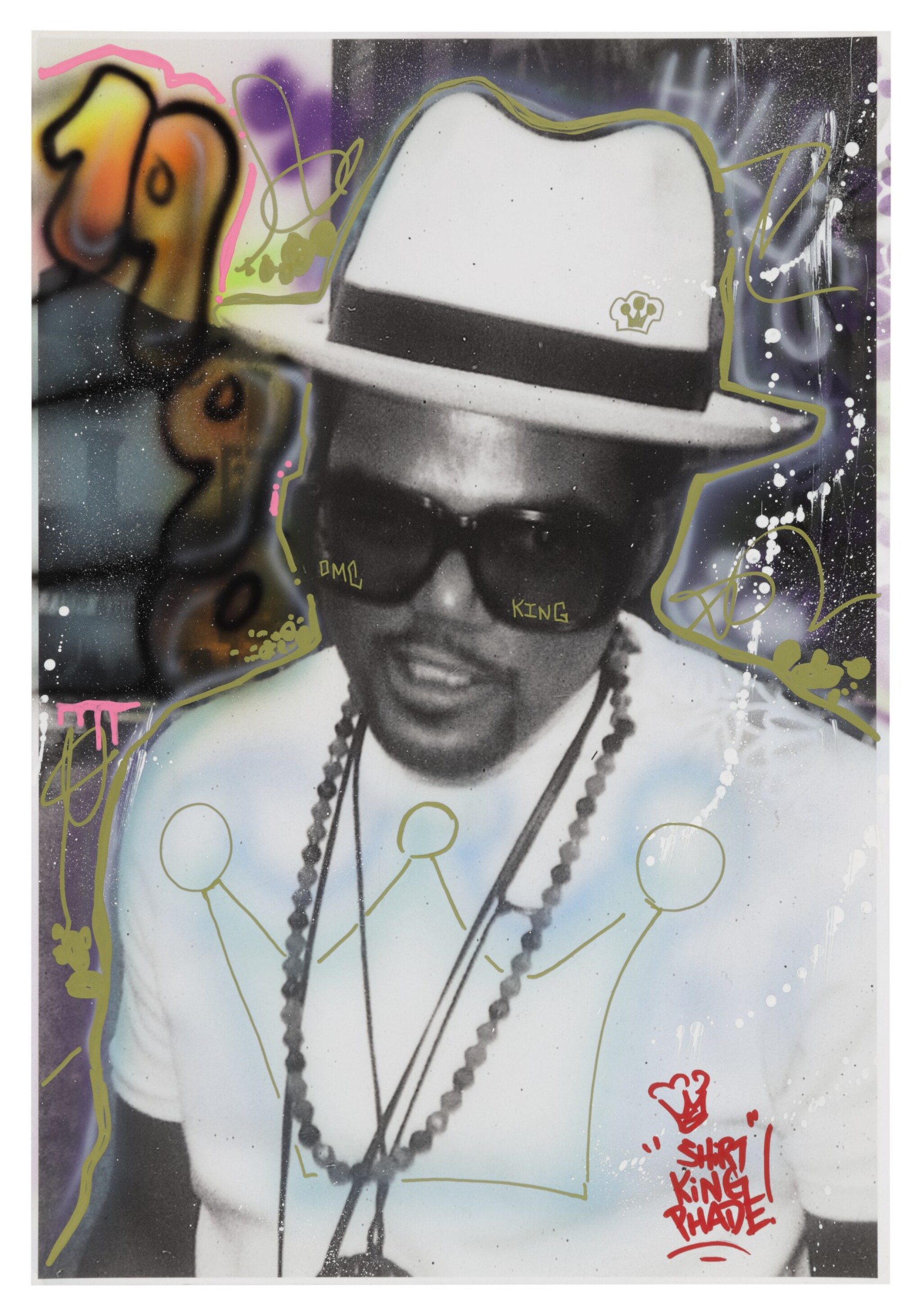 “Used to be the shit, why they have to stop... Hit the Shirt Kings for an ill airbrush top." ("Queen's Day", Run DMC)

A unique Phade portrait of Darryl McDaniels aka DMC (founding member off Hip Hop group Run-D.M.C.). Phade has painted directly onto the photograph that he took of DMC in 1990, in his signature Shirt King Phade style.

After opening a store in Queens at the Coliseum Mall, the shop became iconic in the hip-hop scene, in the same way Vivienne Westwood and Malcolm McLaren’s SEX shop was to the punk scene. Some of the Hip Hop’s biggest stars began passing through their doors. From the likes of Jay Z, Jam Master Jay and RZA, Phade and the Shirt Kings’ apparel found their way into several of these artists’ visual media helping to create some of Hop Hop’s most iconic images.