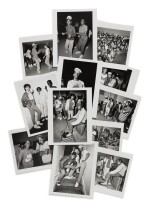 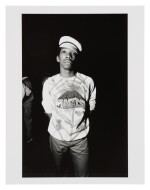 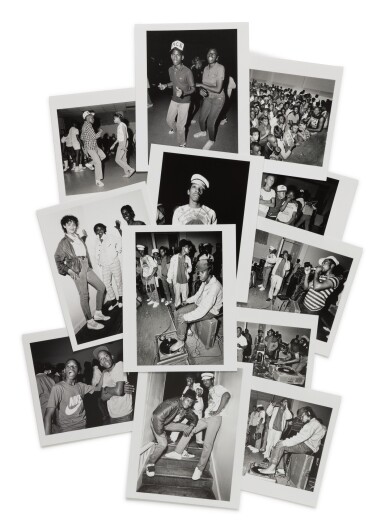 AN ARCHIVE OF PHOTOGRAPHS OF A RUSTY THE "TOEJAMMER" CONCERT, BOSTON, 1985.

12 digital pigment prints, each 8 1/2 x 11 in. Each signed, numbered and captioned on reverse.

Rusty "The Toejammer" was an early Boston Hip Hop artist and DJ, whose moniker was accurate, as he did, in fact, scratch records with his toe. His friend and production partner Skeeter worked with Maurice Starr (Lawrence Curtis Johnson), the producer behind New Kids on the Block and New Edition, and Rusty became Starr's go-to person when he needed a DJ. Starr would hold Hollywood Talent Nights, where Rusty would rile up the crowd as they awaited eagerly to hear the announcement of the night's winners.

Pacey C. Foster, Hip-Hop in the Hub: How Boston Rap Remained Underground. The Story of Boston's hip-hop Community from 1979-2000