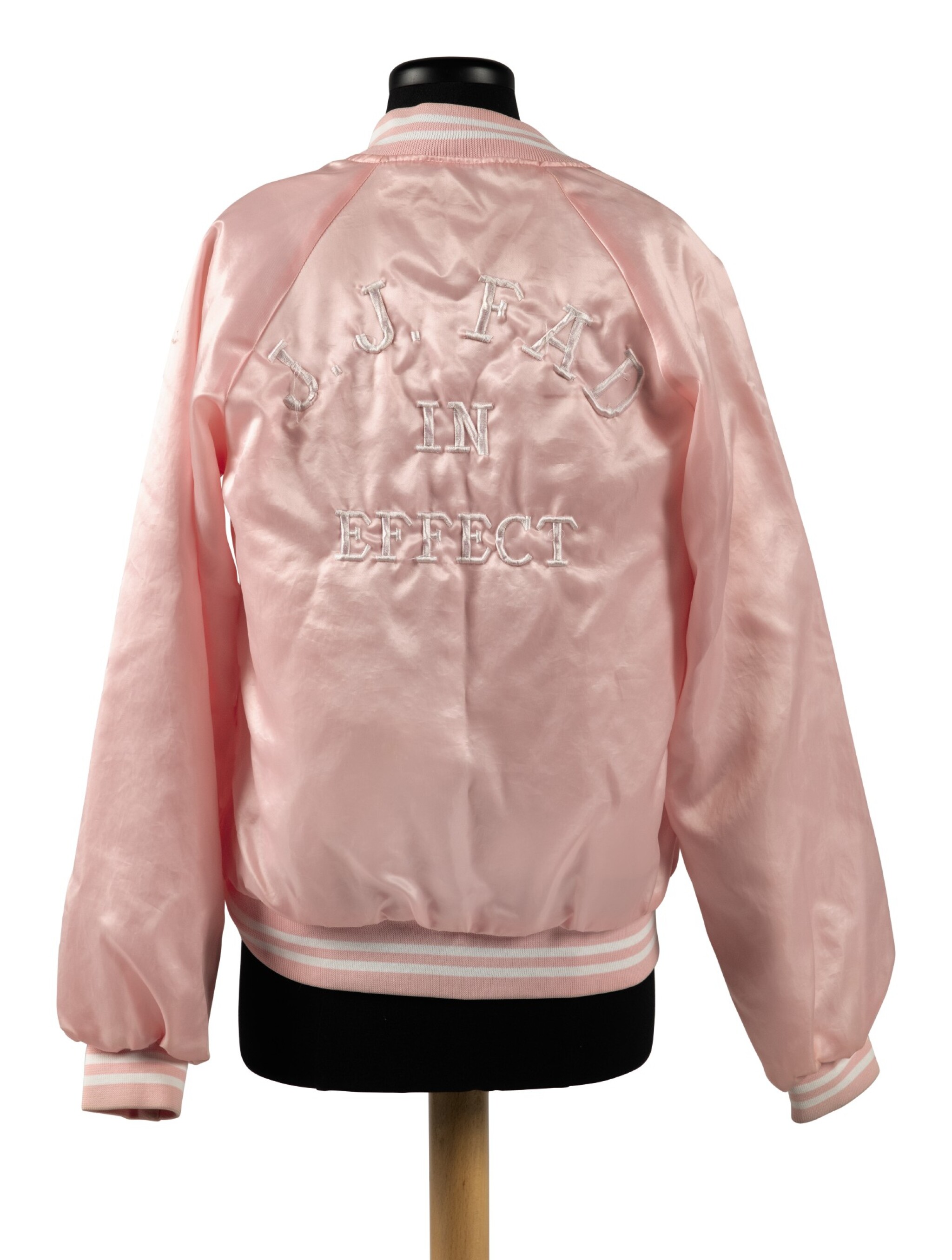 Pink satin jacket, front embroidered in white with "Ruthless/Atco Records. MC J.B", and back with "J.J. Fad in Effect."

Pioneering female Hip Hop act J.J. Fad was one of the original groups signed to Ruthless Records by Eazy-E. Managed by Jerry Heller, who also managed Eazy-E and N.W.A., the original line-up included Baby D, MC J.B., Lady Anna, O.G. Rocker, and Crazy J. In 1987, J.J. Fad released the track "Anotha Ho", with "Supersonic" as the B-side to the album. All but Baby D and MC J.B. would leave the group and be replaced by Sassy C and DJ Train. The new line up went on to re-record "Supersonic" in 1988, re-releasing it as an A side, and the rest is history with the electro-charged single being an early West Coast track to explode nationally; the single certified gold by RIAA, was nominated for a Grammy in 1988 for best Rap Performance, and is one of the best known and loved Rap songs of all time.

The group had these jackets made for themselves at the famous Slauson's Swap Meet in Compton.