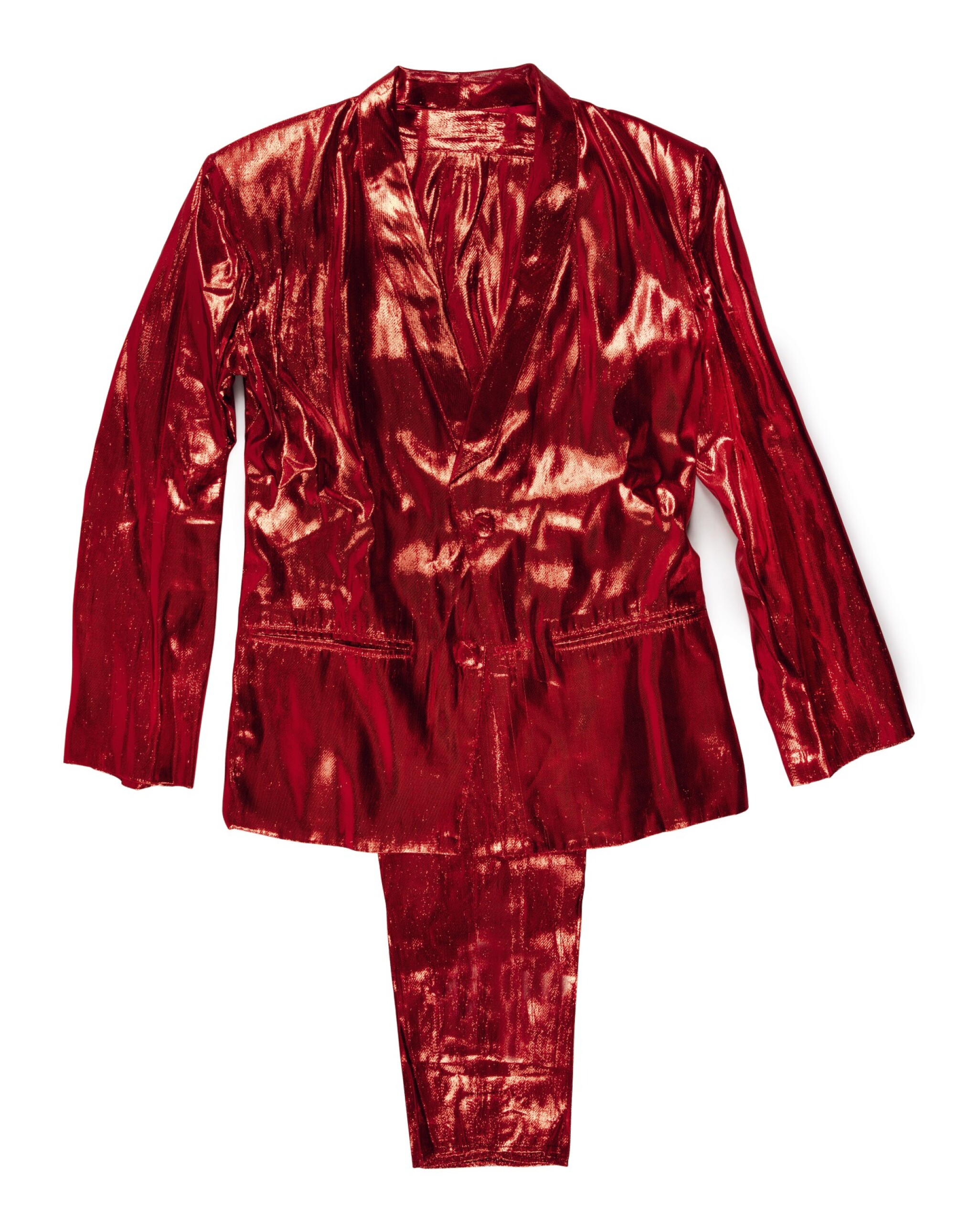 THE SUIT WORN BY DR. DRE BOTH ON STAGE, AND ON THE COVER OF THE WORLD CLASS WRECKIN' CRU'S ALBUM RAPPED IN ROMANCE.

The World Class Wreckin' Cru was founded by Alonzo Williams, owner of the famous Los Angeles Eve After Dark. Williams hired two local DJs to join the Cru, Andre "Dre Dre" Young, and Antoine "Yella" Carraby, who would both go on to become pioneers of gangsta rap with N.W.A. Their early records, including their 1987 hit  “Turn Off The Lights” (which featured Dre’s girlfriend at the time, Michel’le) were successful, but they were even more successful at creating a local loyal fanbase in the clubs. Rappin Romance was the group's second album, and the last to feature Dre and Yella. Williams thought it important that the Cru members have stage costumes, so the Cru went shopping on Los Angeles' famous Melrose Avenue, and discovered the eye-catching suits which they are photographed wearing on the cover of the album, and which they wore on-stage for performances.

From the personal collection of Alonzo Williams, founder of the World Class Wreckin' Cru