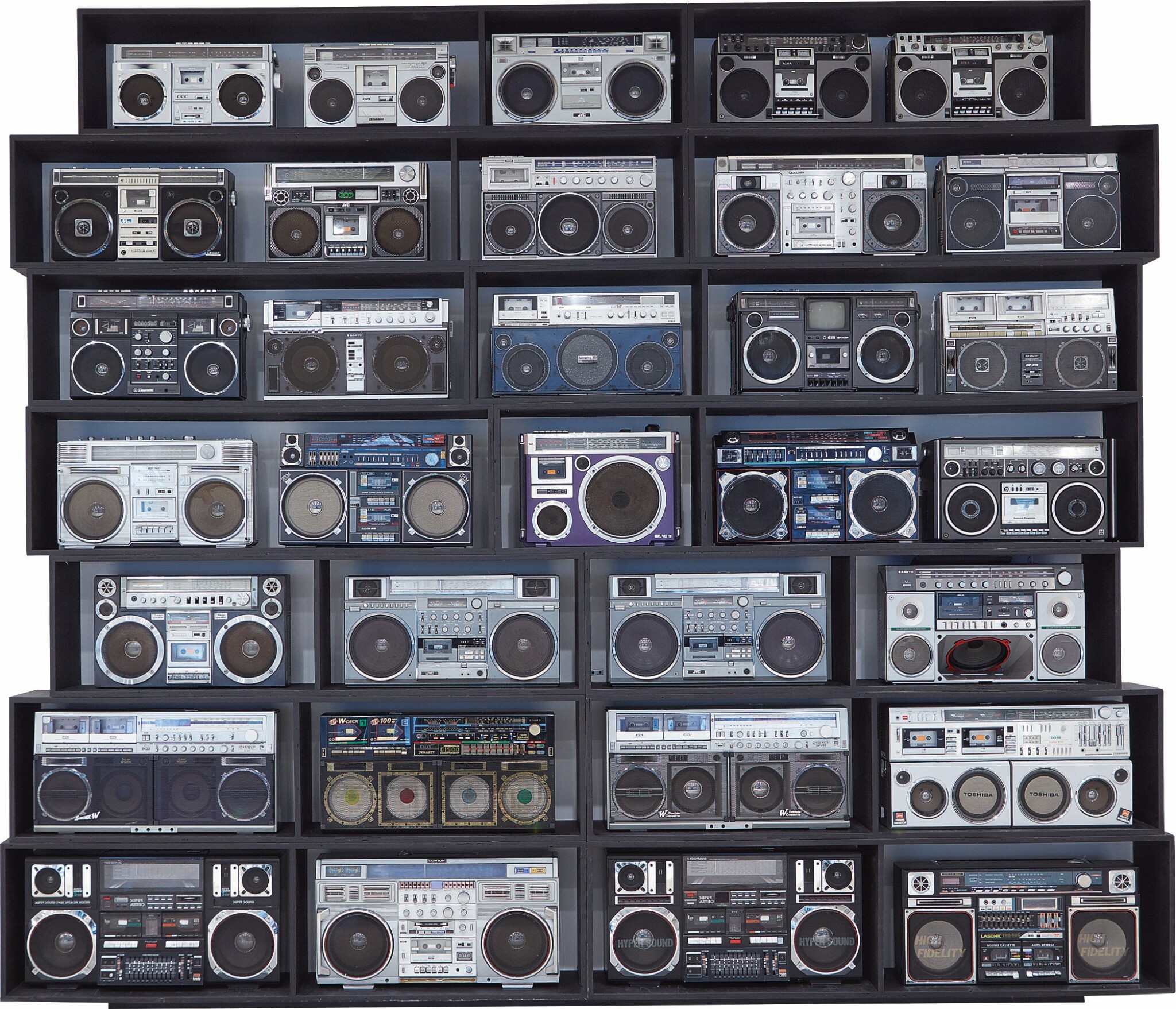 Installation of 32 vintage boomboxes from the early 1980s-early 1990s, displayed together on a custom built shelf, and wired together to function as a singular sound system.

This imposing installation piece, created by DJ Ross One, consists of some of the rarest and most recognizable vintage boomboxes, including:

-Two Clairtone Super Jumbos, the same model radio used by Radio Raheem to blast Public Enemy's "Fight the Power" in Spike Lee's classic Do The Right Thing, as he battles his neighbors for volume supremacy on the streets of Brooklyn.

-Two very rare and highly coveted JVC M90s - Probably the most iconic, and possibly the loudest boombox of all time. The same model radio featured on LL COOL J's "Radio" album cover, Beastie Boys albums, and many others, and immortalized in LL COOL J's song "I Can't Live Without My Radio ("while my JVC vibrates the concrete....").

-Two Sharp GF-777s - Another iconic boombox model featured in many 80s NYC photos with 4 speakers lining the bottom. The wall features both the American and Japanese versions of this radio.

-Toshiba BomBeat 40 - One of the rarest boomboxes among collectors

DJ Ross One is a world-renowned DJ and collector of all things Hip Hop. As a DJ, he lives between New York City and Los Angeles, and travels constantly to play the leading nightclubs in the United States and abroad. He is signed to Jay-Z's Roc Nation Management. A self-proclaimed "rap nerd," Ross has been collecting hip-hop ephemera and memorabilia since he was 15. He is the author of the book Rap Tees: A History of Hip-Hop T-Shirts 1980-1999 (PowerHouse Books) which features his vast hip hop t-shirt collection and has become the comprehensive guide to vintage hip-hop apparel.

Please note, the radio models mentioned in the catalogue note are not the specific examples used, but rather are examples of the same models.