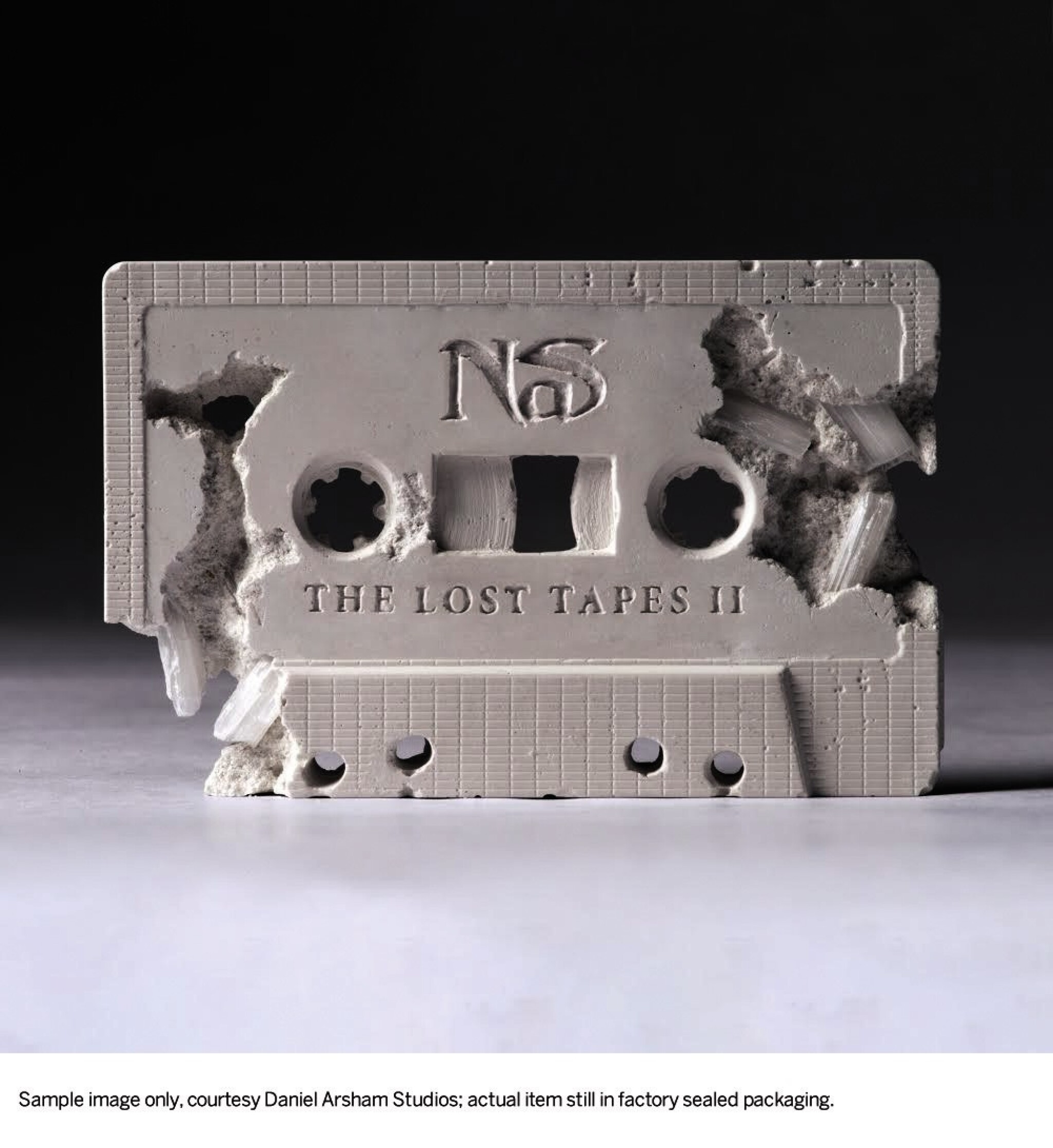 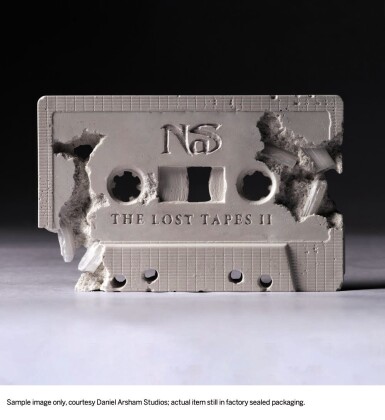 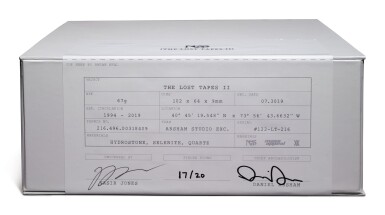 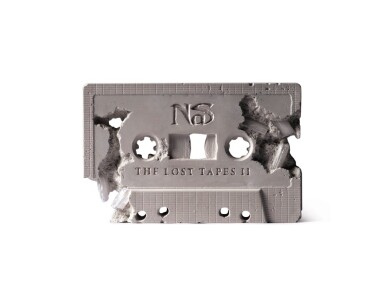 Cast plaster and crushed glass sculpture (approximately 2 1/2 by 4 by 1/2 inches), executed in 2019. In original factory sealed box, with label SIGNED BY NAS AND ARSHAM.

In 2019, rapper Nas announced the release of his the long-awaited The Lost Tapes II album. When confirming this via his Instagram account, Nas was holding one of Arsham's Future Relic sculptures: a decayed cassette tape bearing the project’s title. Arsham's design was limited to an edition of 20 pieces, with half of the proceeds donated to Nas's elementary school in Queens, and the other half benefiting Arsham's alma mater, the Cooper Union.

Arsham is a contemporary visual artist whose work exists between architecture, art, and performance. He manipulates and reinterprets existing materials and structures, perhaps most spectacularly in his latest Future Relic projects. He has collaborated with numerous artists and brands, including NAS, Pharrell Williams, Adidas, Hajime Sorayama, Alex Mustonen (Snarkitecture), and Kim Jones (Dior) to name but a few.