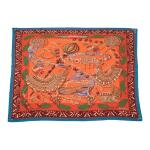 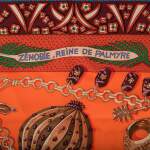 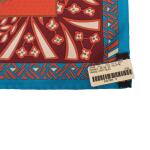 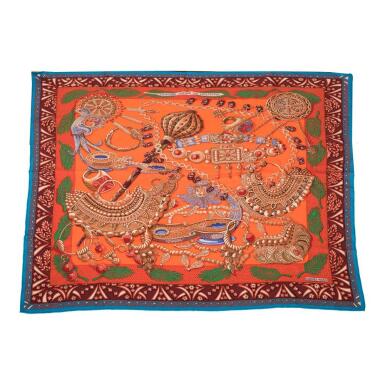 This scarf is in silk twill and in an orange colorway.

It was designed by Annie Faivre and was issued in 2015; it reflects Queen Zenobia who ruled Palmyra along the Silk Road in the mid-to-late third century. During her rule, before the conquest by Rome, Palmyra was an important culture center where textiles, jewelry, caskets, furniture and sculpture arrived from major nations. This scarf depicts the beautiful object d'art owned by the Queen.