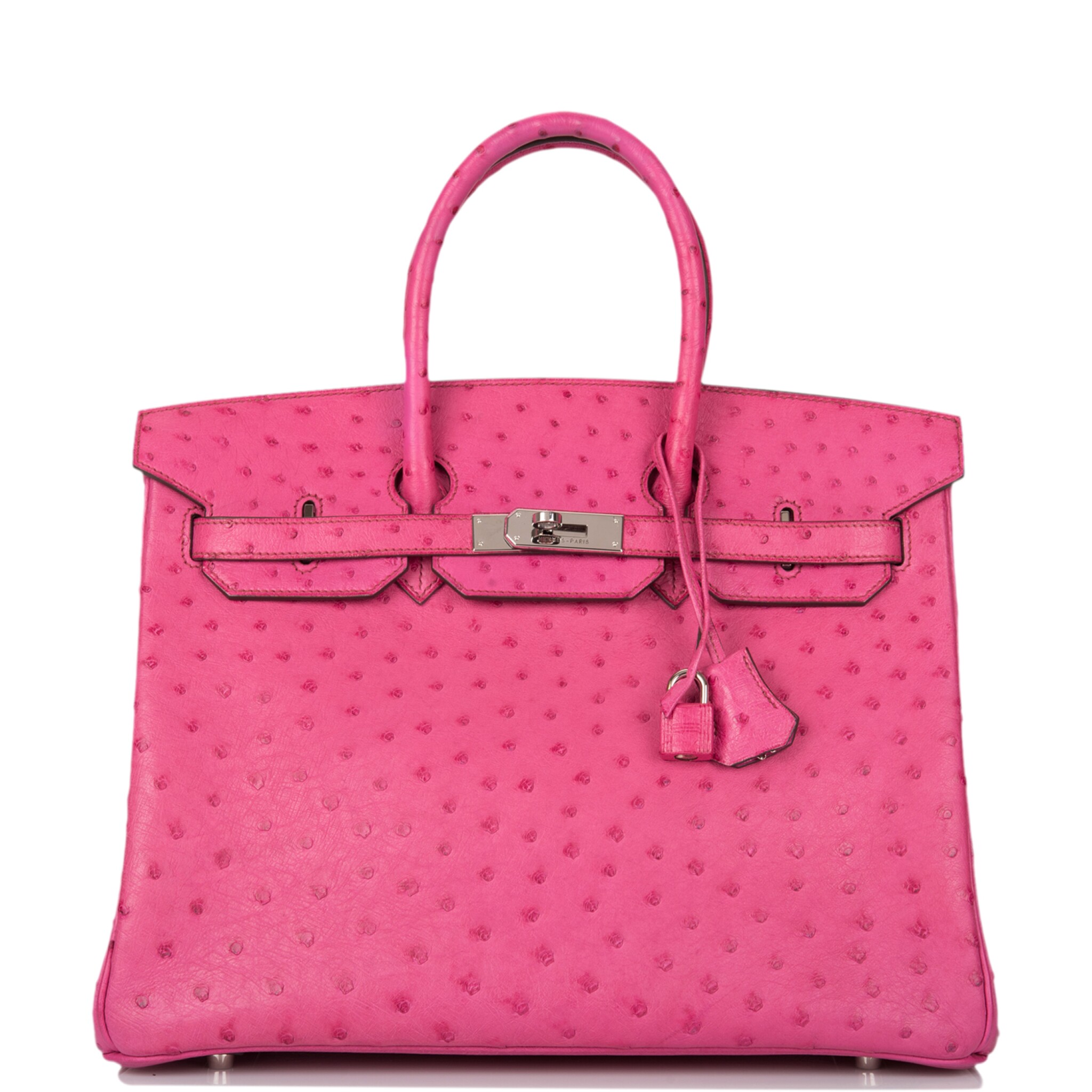 This Birkin is in Fuchsia ostrich with palladium hardware and has tonal stitching, two straps with front toggle closure, clochette with lock and two keys, and double rolled handles.

The interior is lined with Fuchsia chevre and has one zip pocket with an Hermès engraved zipper pull and one slip pocket on the opposite side.

Excellent-to-Mint. The bag retains its structure and shape. The color is consistent throughout and all quills are intact. The plastic has been removed from the hardware. The hardware retains its shine and color. All hardware has minor scratches. The interior is clean with one faint scratch on the bottom. The clochette show no signs of wear.