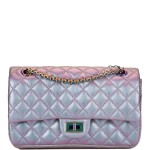 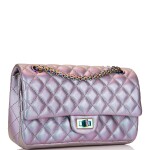 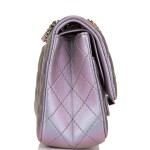 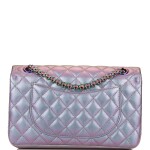 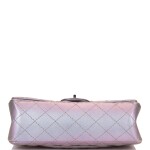 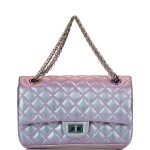 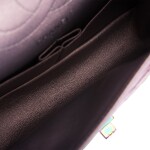 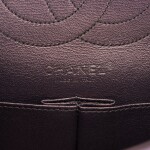 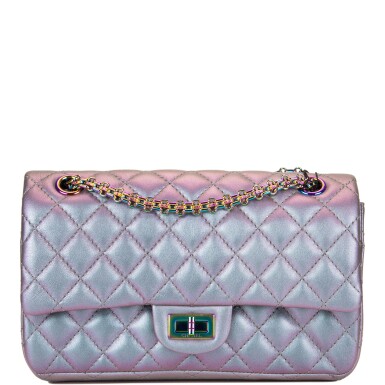 The interior is lined with light purple iridescent leather with a "love letter" zipper compartment underneath the first flap, an "outer" slit pocket under the second flap, and an interior compartment with two slip pockets separated by a "lipstick" compartment.