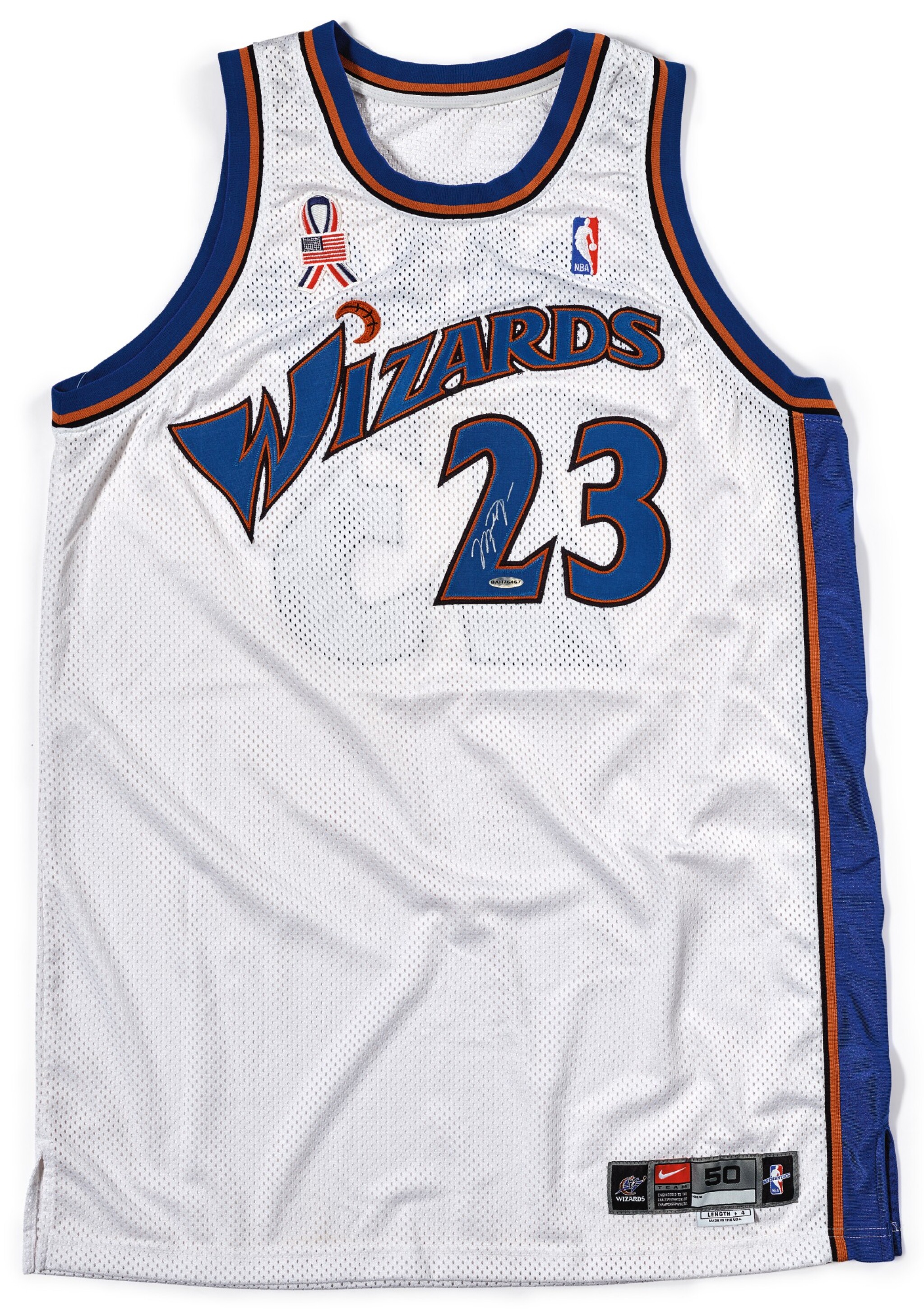 No alteration with moderate and consistent signs of wear.

A beautiful example of a game worn, and signed jersey from Michael Jordan’s first season with the Wizards, featuring Michael’s signature in silver marker across the ‘2’ on the chest.

By the time Michael Jordan retired he was a 6 time NBA champion, a 6 time NBA Finals MVP, a 5 time NBA Most Valuable Player, a 14 time All-Star, a 3 time NBA All-Star Game MVP, a 10 time scoring champion, and a 2 time Slam Dunk Contest Champion. He was awarded the Presidential Medal of Freedom in 2016, among the highest civilian awards in the United States.