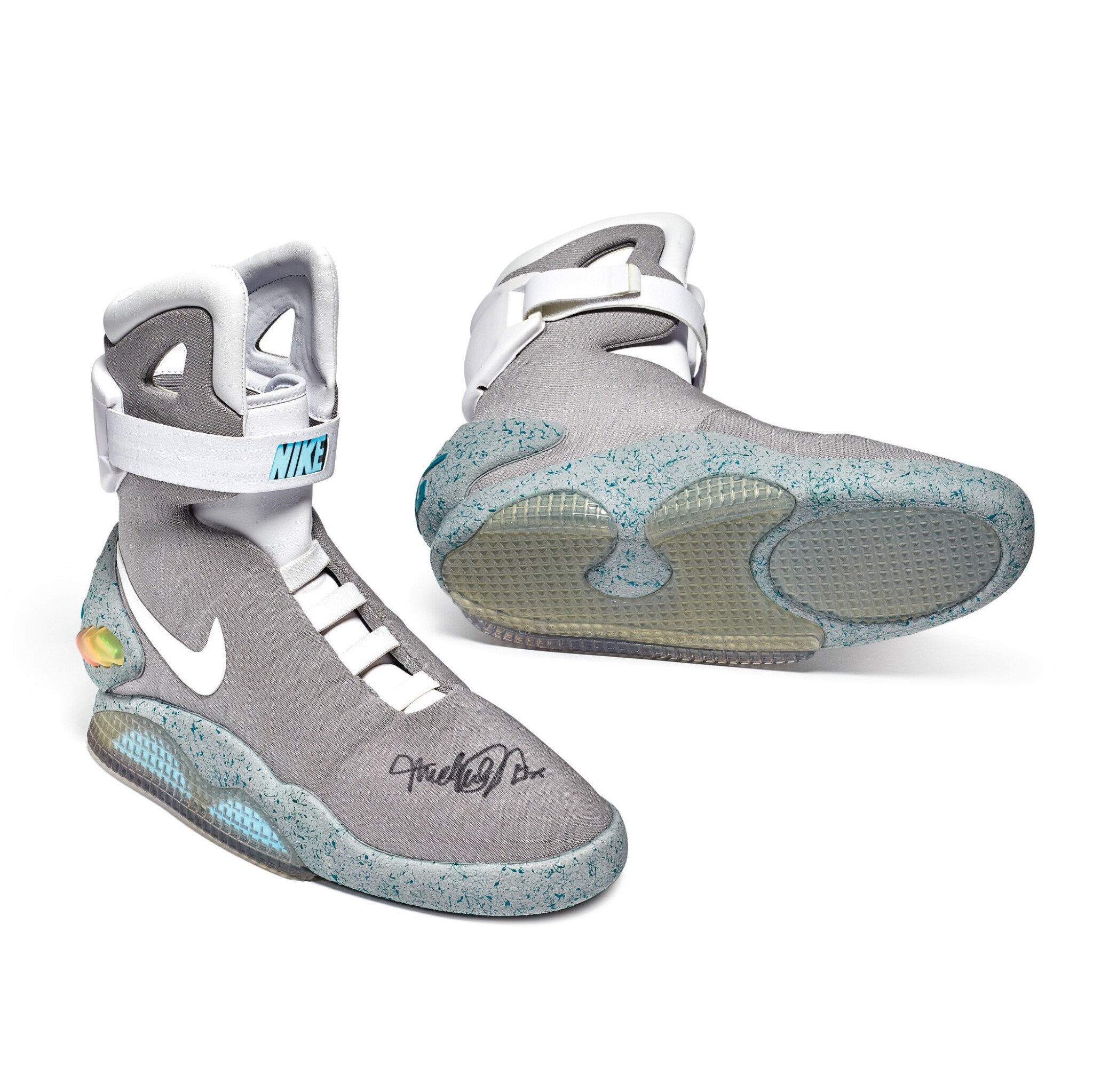 NIKE, NIKE MAG BACK TO THE FUTURE, SIZE 11

The shoes are in good overall condition. The lights on the left shoe do not turn on, which is consistent with common defects inherent in the 2011 edition.

The Nike MAG which premiered in the 1989 sequel, Back to the Future II, was instantly one of the most coveted – but unavailable – shoes in history. In 2011, Nike finally released 1,500 pairs to the public to benefit the Michael J. Fox Foundation for Parkinson’s Research, which marked one of Nike’s most popular releases.