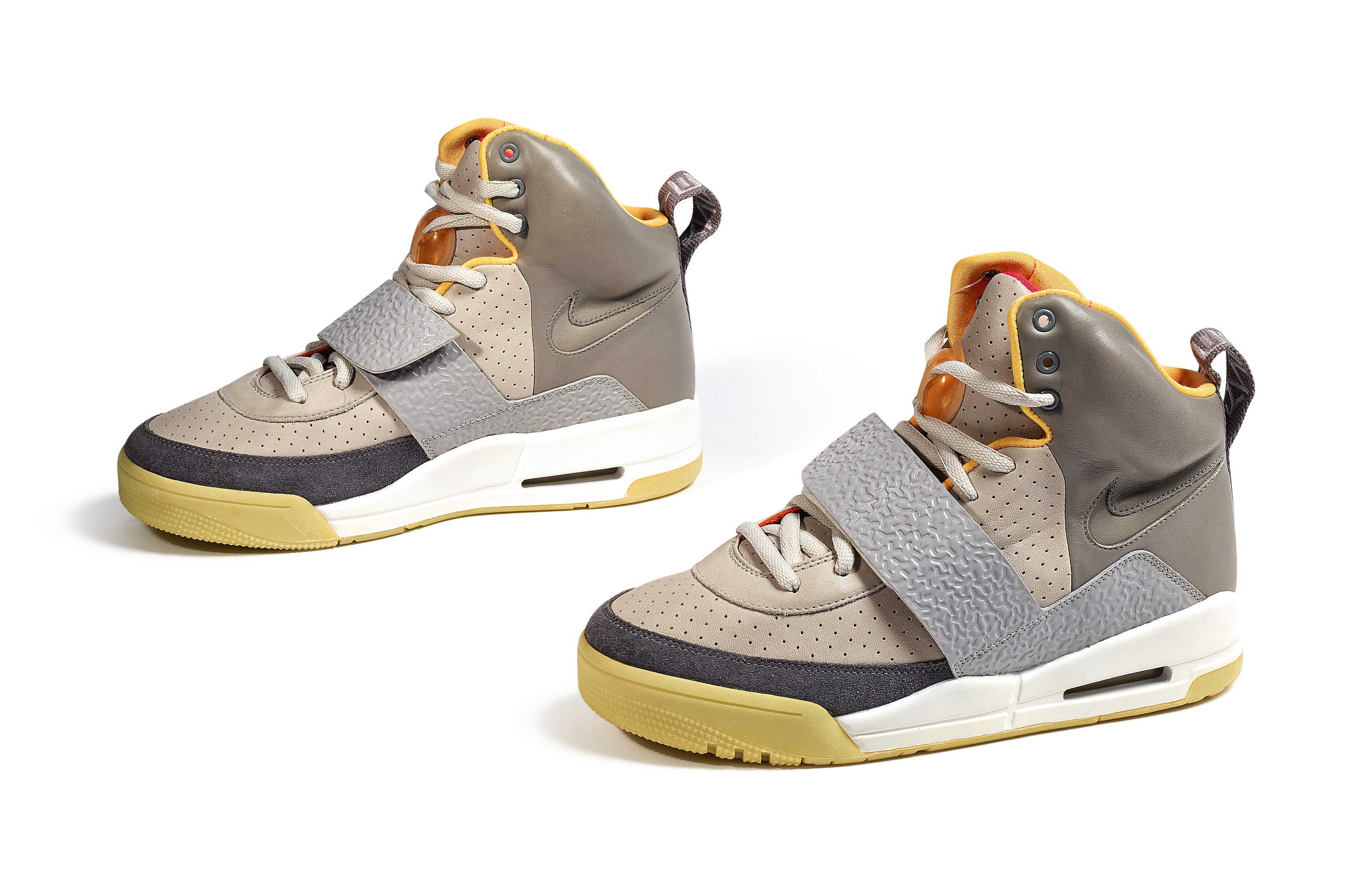 The shoes are in excellent overall condition, and do not show signs of wear. There is slight creasing on the sample hang tags that hang from each shoe.

The shoes, in size 9, still have their sample hang tags on, and were produced in December of 2008 in Nike’s Feng Tay factory, prior to their general release in April of 2009.

Kanye West premiered Air Yeezys in his 2008 Grammy Awards performance of Stronger and Hey Mama. In the years following, Mr. West would famously collaborate with Nike for a wide variety of Air Yeezy releases creating a mixture of extremely important products in the context of modern fashion, sneakers, and overall design.