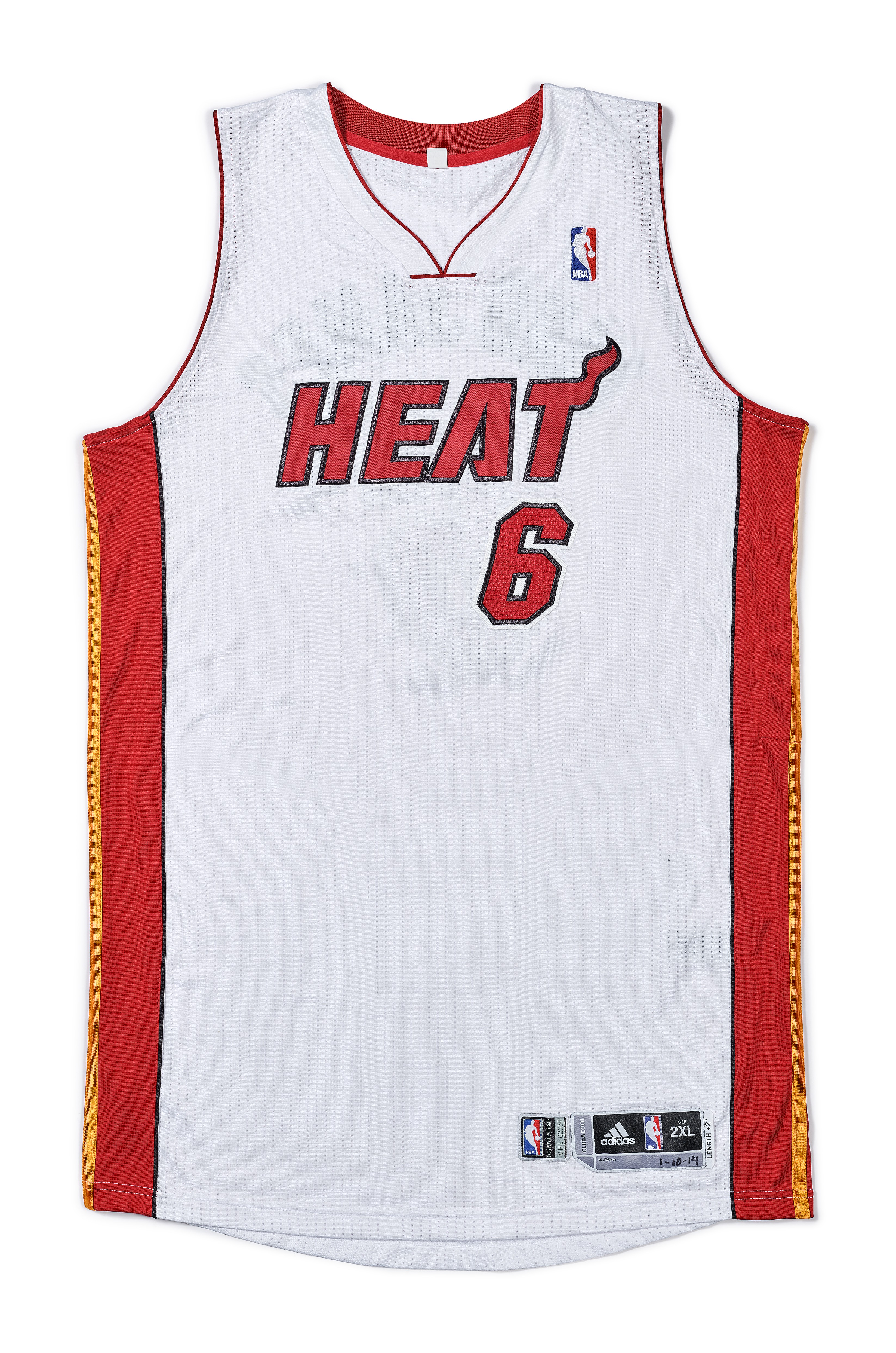 Good overall condition consistent with signs of wear and age. 1-10-14 (game use date) handwritten on the tagging.

LeBron James is recognized to this date as one of the most iconic and talented basketball players in the history of the NBA. He is a 3 time NBA Champion, a 3 time NBA Finals MVP, a 16 time All-Star, a 3 time All-Star Game MVP, the 2004 Rookie of the Year, and the 2008 NBA Scoring Champion. Mr. James additionally won the Gold Medal in the 2008 and 2012 Olympic Games.

This jersey is particularly rare, as it is one of a handful of instances in which LeBron wore his nickname “King James” on court. Mr. James wore this photo-matched jersey on January 10, 2014 at the Barclays Center against the Brooklyn Nets in what is now referred to as the ‘Nickname Game.’ It was the first time he wore this moniker in a game.

This jersey is accompanied by a letter from the National Basketball Association in association with MeiGray Group in regards to the game use, with MeiGray providing photo-matching.