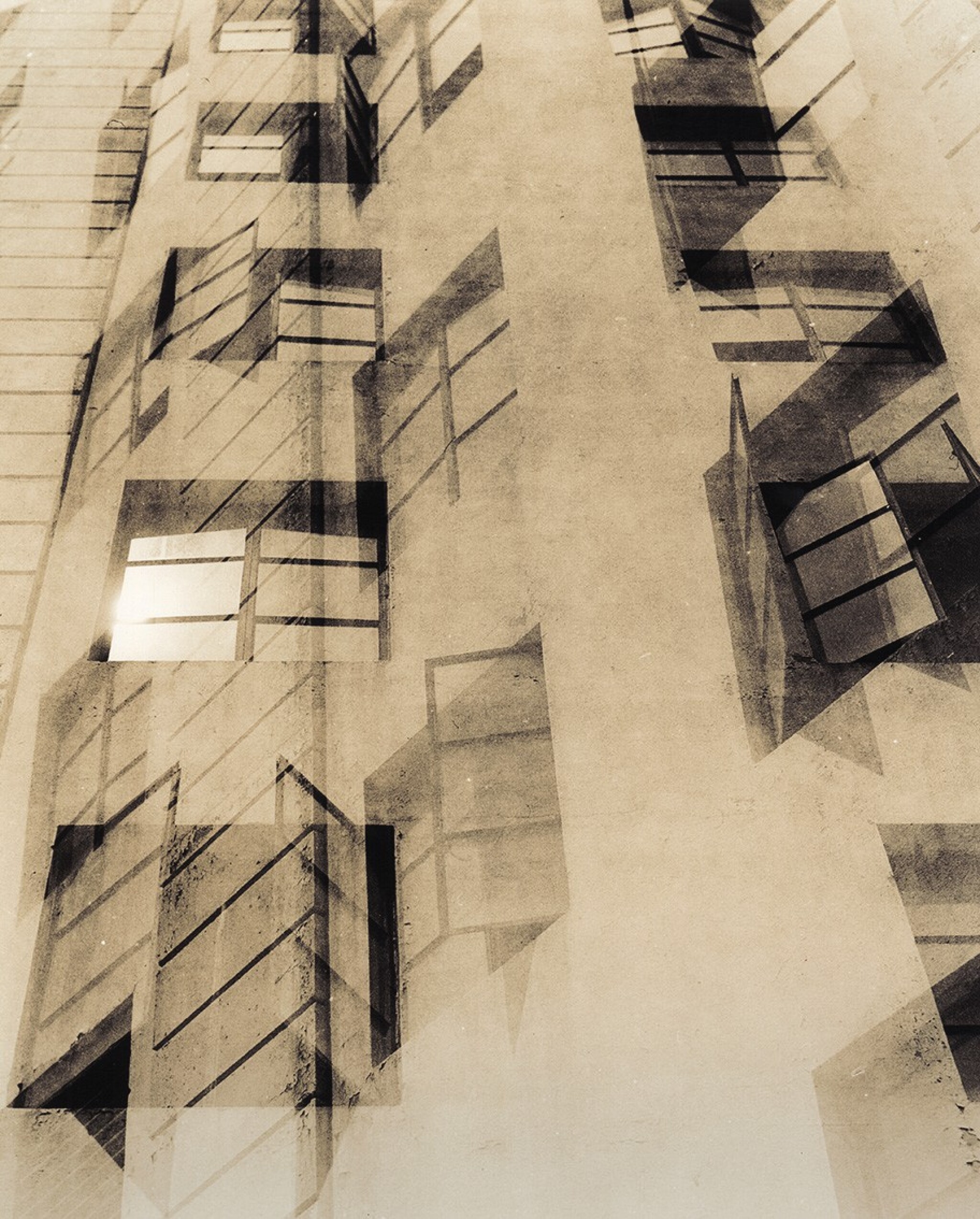 toned gelatin silver print, signed and editioned '1/8' in pencil on the reverse, 2017

Please note the colors in the online catalogue illustration may vary depending on screen settings. This toned gelatin silver print, on double-weight Agfa paper, is in generally excellent condition. There is a tiny deposit of indeterminate nature in the lower left quadrant and the margins are slightly darkened overall, most likely a result of the toning process. The margin corners are gently bumped. There is minor soiling on the reverse.

This photograph, part of the Urban Jungle series, was taken in Long Beach in 2017. It shows an Art Deco building just before its destruction, which explains why all the windows are open. About this image, the French-American photographer Guillaume Zuili narrates: 'I wanted to play on the geometrical lines of the windows and it is accentuated by the use of the double exposure technique.' This image is both a tribute to the Art Deco architectural movement and to the photographers of the avant-garde, who have been experimenting with double exposure.

This image is important for its original approach to the materiality of the print: it is a gelatin silver print, lith-processed, and split-toned (selenium/polytoner). Like most of the artists represented in our gallery, Guillaume Zuili has a documentary practice that subtly questions the notions of memory, heritage and temporality." - Clémentine de la Féronnière