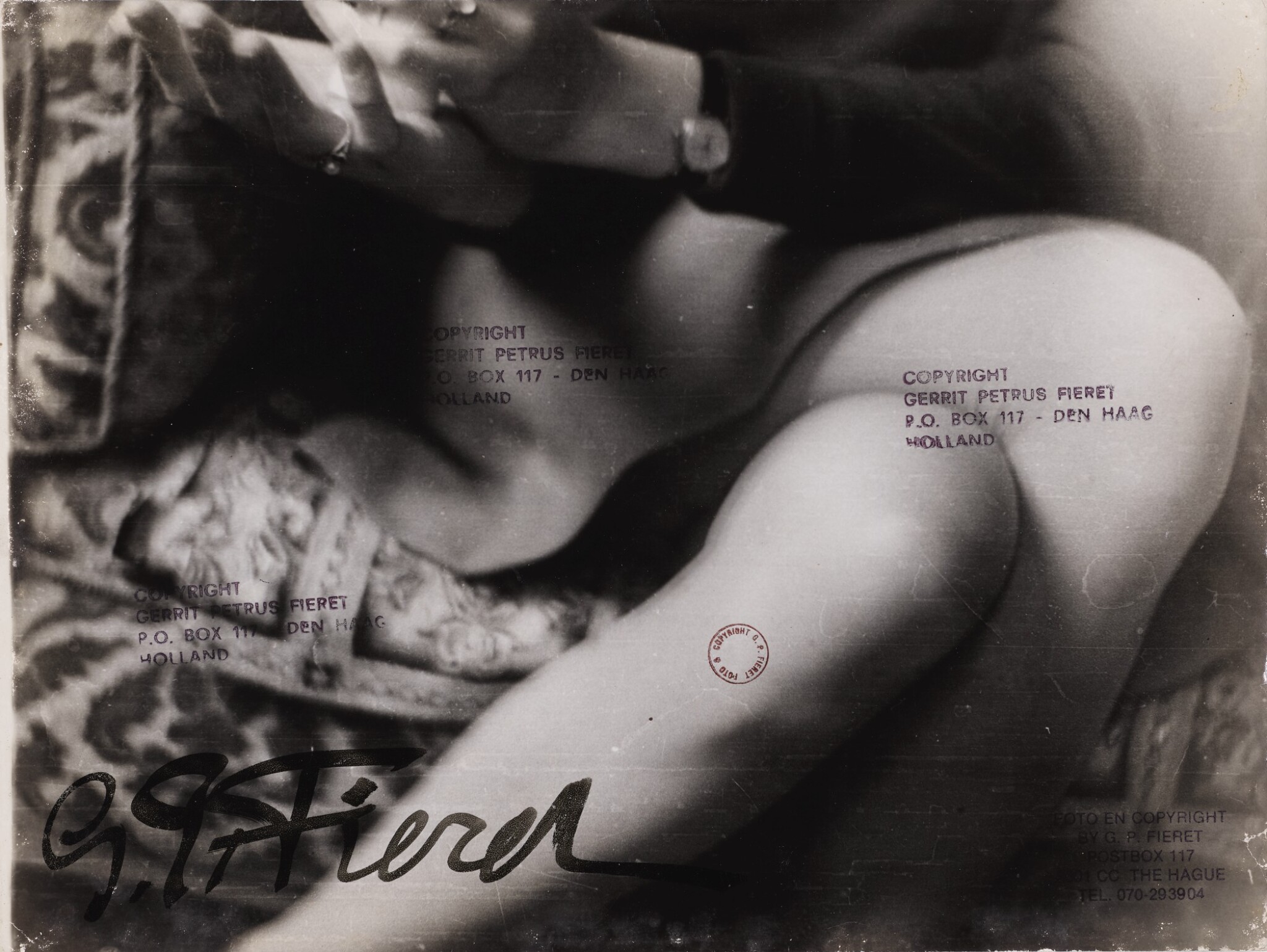 a unique gelatin silver print, signed in ink on the image, the photographer's studio/copyright stamps on the image and reverse, 1960s

Please note the colors in the online catalogue illustration may vary depending on screen settings. This photograph is in generally good to very good condition. The following are visible: scattered scratches, creases, and impressions; discoloration at the left and right edges; and edge and corner wear. The reverse is lightly soiled with scattered ink deposits and yellowed adhesive remnants. There are 3 copyright stamps.

Acquired from the photographer, The Hague

"I have been a photography dealer for 44 years. At the same time, for 28 of those years, I taught history and criticism of photography in various graduate programs, including Pratt Institute and NYU. At the Visual Studies Workshop in Rochester, NY, where I did my graduate work, I was lucky to have studied with Nathan Lyons, and with Beaumont Newhall, the preeminent photographic historian. When I became a dealer, it became clear to me, early on, that my role was to provide my clients with education, as well as photographs. Education was my gallery’s mission, as much as finding great work and selling it. We have offered Collector’s Seminars for over 40 years, and there are a good number of dealers who started off by taking one of our Seminars. Having something pertinent to say about what I was offering appealed to my buyers and kept them coming back. This is true of me, but also true about many members of AIPAD, and a good reason why Sotheby's was willing to produce this auction, for us, and, of course, for you.

What we have here is a classic example of a double set of mating signals. There is a relationship developing here, but she isn’t sure. Her crossed legs are saying No, but her beseeching hands are saying Yes. Fieret, the other party in this transaction, knows what he wants . . . he wants to possess her. What better way to do this than to have his copyright stamp of ownership walk right up her leg, laying claim to her. His ego doesn’t stop there. He signs the image in a grand, assertive fashion that would put John Hancock to shame!" - Alan Klotz

Alan Klotz Gallery (formerly Photocollect, Inc.) has dealt in fine 19th and 20th century, and vintage photography, as well as presenting emerging contemporary and mid-career work. Their mission is to be a reliable source of information on the medium of photography and collecting the same. Alan Klotz Gallery is a founding member of the Association of International Photography Art Dealers (AIPAD).