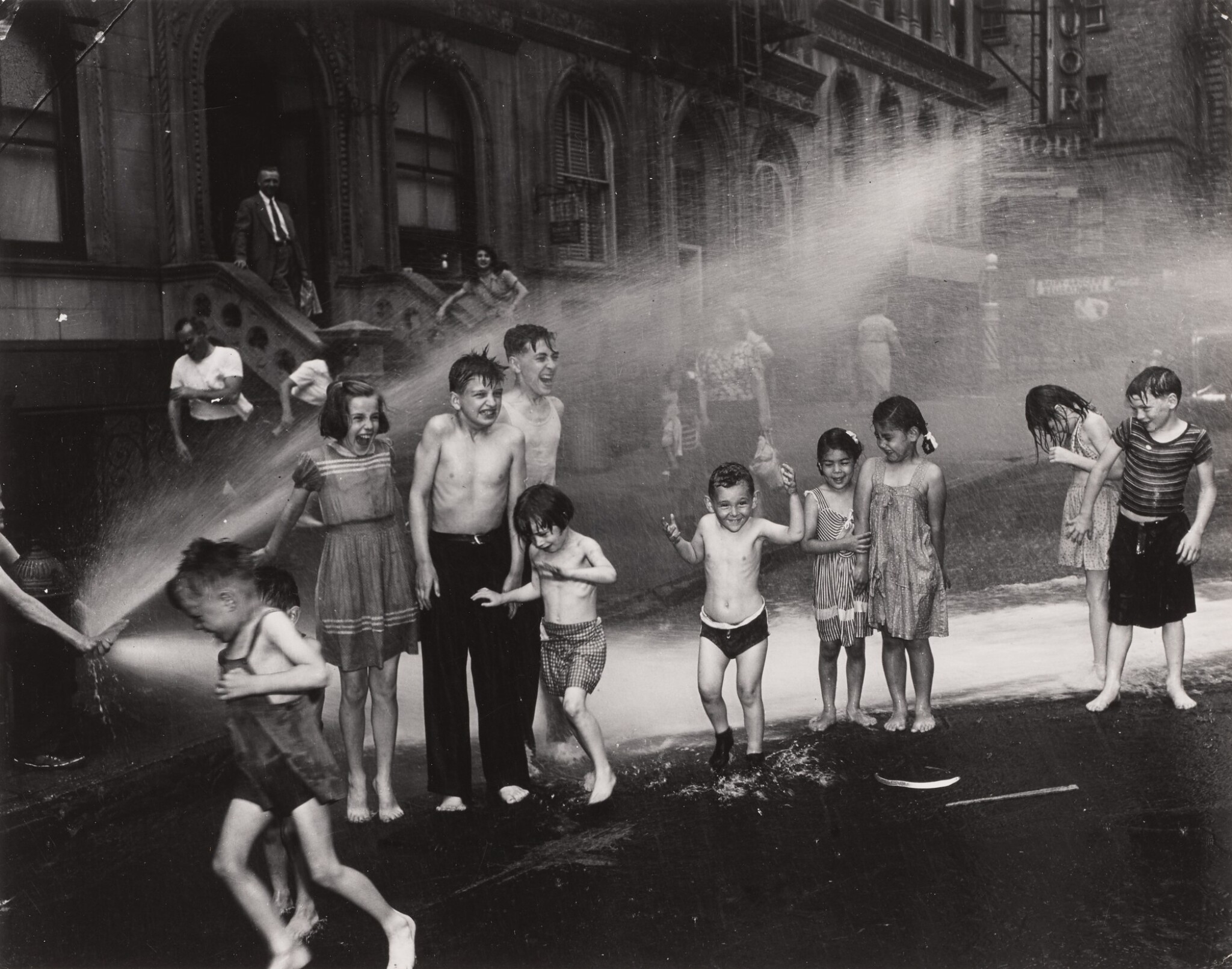 Please note the colors in the online catalogue illustration may vary depending on screen settings. This print, on paper with a semi-glossy surface, is in generally excellent condition. Visible under close examination in raking light are the following: faint scratches; impressions; and handling creases, including one in the upper left corner that appears to break the emulsion. The photograph is printed with thin irregular margins; the edges and corners are worn. ''Summer, the Lower East Side, 1937' (W. 43)' is written in pencil in an unidentified hand on the reverse.

"In 1977, at the inaugural one-person exhibition at the International Center of Photography on 94th Street at Fifth Avenue, I was instantly transfixed by the photographic imagery of Arthur Fellig- known to New Yorkers by his moniker, 'Weegee the Famous.'

Weegee’s reputation hinged on his ability to arrive at crime scenes and emergency events moments following police dispatches. His immediacy on the scene imbued his shots with closeup angles of the victims, the weapon of choice oftentimes displayed nearby, the oft vacant and darkened crime scenes, and the gawking crowds that assembled on the other side of the yellow tape.

I got hooked just like those first-person witnesses back then. Suddenly, my career mission became clear- to seek out and acquire as many of these compelling works by this crime reporter as I could find." - Henry Feldstein