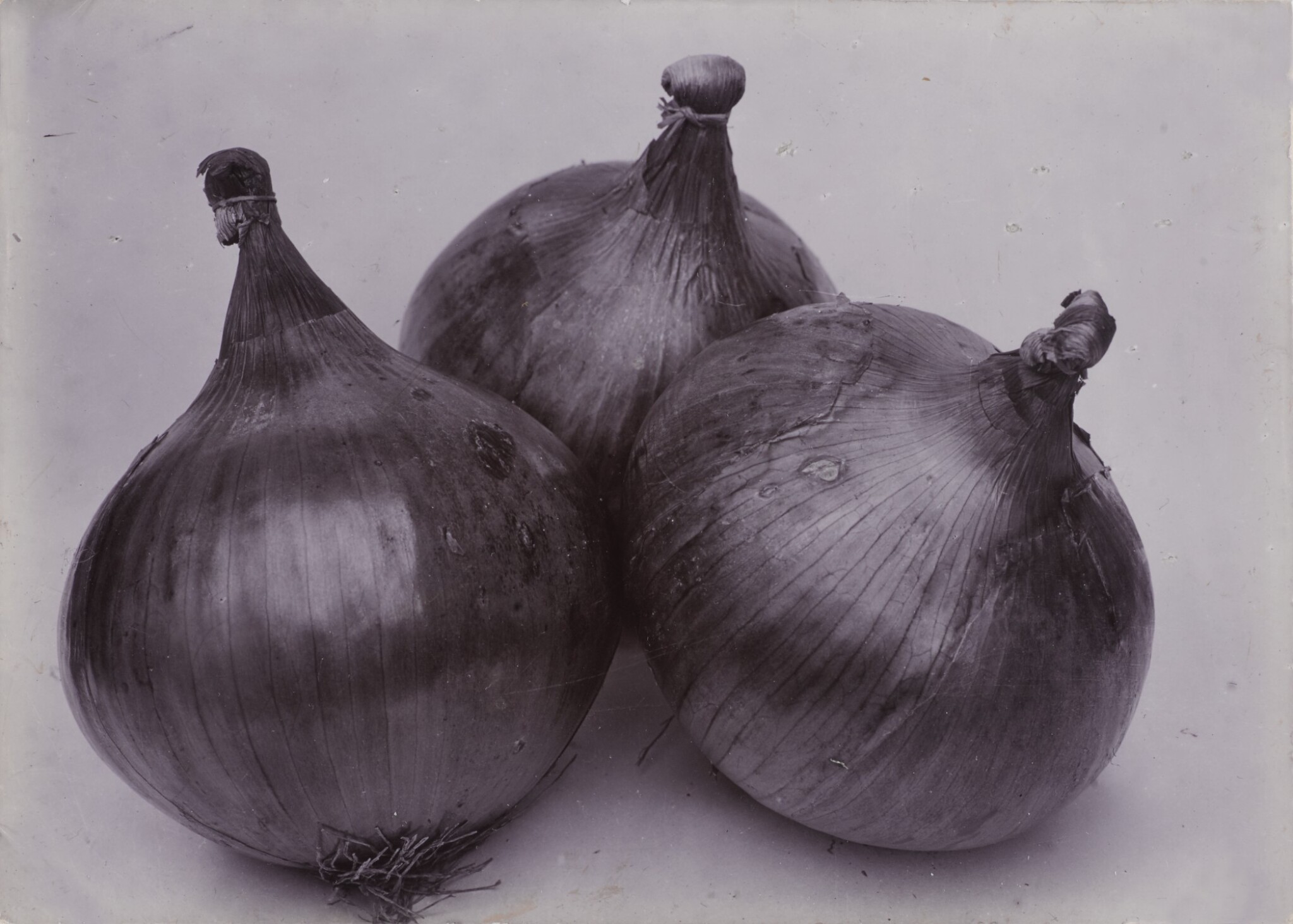 printing-out-paper print, initialed and titled in pencil on the reverse, circa 1900

Please note the colors in the online catalogue illustration may vary depending on screen settings. This early print, on double-weight paper with a characteristic heavy glossy surface, is in generally very good condition. Upon close examination, some deposits of original retouching that have shifted in tonality somewhat are visible. The reverse is soiled and age-darkened along the edges. The following is written in pencil in an unidentified hand: '(D(LL(09(AO)V78'

"For thirty-five years, Charles Isaacs Photographs, Inc. has maintained a distinguished inventory of 19th and 20th century masterworks of photography. The still life offered here is by Charles Jones, a professional gardener whose photographs remained unknown until 1981. His luminous images of vegetables and fruit, made at the turn of the 20th century, anticipate modernist strategies of depicting objects directly and stripped of context, relating his formal approach to works of Giorgio Morandi, Karl Blossfeldt, and Edward Weston." - Charles Isaacs