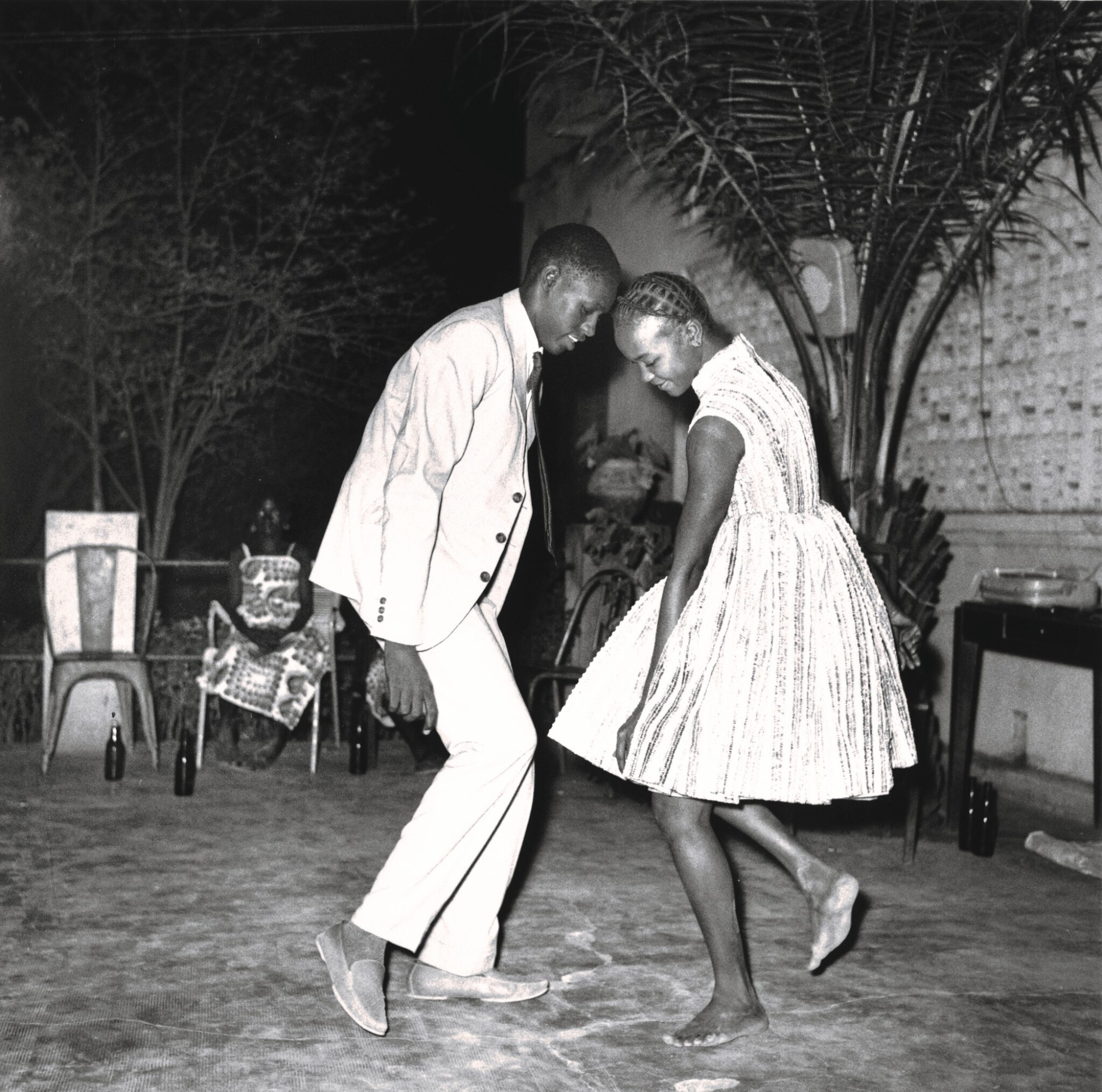 gelatin silver print, signed, titled, and dated in ink in the margin, 1963, printed in 2013 by Philippe Salaun

Please note the colors in the online catalogue illustration may vary depending on screen settings. This gelatin silver print is in generally excellent condition. There is a pinpoint-sized impression near the right edge, visible only in raking light. The lower left margin edge is bumped and creased.

"I chose this picture for several reasons. First of all, for personal and sentimental reasons. Malick Sidibé was one of the first artists I worked with when I started the gallery in 1995, before our physical gallery space even existed. I’m very proud to see how Sidibé became one of the most important African photographers and that this particular image became such an icon. Second of all, this image is a good example of how Sidibé documented Mali after the French colonial rule ended. His photographs became a real-time chronicle of the euphoric zeitgeist gripping the capital, a document of a fugitive moment. His nickname was the Eye of Bamako." - Roger Szmulewicz

Gallery FIFTY ONE specializes in fine art photography and works on paper. Since its founding in 2000, the gallery has focused on 20th- and 21st-Century classic, fashion, African, and contemporary photography. In 2018, the gallery launched ’28 Vignon Street’: an online art platform that responds to the digital evolution of the art market.