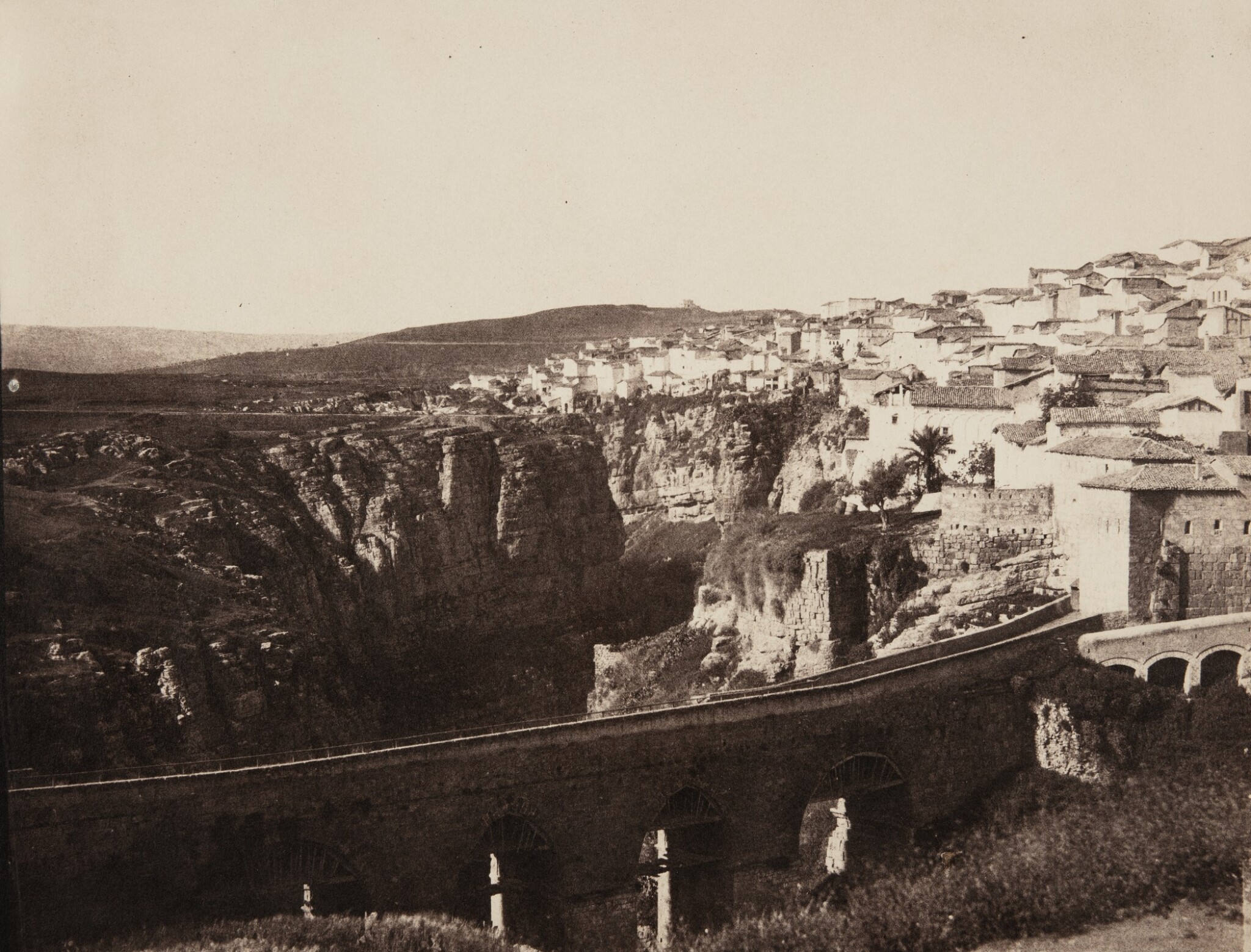 Please note the colors in the online catalogue illustration may vary depending on screen settings. Grading this salt print on a scale of 1 to 10 – a 10 being a salt print with deep brown dark tones and highlights that retain all of their original detail – this print rates an 8. The darks retain a high level of detail, and the highlights are faintly yellowed but still creamy. This print is in generally very good to excellent condition. There are deposits of original retouching in the lower right quadrant. There are losses along the upper edge and at the upper right corner which are mostly confined to the black margins only slightly affecting the image. There is a tear along the right margin edge which has been expertly retouched on the reverse. There are a few creases in the black margins. '100.19.6' is written in an unidentified hand in pencil.

"The Gary Edwards Gallery was previously located in Washington, D. C., and has been located in Southampton, N. Y., since 2017. Early photography is the gallery's specialty, with a large inventory of 1840s and 1850s calotypes and salt prints.

The American photographer John Beasley Greene is considered one of the most singular photographers of the early period. His photographs of Egypt and Algeria are informed by his knowledge of architecture, archaeology, and a very original vision." - Gary Edwards

J. B. Greene, a founding member of the Société Française de Photographie, was perhaps the first archaeologist to utilize photography. By 1853, Greene had mastered Gustave Le Gray's new waxed-paper process, and subsequently used it to photograph ruins and excavated sites in North Africa and the Middle East. Greene made two trips to Algeria, in late December of 1855 and in February of 1856, each time taking part in the excavation of the second century B. C. E. funerary monument, La Tombeau de la Chrétienne. In early 1856, Greene photographed in the area around Constantine and near Algiers.