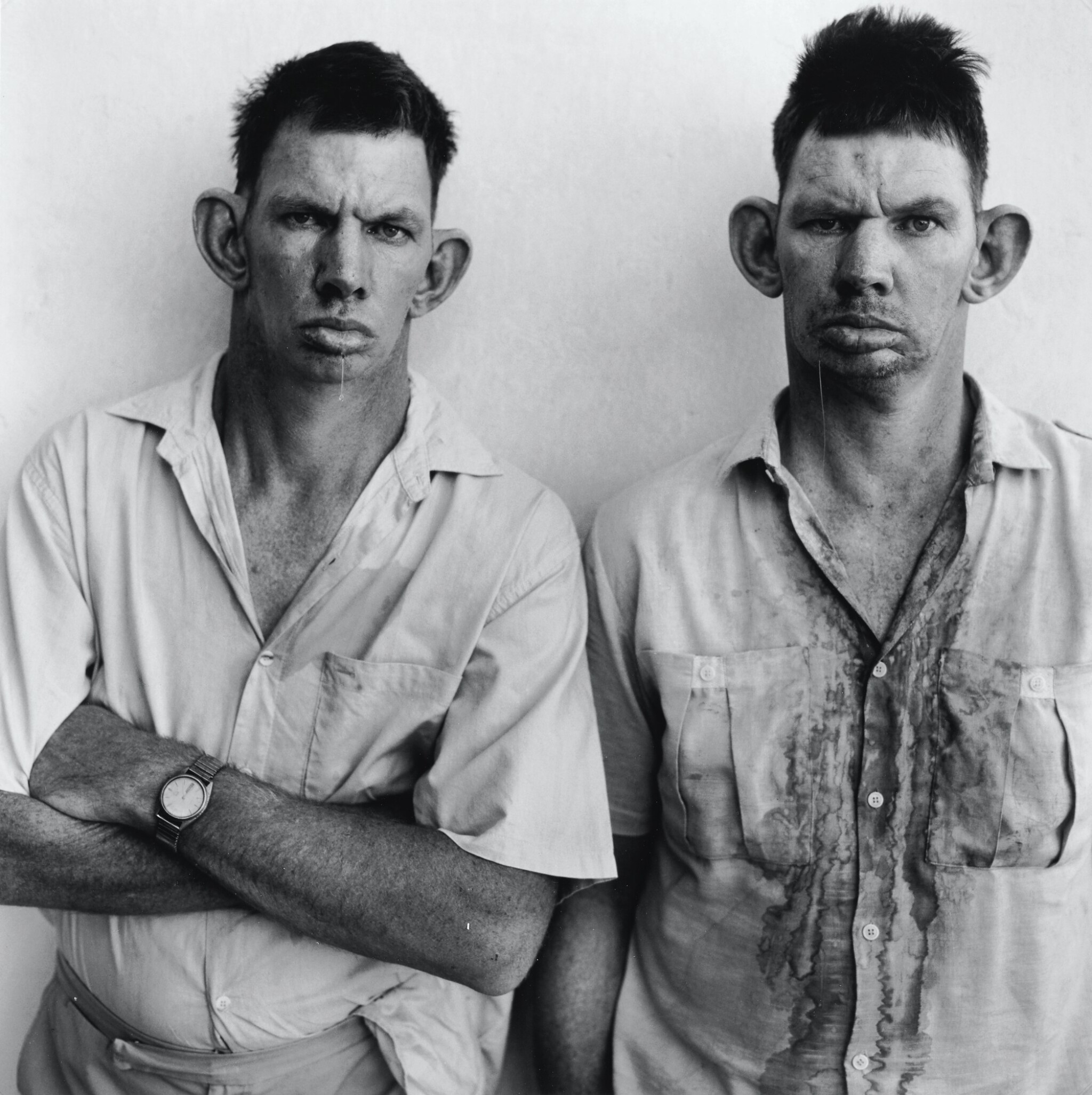 Please note the colors in the online catalogue illustration may vary depending on screen settings. This photograph is in generally excellent condition. The following are written in pencil in an unidentified hand on the reverse: '6140-RBA'; 'P25129'; and 'Gold Toned Spot (1).'

Of this image, Ballen wrote, "This is the image that I will probably be most remembered for. Millions of people have seen it; few have forgotten it. For some unknown reason, it is able penetrate the inner mind and lodge itself there. Why and how the human brain responds to this image in this way remains a mystery" (Ballenesque, p. 108). The present photograph is from a long sold-out edition.

"Etherton Gallery is known for its commitment to photography that exceeds socially acceptable boundaries, and highlights work by photographers Joel-Peter Witkin, Diane Arbus, Larry Clark, and Roger Ballen, among others. Roger Ballen’s photograph Dresie and Casie, Twins, Western Transvaal, South Africa, is from an early series called Platteland. In the late 1980s and early 1990s, Ballen began to document poor white communities living on the fringes of South African society. Dresie and Casie makes visible a group of people the apartheid government tried to hide, because they represented the failures of the system. Dresie and Casie also represents a transition from Ballen’s documentary style to staged psychological portraiture. An iconic image from Ballen’s early artistic output, this print is from a sold out edition. Roger Ballen stopped making gelatin silver prints in 2015." - Terry Etherton

Since 1981, Etherton Gallery has showcased the icons of the history of photography as well as the contemporary artists changing its course. Its exhibitions highlight the most important figures in the history of the medium and remains dedicated to making great works of photography accessible to novices and experienced collectors alike.