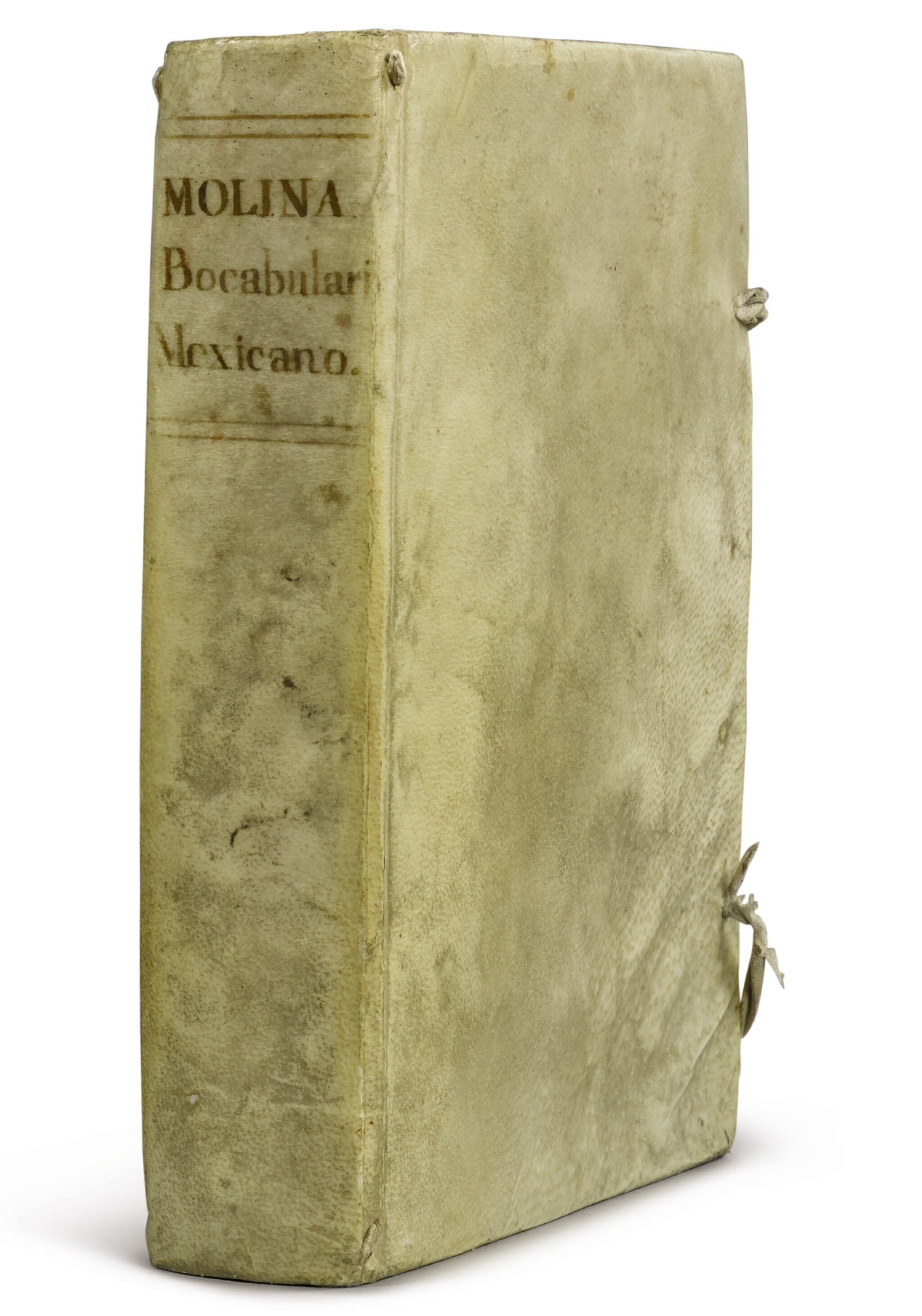 First edition of the first dictionary and indeed one of the earliest books to be printed in the Americas, as well as the first vocabulary of the Nahuatl language.

Evidently only the second complete copy to have ever come to public auction; the first, the Phillipps-Robinson copy, sold in these rooms in 1986 for $375,000.

An outstanding example from the first press in America. Juan Pablos' first dated work appeared in 1539, but for the first ten years he was obliged to publish under the imprint of Juan Cromberger, the Seville printer who financed the press. All early Mexican books are very rare —most are represented by imperfect or fragmentary copies, and of several no copy is at present known.

Molina's Vocabulario is now recognized as being one of the most important works on the Nahuatl language. This first work, printed in 1555, consisted of a Spanish to Nahautl dictionary; Molina would go on to develop the first Nahautl to Spanish dictionary 16 years later, publishing the two parts together to form the first complete bilingual dictionary of the Nahuatl langage (see lot 2200)- an astounding accomplishment, especially when one understands how fundamentally different the two languages syntactically, phonologically, and semantically. Creating a work such as this was not simply a matter of determining a word-to-word listing of translations, but rather, required a person who could understand the differences in the ways the two peoples viewed and conceptualized the world. Molina luckily had learned to speak both Spanish and Nahautl as a child, and so grasping these contrasting perspectives came naturally to him. He also had a great collaborator in this task; Bernardino de Sahagún, a fellow Franciscan Friar who dedicated 50 years of his life to learning the Nahuatl language, as well as studying Aztec history, culture, and beliefs. The importance of the pair's contributions to ethnolinguistics and ethnography cannot be overstated.