Mather, Cotton. The Wonders of the Invisible World. Being an account of the tryals of several witches... London: 1693
Lot Closed
Lot 2198 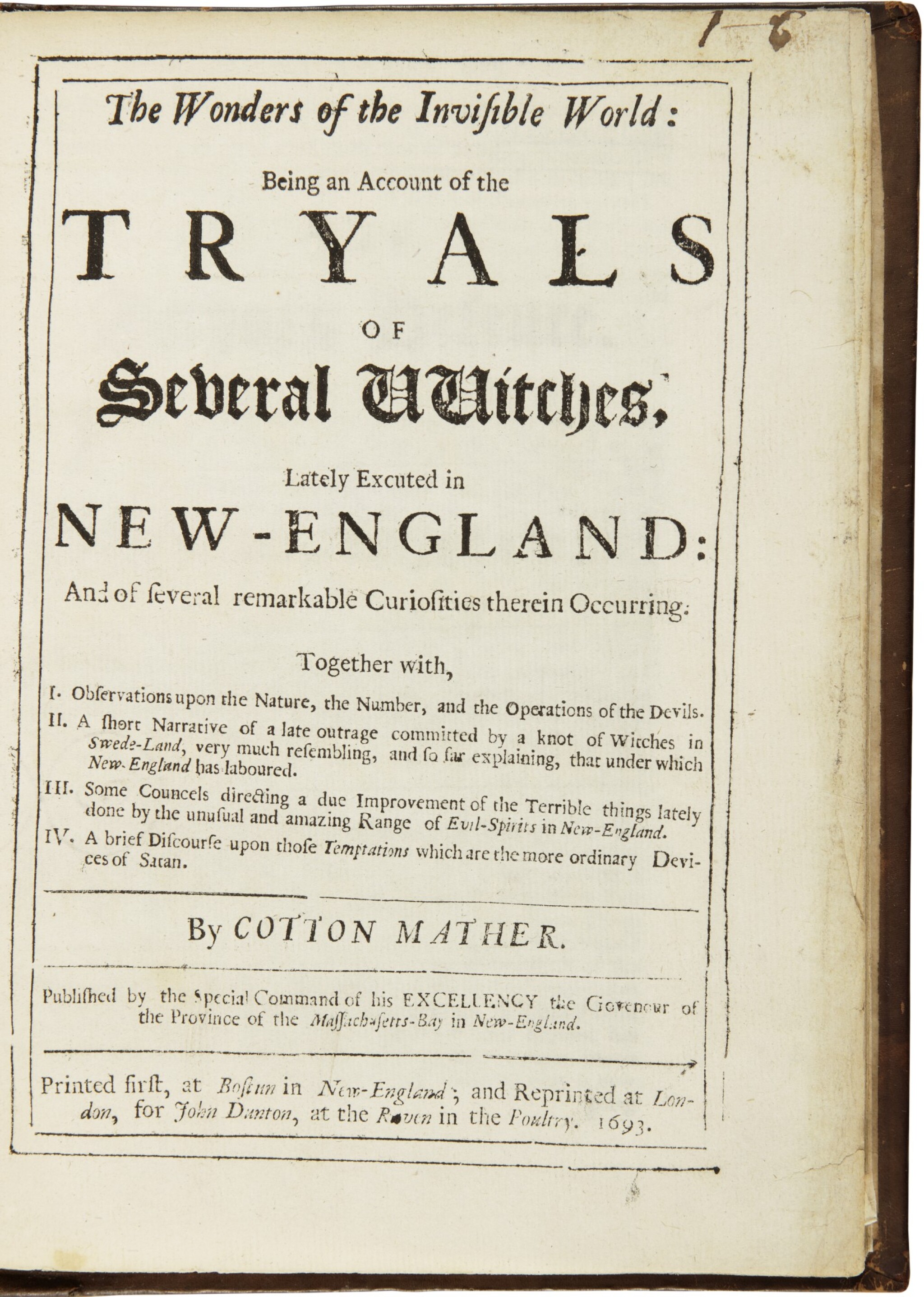 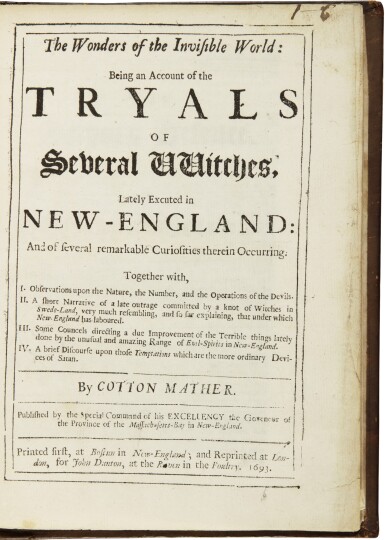 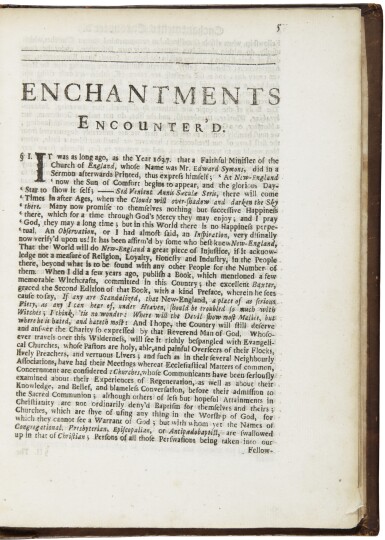 Mather, Cotton. The Wonders of the Invisible World. Being an account of the tryals of several witches... London: 1693

Mather, Cotton. The Wonders of the Invisible World. Being an account of the tryals of several witches... London: 1693

THE WONDERS OF THE INVISIBLE WORLD: BEING AN ACCOUNT OF THE TRYALS OF SEVERAL WITCHES LATELY EXECUTED IN NEW-ENGLAND. PRINTED FIRST, AT BOSTON IN NEW-ENGLAND, AND REPRINTED IN LONDON: JOHN DUNMOW, 1693

The first and only complete London edition

One of the rarest and most important of Mather’s works, The Wonders of the Invisible World exhibits the delusion that affected colonial New England. Mather, from a notable Boston family, entered Harvard College at twelve, and graduated three years later. At the time of the Salem trials in 1692, Mather was regarded as one of the most respected divines in New England.

Mather authored more than 400 books and tracts during his life, and had an enormous impact on American thought at the turn of the eighteenth century. The Wonders of the Invisible World has remained one of his best-known works. Written in the summer of 1692, while the trials were still being held, Mather's text offers descriptions of the individual cases, and the events surrounding them. Over one hundred suspected witches were arrested, and nineteen hanged before the hunt lost momentum in the autumn of 1692. Increase Mather—Cotton's father—led the charge against the prosecutors.