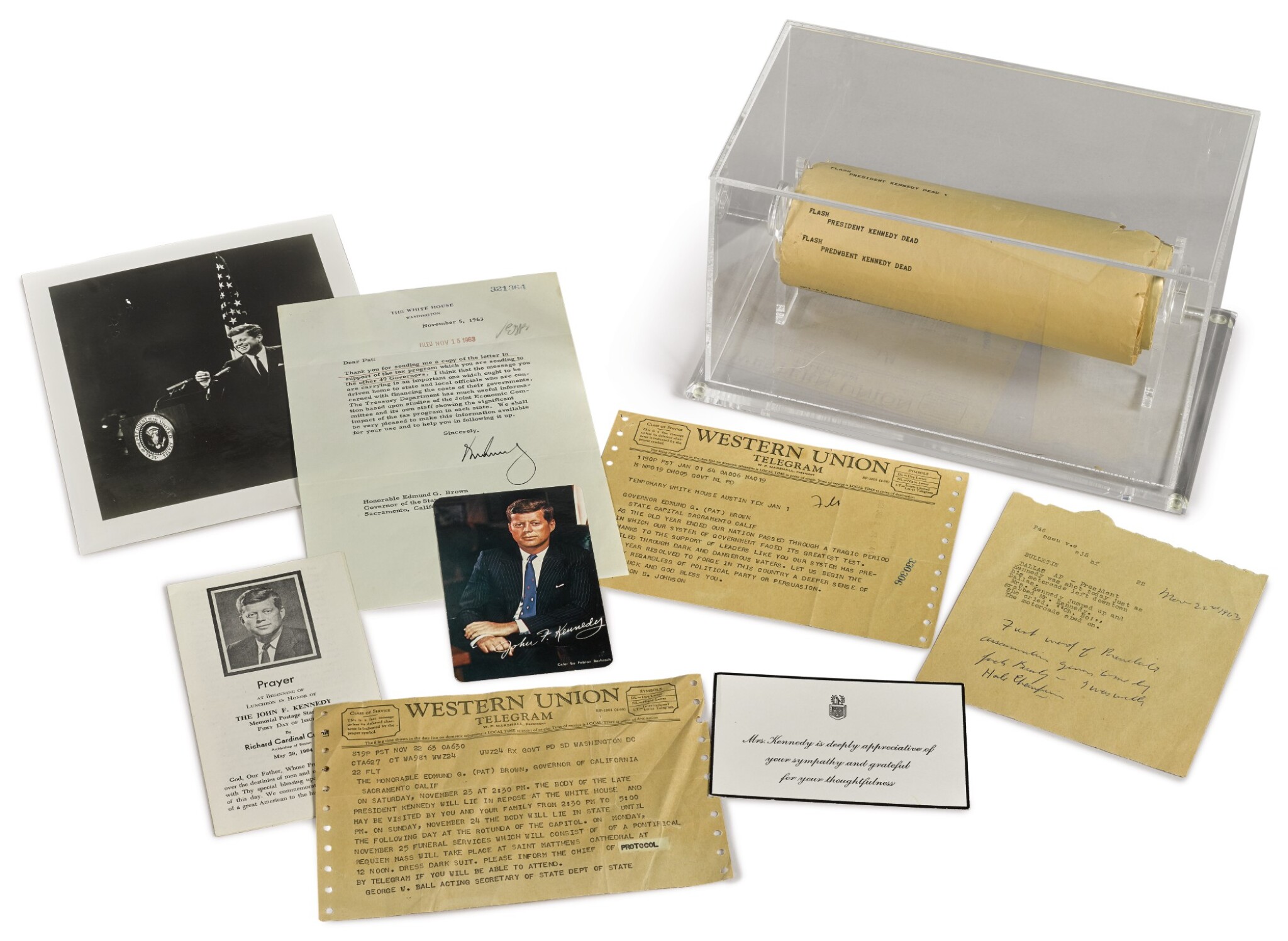 No presidential death since Abraham Lincoln's affected the nation as Kennedy's assassination did. The news first broke at 12:39 EST with an Associated Press Wire Bulletin announcing that the president had been shot. Just as President Lincoln would have perhaps been better positioned than Andrew Johnson to reunite the cuontry and possibly avoid the racial and other problems that ensued, so JFK would have taken the country in a different direction than Lyndon B. Johnson, most significantly regarding the Vietnam War.

The material in this archive is unique, as it comes from a single source—then Governor of California, Edmund G. "Pat” Brown—and chronicles a country in mourning. The letter from JFK to Brown, written only a few days before his assassination, discusses the former's tax-reform program, which had been languishing in Congress. The letter from Johnson, written just ten days after he assumed office, takes on a more personal tone, with the President writing: "I need your help and support in the difficult days that lie ahead, and I know that I shall find it.” And adding in his hand: “Pat, I'm depending on you in the West." Jacqueline Kennedy wrote to Brown expressing her gratitude:  “It is with the deepest appreciation that I write thanking you for the time and effort you have devoted to the oral interviews for the John F. Kennedy Library...I shall always be grateful to you for the part you have played in this project.”

A remarkable archive of material, marking the assassination as well as the legacy of President John F. Kennedy