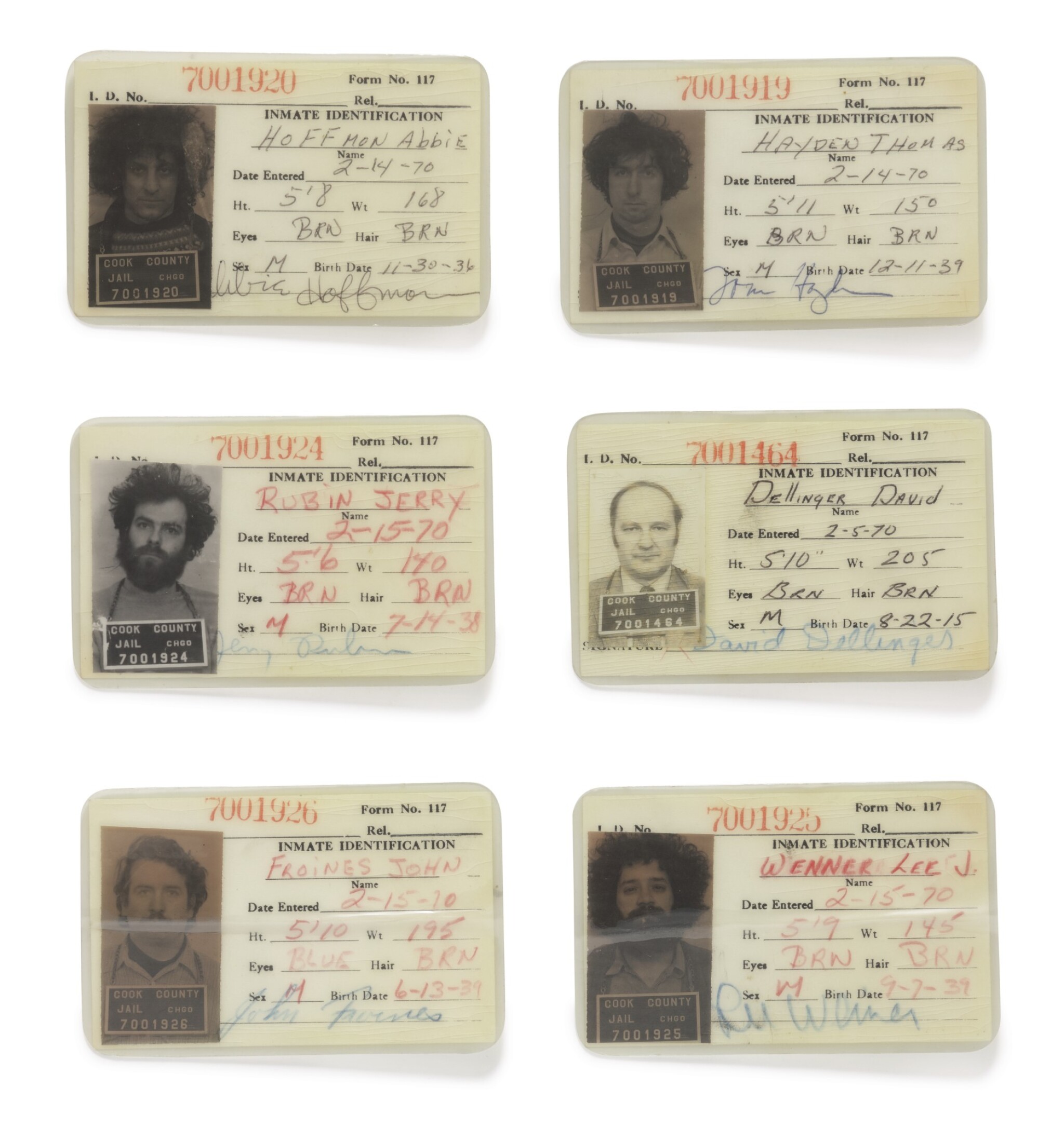 “The whole world is watching”

Nineteen sixty-eight was one of the most volatile years in recent American history. As politicos gathered in Chicago in August for the Democratic National Convention, America was reeling from the assignations of Martin Luther King Jr. and Robert F. Kennedy, and the deadly — and deeply unpopular — war in Vietnam. Hubert Humphrey would clinch the highly contested nomination, but the accompanying spectacle of police brutality in the streets of Chicago would quickly come to define the legacy of the convention.

Chicago Mayor Richard Daly had refused to issue almost any permits to anti-war demonstrators in advance of convention, setting the stage for a contentious meeting between protesters and the some 24,000 Chicago Police Officers and Illinois National Guardsmen called in to police the city. Though they were a small number of the thousands of protesters present that week, the fates of Youth International Party members Abbie Hoffman, Jerry Rubin, et al. (the “Chicago Seven” following the severing of Bobby Seale’s prosecution) came to define the more than 650 arrested, and 1,100 injured protesters in Chicago. The group faced a number of charges, including conspiracy to cross state lines with intent to cause a riot. Though five of the seven were found guilty, and all were cited and jailed for contempt of court. Their convictions were ultimately overturned by the Seventh Circuit Court of Appeals in 1972.