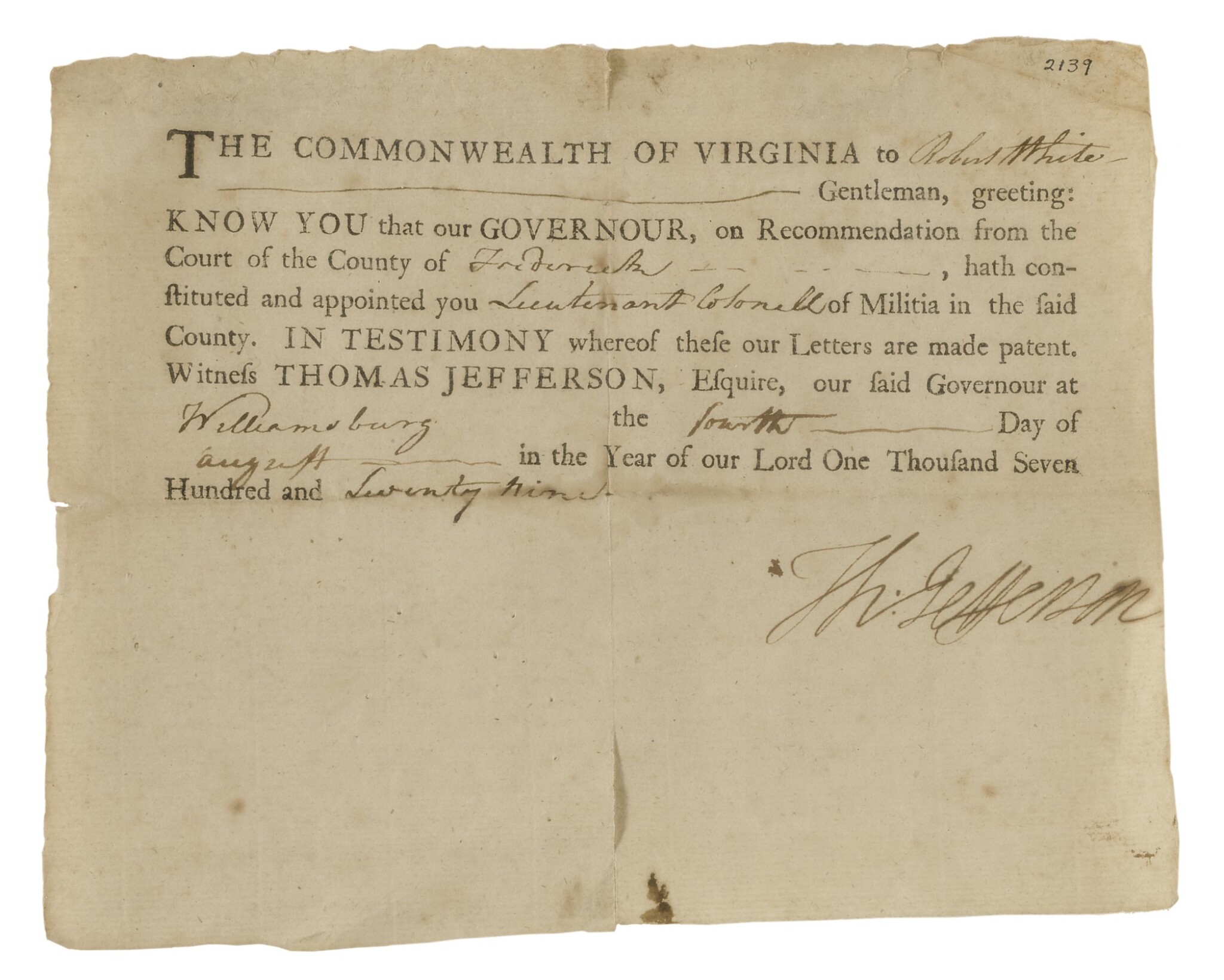 Partially printed document (6 3/8 x 8 1/4 in.; 166 x 211 mm), accomplished in a clerical hand, Williamsburg, 4 August 1779; a few light stains, some marginal separation at central fold. Matted, framed, and glazed. The consignor has independently obtained a letter of authenticity from PSA that will accompany the lot.

A very scarce militia appointment from early in Jefferson's gubernatorial term. Jefferson here commissions Robert White a Lieutenant Colonel of militia in Frederick County. According to the standard auction records, this is the only Revolutionary War militia appointment signed by Jefferson to appear at auction in thirty-five years.