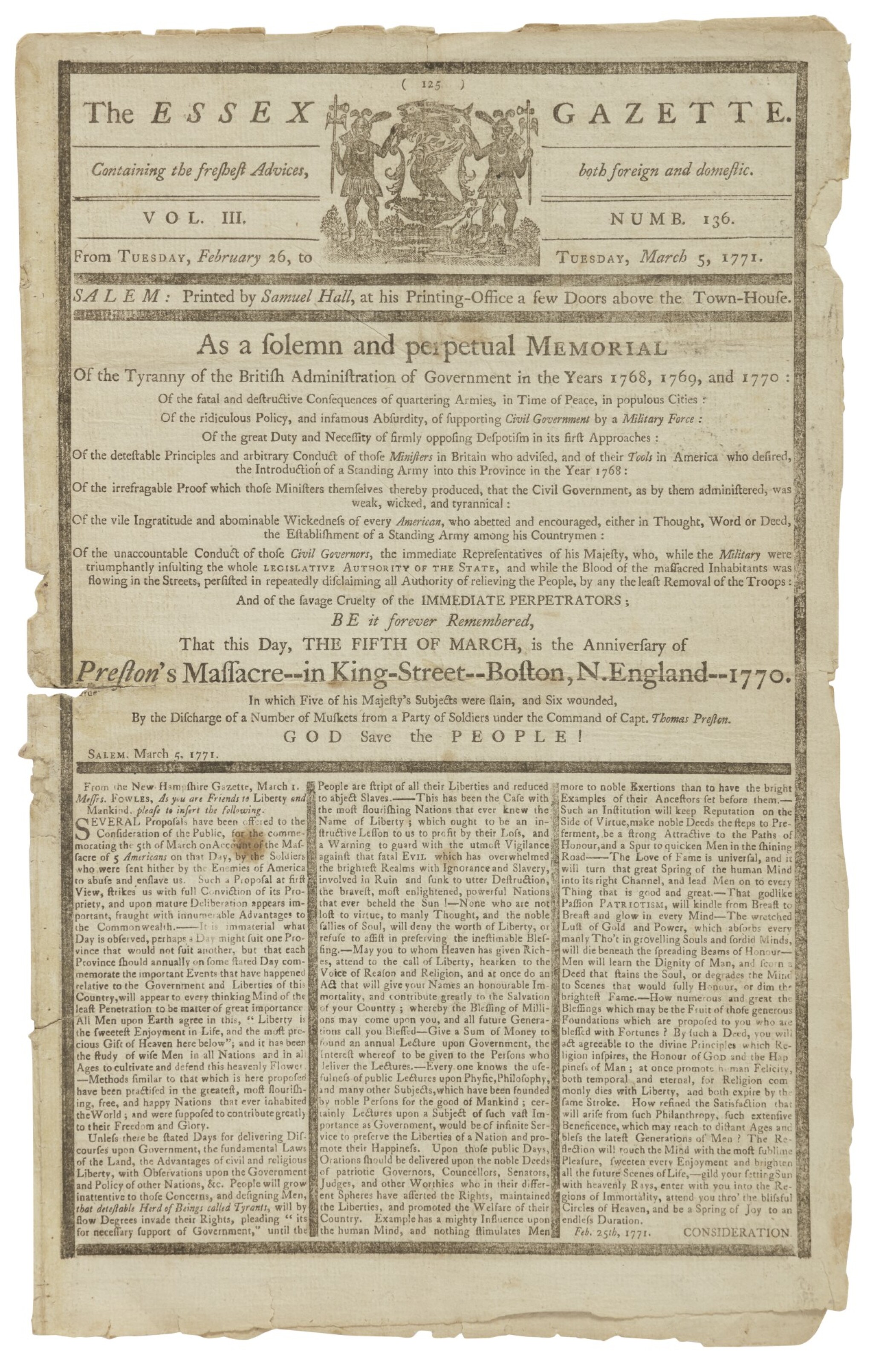 Folio, four pages (15 5/8 x 10 in.; 400 x 250 mm) on a full sheet of laid paper, fine allegorical woodcut vignette in masthead, woodcut vignette of a sailing ship among the advertisements, text in one column (21-line banner headline on front page) and three columns, columns separated by heavy mourning rules; separation with a bit of loss at central fold, a few stains, disbound. The consignor has independently obtained a letter of authenticity from PSA that will accompany the lot.

One of the first American banner headlines: "As a solemn and perpetual Memorial … Be it forever Remembered, That this Day, the Fifth of March, is the Anniversary of Preston's Massacre—in King-Street—Boston, N. England—1770."

A dramatic and very early American banner newspaper headline rallying Americans to oppose their British oppressors. Hall's incendiary front page, in design and content, could easily have been printed as a broadside. Foreshadowing the Declaration of Independence, he lists the transgressions of the British—"quartering Armies, in Time of Peace, in populous Cities … supporting Civil Government by a Military Force … the Introduction of a Standing Army into this Province in the year 1768"—before proclaiming "God Save the People!"