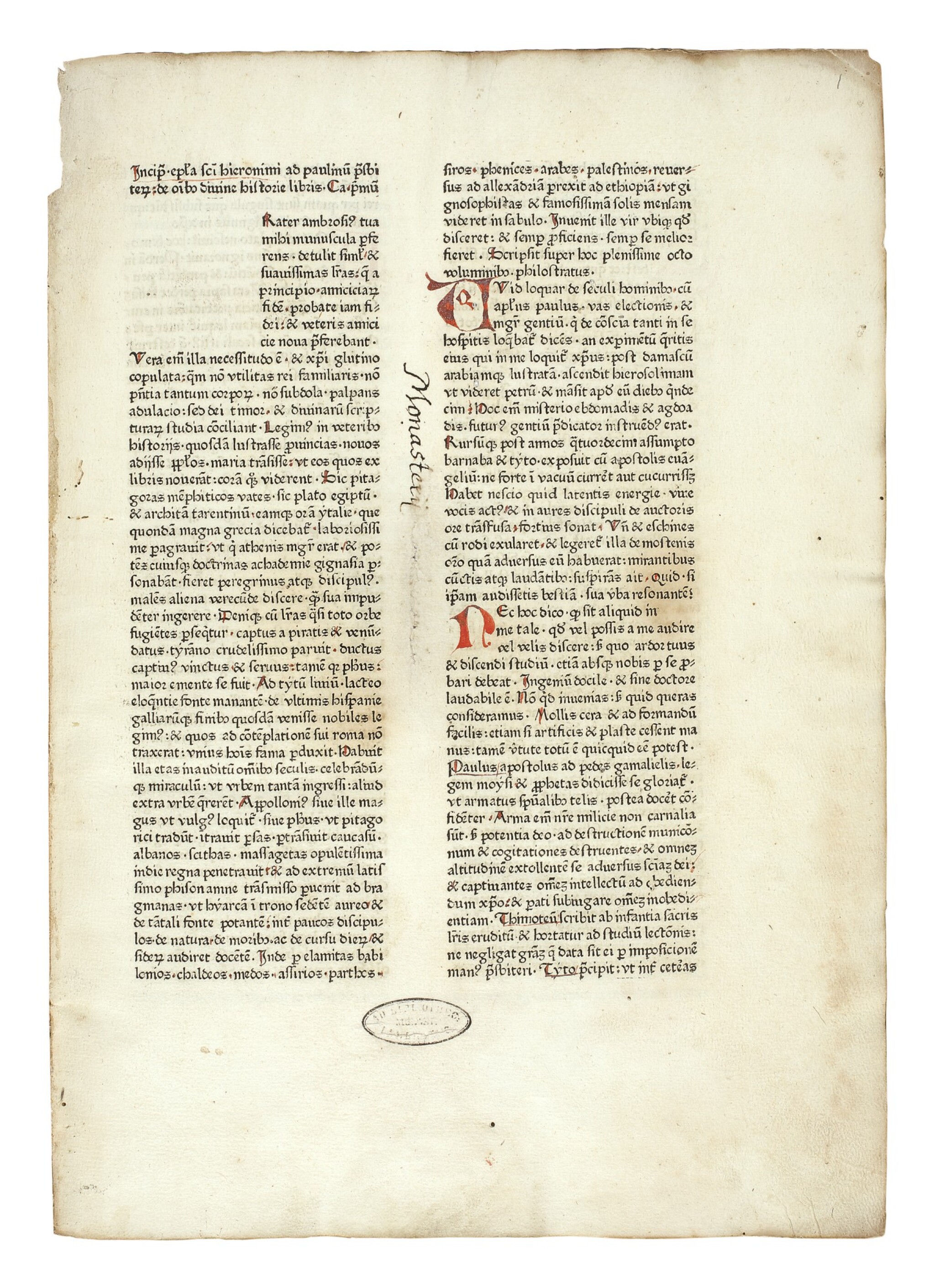 Royal folio (401 × 288 mm). Collation: [1-810 9-108 (Octateuch); 11-2310 24-258 (Kings, Chronicles, 1-4 Ezra, Tobit, Judith, Esther, Job, Psalms); 26-3810 3912 (Proverbs-Ecclesiasticus, Major and Minor Prophets, Maccabees); 40-4810 496 (+5*: quoniam vna hora) (New Testament, colophon 49/6r, verso blank)]: 481 leaves. In this copy the conjugate of the inserted leaf 24/5* is preserved as a full blank leaf intervening between 24/1 and 2. It was intended to be cut away to a stub, and so is not counted in the collation. Two columns, 48 lines. Initial spaces, rubricated red (irregularly, chapter initials stop being added in Numbers, headlines stop in Joshua, Psalms entirely unrubricated). Contemporary pink leather binding, the covers seemingly impressed with a single large block of floral pattern, and the edges correspondingly painted in green with a floral pattern, two fore-edge catchplates with a rosette pattern, the binding badly worn and wormed, spine rebacked with sheep, upper cover loose. Worming continues to leaves at front and back.

The first of six Vulgate Bible editions in Royal folio format printed by Koberger from 1475 to 1480. Its contents including prologues are exactly those of the Gutenberg Bible and its immediate descendants, though Koberger’s specific source has not been identified.