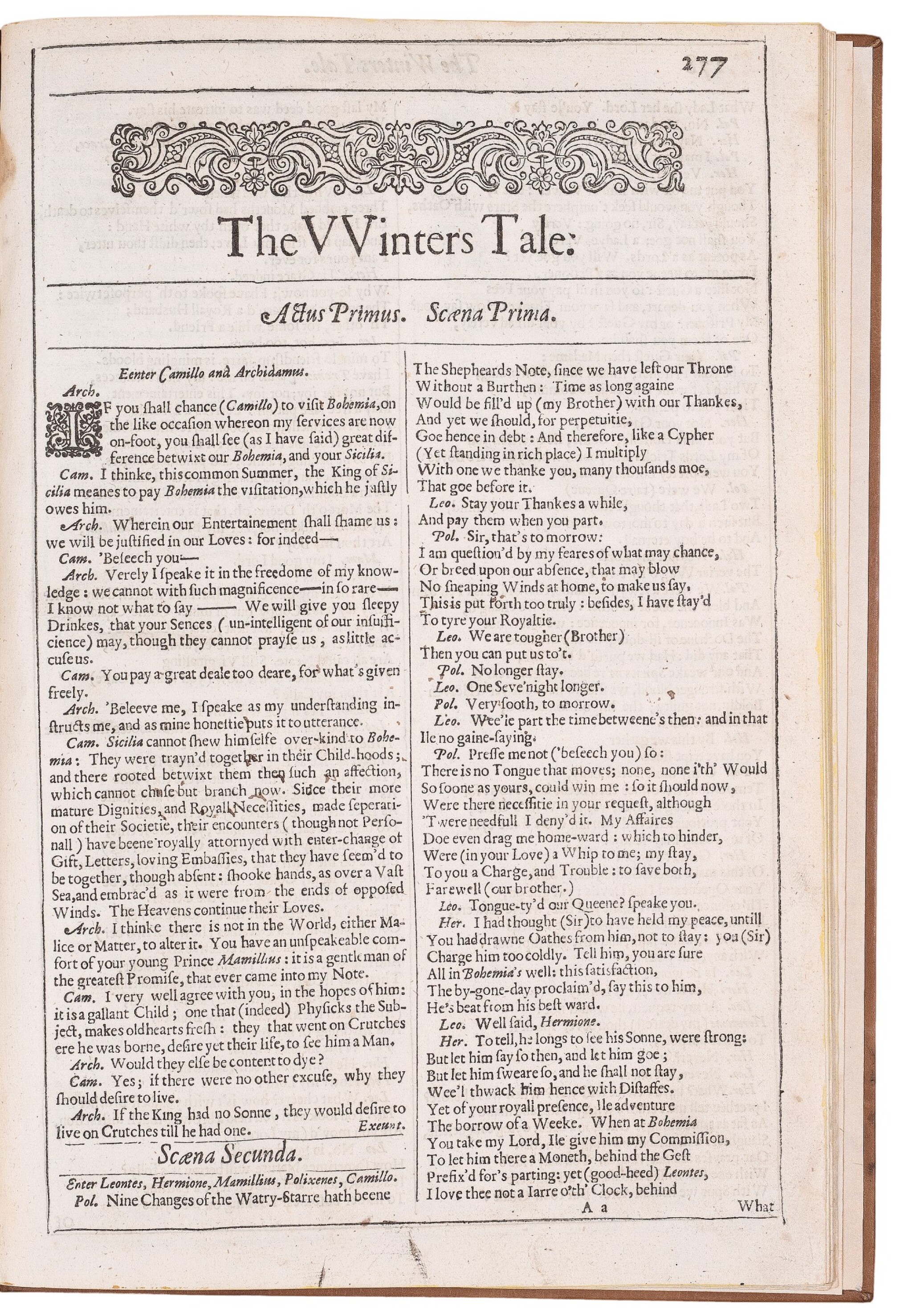 "The Winter's Tale" is split into two parts, set sixteen years apart. In the first, Leontes, the King of Sicilia, becomes irrationally paranoid about his pregnant wife's fidelity when his friend, Polixenes, begins staying with them. He orders Polixenes to be killed, places his wife under arrest, and orders the baby be banished to Bohemia. In the second part, the baby, Perdita, is grown, and has fallen in love with Polixenes' son.

The Shakespeare Folios have "an aura of book magic about them. For a bibliophile it is a volume devoutly to be wished for and rarely attained; to a library it is a crowning jewel of a collection. Shakespeare, indeed, is a name to conjure with. No lengthy explanations are needed; he is simply the most distinguished author in the English language" (Wolf).