Fine Books and Manuscripts, Including Selections from the Collection of Barbara and Ira Lipman 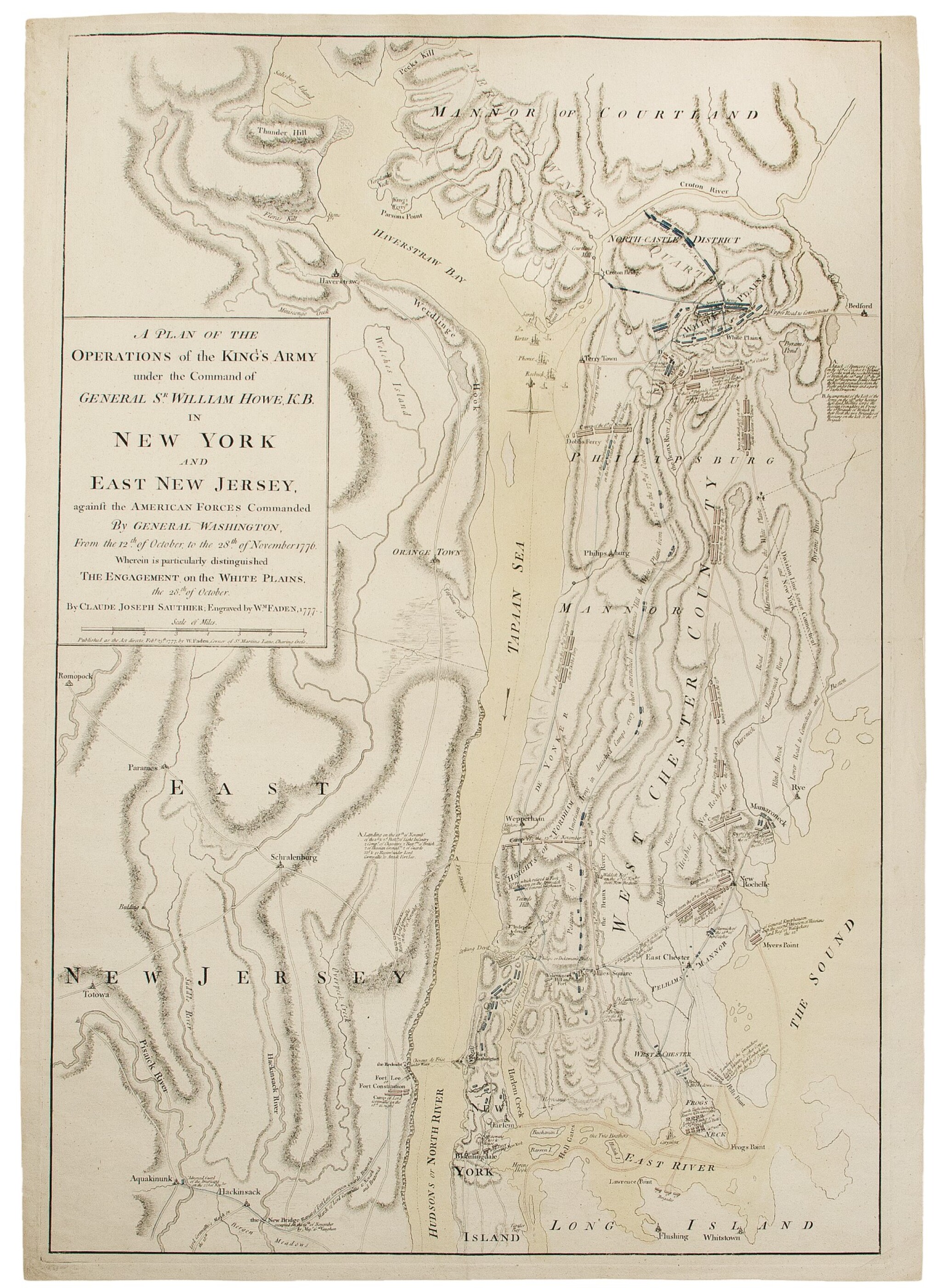 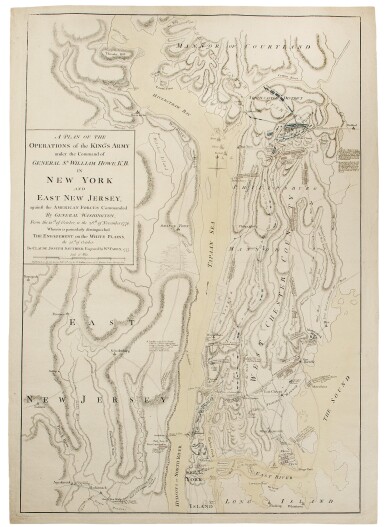 A Plan of the Operations of the Kings Army Under the Command of General Sr. William Howe, K.B. in New York and East New Jersey against the American Forces Commanded by General Washington, from the 12th of October to the 28th of November 1776. Wherein is particularly distinguished the encampment on the White Plains. London: William Faden, 1777

﻿The most accurate published delineation of the movements of the armies of Washington and Howe in Westchester published by Faden in February 1777 from drawings made by the British engineer Claude Joseph Sauthier who accompanied Howe on the October and November campaign. "Shows in detail movements and encampments of the British and American units from the north shore of Long Island north to the Croton River, south to Fort Washington on upper Manhattan, and west to Fort Lee New Jersey...Many engraved notations describe maneuvers and engagements" (Nebenzahl).

Following the Battle of Long Island in August of 1776, Washington retreated with the American forces into Manhattan and further north to White Plains. Howe pursued Washington, and this map shows the various landing places and camps of British and Hessian troops at Myers Point in Pelham, New Rochelle, and Mamaroneck, as well as the location of five war ships blocking the entrance to the Croton River. The map focusses largely on the 28 October Battle of White Plains and the subsequent retreat of the Americans to North Castle. On the west side of the Hudson, the map also shows the location of Cornwallis' camp after the taking of Fort Lee as late as November 18th.

The present plan is the second state, with the addition of five ships off Sarak Island (the Tartar, Phoenix, and Roebuck), and a dotted line charting their course. A later edition of the map was published within Stedman's History.