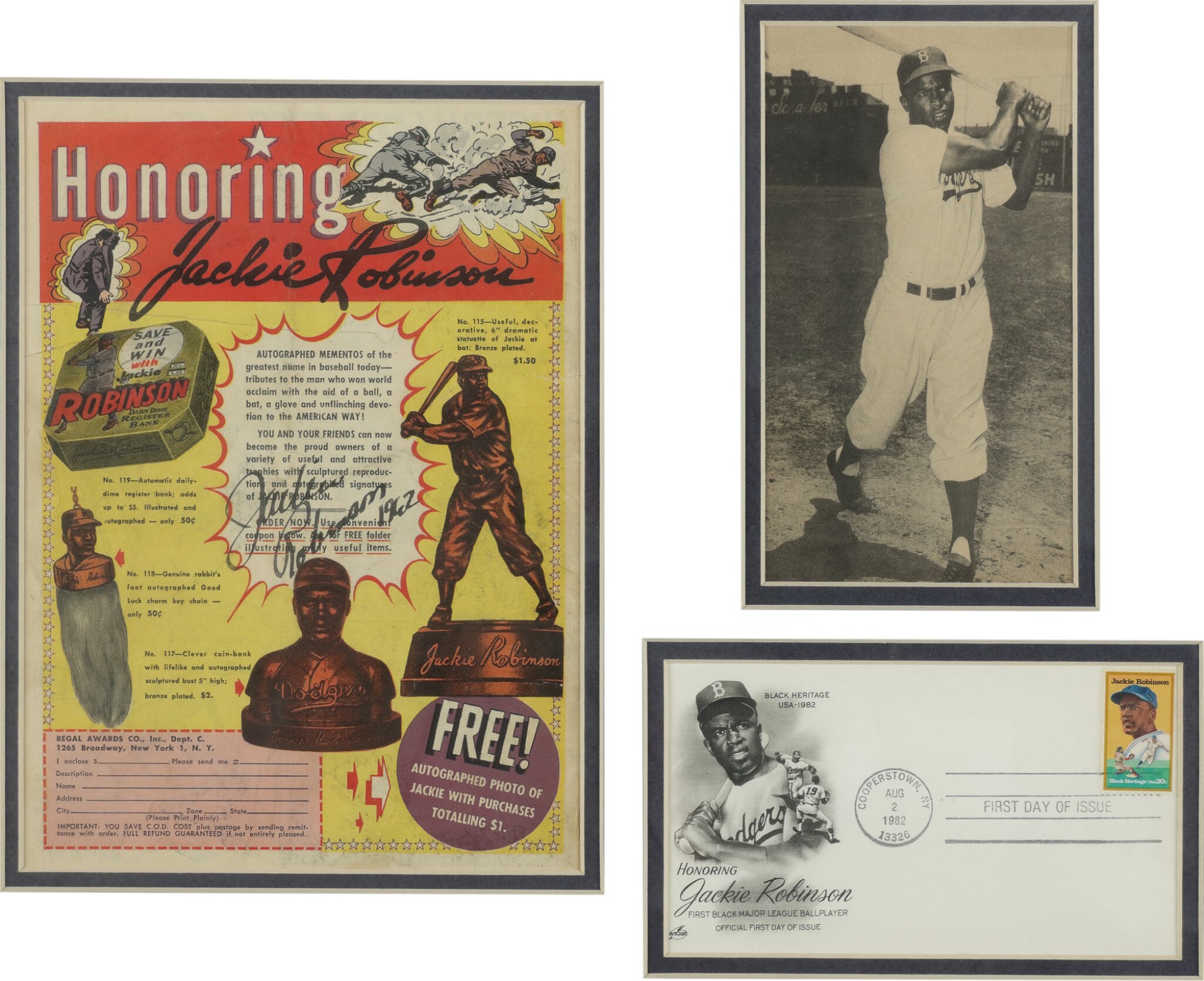 Signed advertisement page (235 x 172 mm), evidently removed from a circa-1950s comic book featuring coin banks and other Robinson memorabilia. Matted, framed, and glazed with a photographic portrait of Robinson in Dodgers uniform swinging a bat and with a first day of issue cover for Robinson's 1982 Black Heritage commemorative 20-cent stamp.

The advertisement touts its wares as a mementos "of the greatest name in baseball today—tributes to the man who won world acclaim with the aid of a ball, a bat, a glove and unflinching devotion to the American Way!"