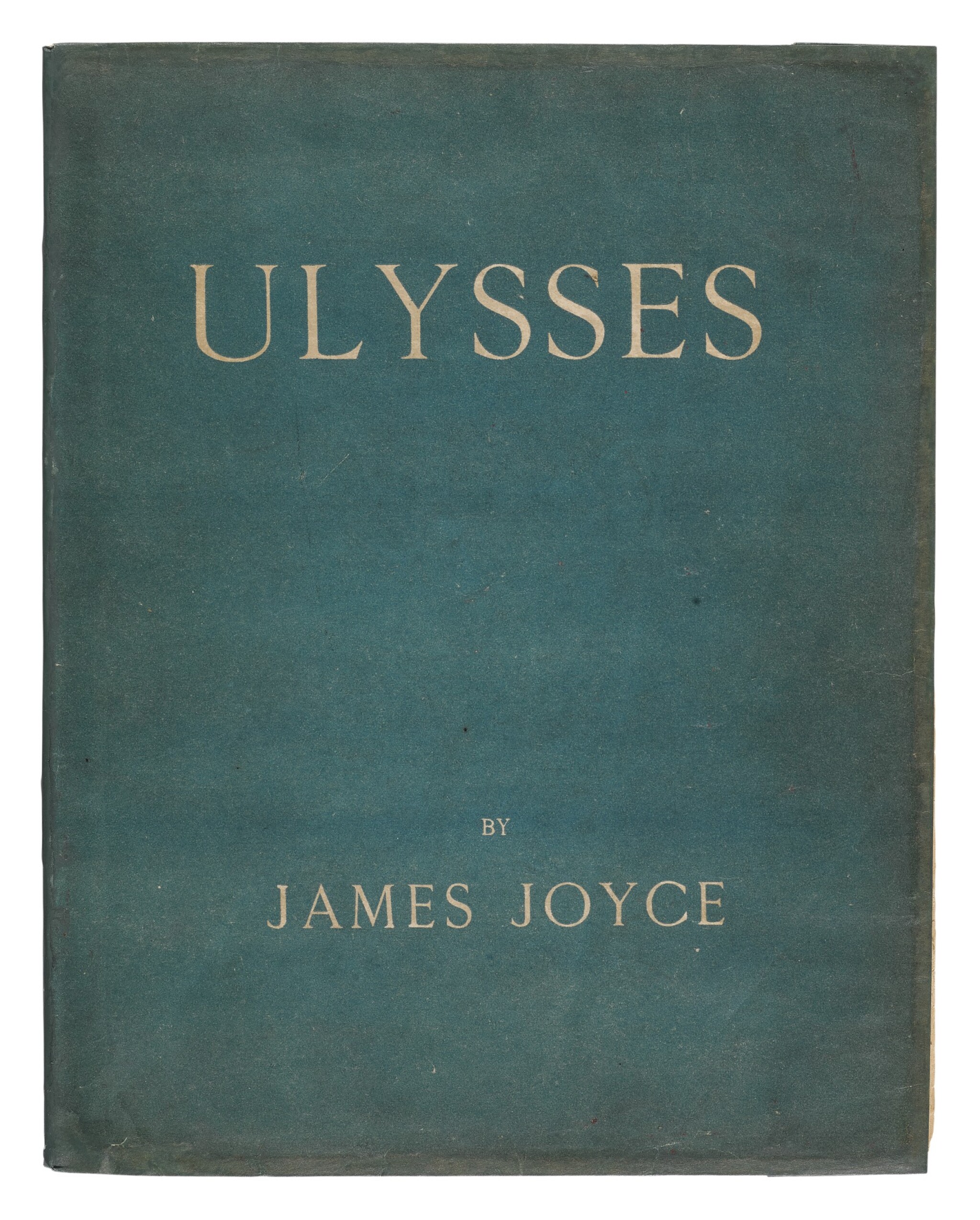 Copy 671 of 750 numbered copies (of a whole edition of 1000) of the first edition of the most important and influential novel of the twentieth century.

﻿The official date of publication for Ulysses was Joyce's birthday, 2 February 1922, but difficulties with the cover meant that in fact only two copies, both from the 1/750 issue, were actually ready that day. No further copies of any issue of Ulysses appeared from the printer until 9 February (when a further batch of the 1/750 arrived), followed by the first of the 1/100 on 13 February, and the 1/50 series on 4 March. It is now thought that this reflects the order in which Ulysses was actually printed.