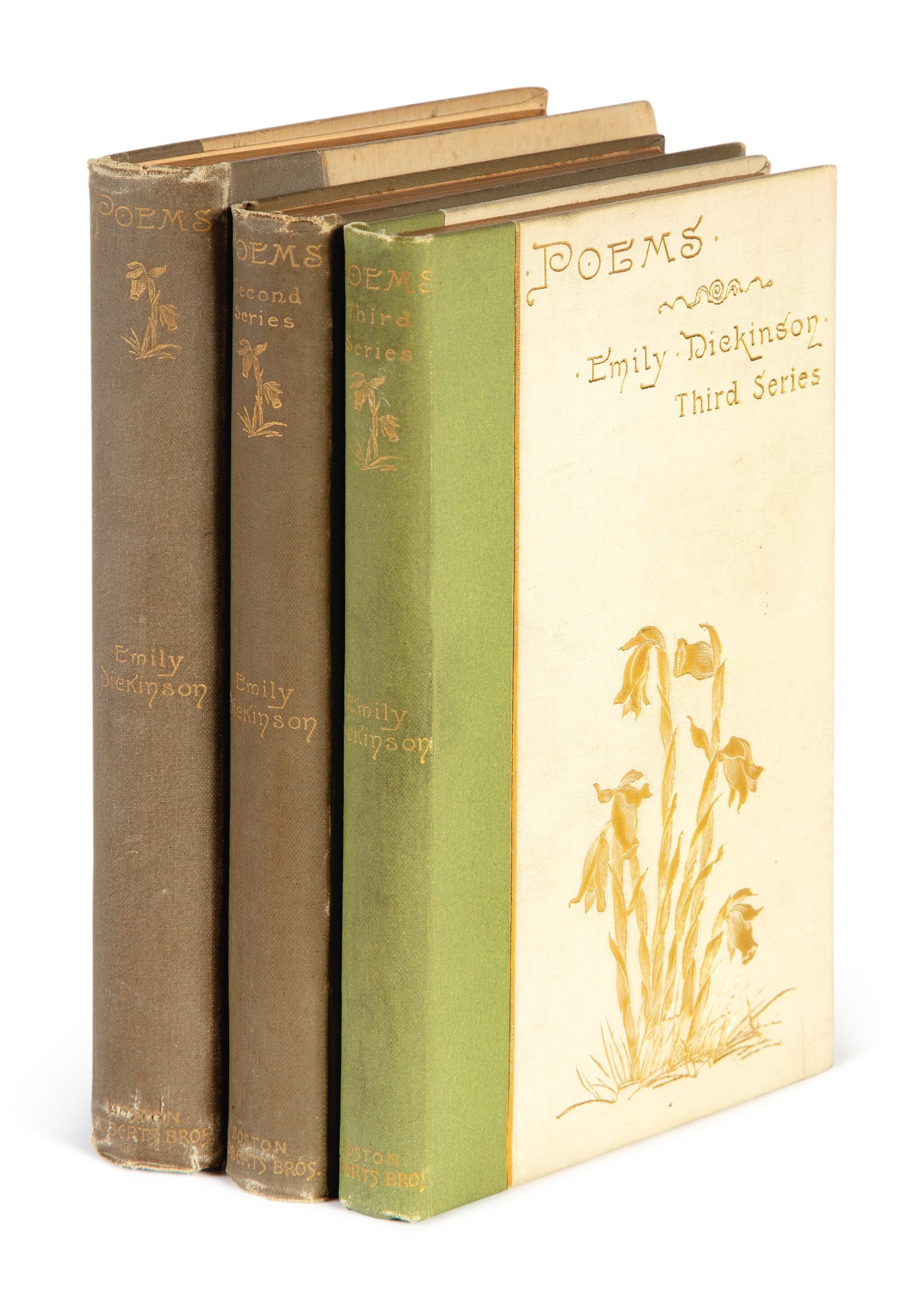 The rare first edition, first issue of Dickinson's first published book of poetry, together with the second and third series of her poems

﻿Dickinson published only 11 poems in her lifetime. It was only after her death in 1886, that her sister discovered a locked box containing 1,775 of her manuscript poems. Mable Todd — a friend of Dickinson's, edited and published the three series. A disagreement between the Dickinson and Todd families led to the manuscripts being split, preventing the publication of a comprehensive edition of Dickinson's poetry for nearly 70 years.